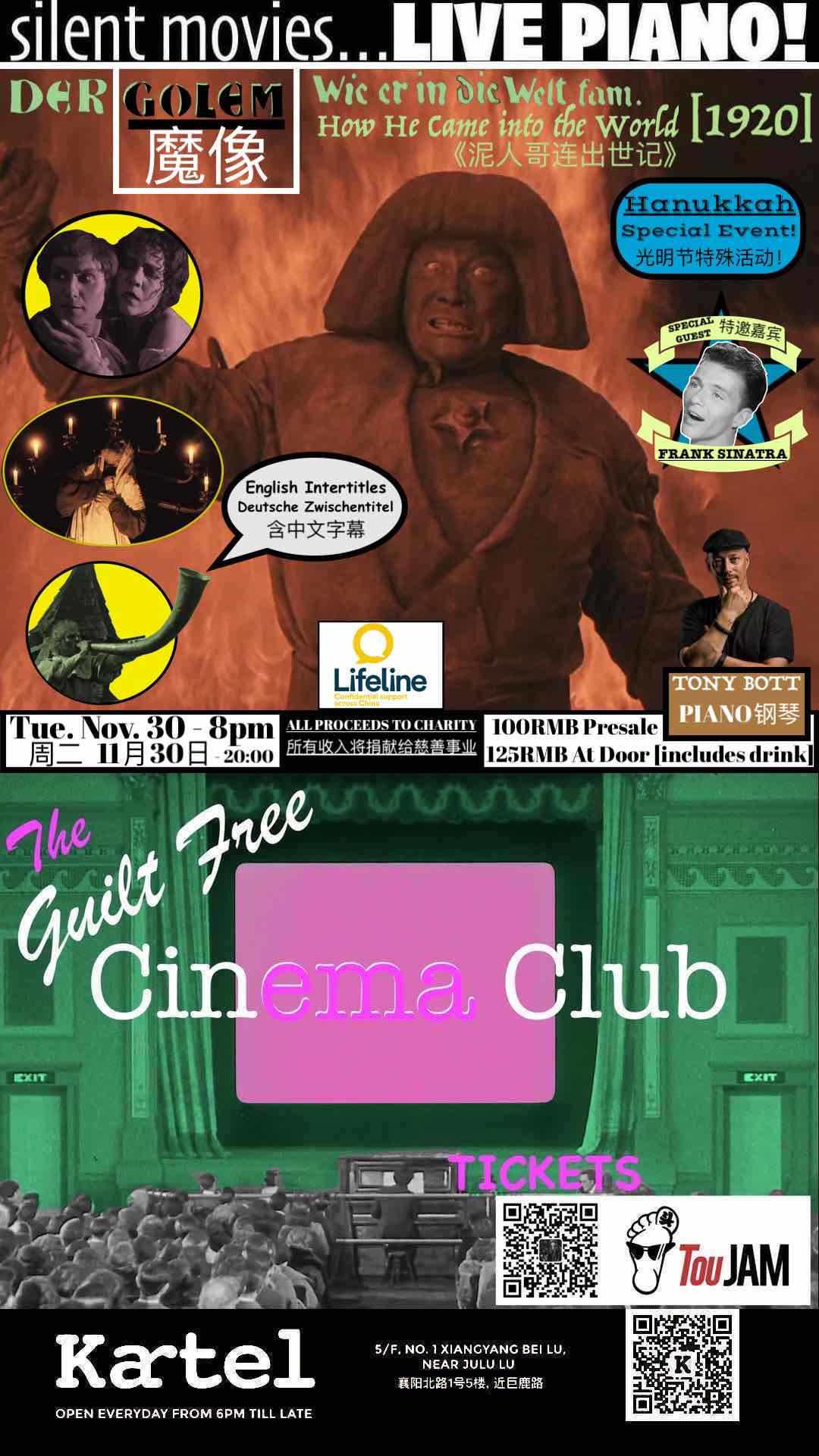 Centuries before the book Frankenstein: or The Modern Prometheus by Mary Shelley, a man-made character with super-strength and limited intelligence, the golem, was told of in Jewish folklore. More than a decade before Boris Karloff became the movies' iconic Frankenstein's Monster, Paul Wagener finished his trilogy of golem films by co-directing, co-writing, and co-starring as the titular character in 1920's The Golem: How He Came into the World.

On November 30 at Kartel we will be screening this German expressionism silent film classic for perhaps the first time ever both in China and with Chinese inter-titles (along with English and its native German language ones, too). It will be accompanied by JZ/Jazz At Lincoln Center musician Tony Bott on keyboards, and with a special talk by DJ BO/Brian O.

Happening on the 3rd evening of Hannukah, it's the perfect way to celebrate the holiday. And to get in the spirit, we'll be donating all proceeds to Lifeline, a mental health support group.