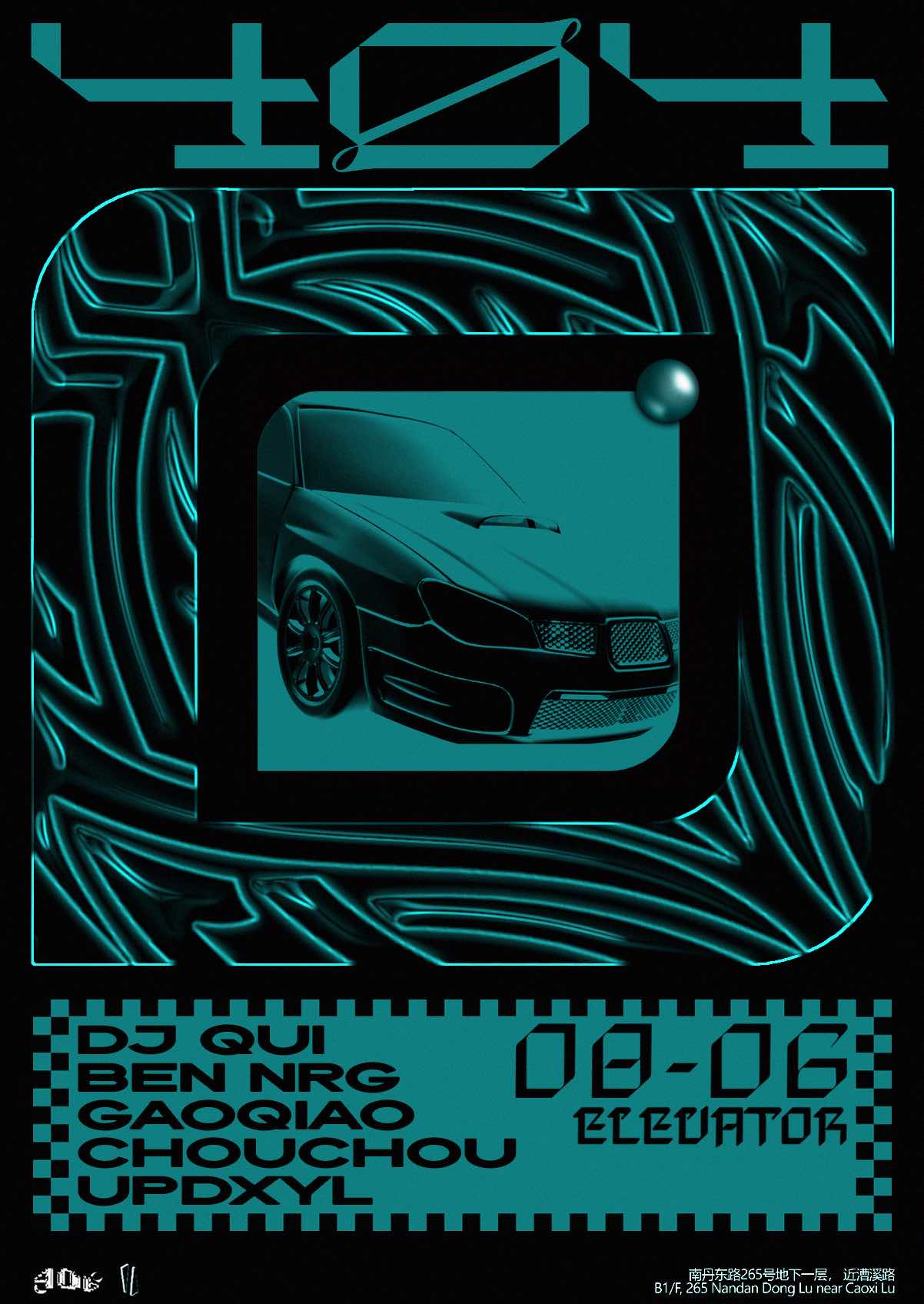 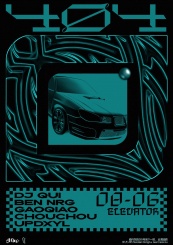 After the chaos of the yeti outbreak in shanghai at the previous 404 at elevator, the bosses have decided on a high speed pursuit  to ensure the outbreak is over.

The roar of the speakers and the high Energy of the ravers is the bottom line.

404 racing HQ have enlisted the cities top high speed racers for the pursuit including; Gao Qaio, Ben NRG, ChouChou, upDXyl and 404 regular and resident DJ, who’s ‘racing’ days in the city are coming to a close... his final moment in the 404 corporation will be a fast and memorable one.