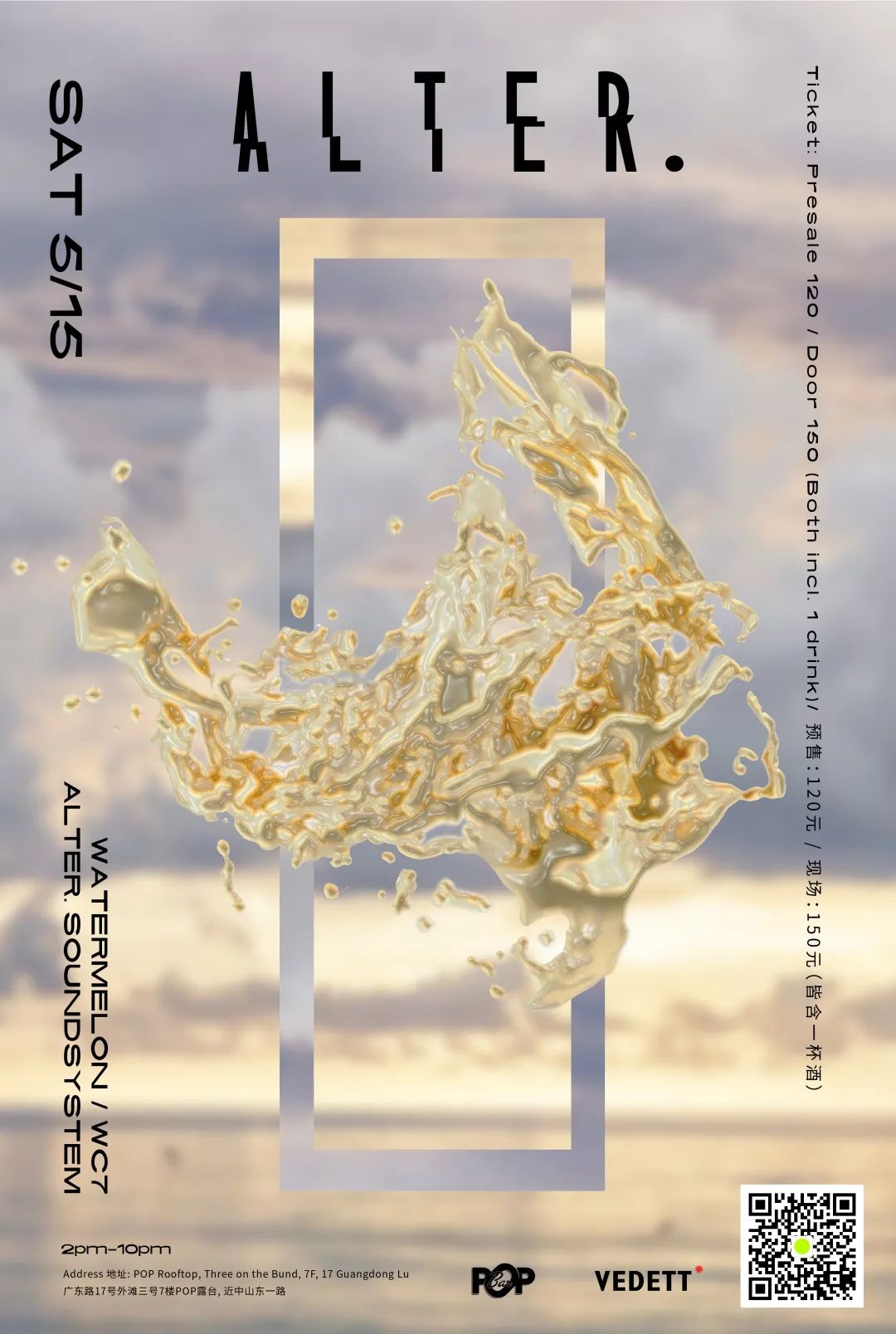 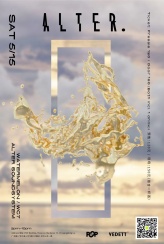 After the huge success of last time out at an ALTER. favourite, Kee Club, this time round sees us pack up the party and travel to another classic venue of ours - Pop Rooftop. Set high above the streets of the Bund, this place has to be seen to be believed with its staggering, unobstructed view of one of the worlds best skylines.

Of course it isn’t ALTER. without some groovy beats to accompany the affair, placed behind the decks we have WC7 and Watermelon - two incredibly experienced DJs who know how to rock a crowd and make them move.

In short, expect the usual: amazing views, the very best in house and disco, stunning backdrops and one hell of a crowd. It can only be ALTER.