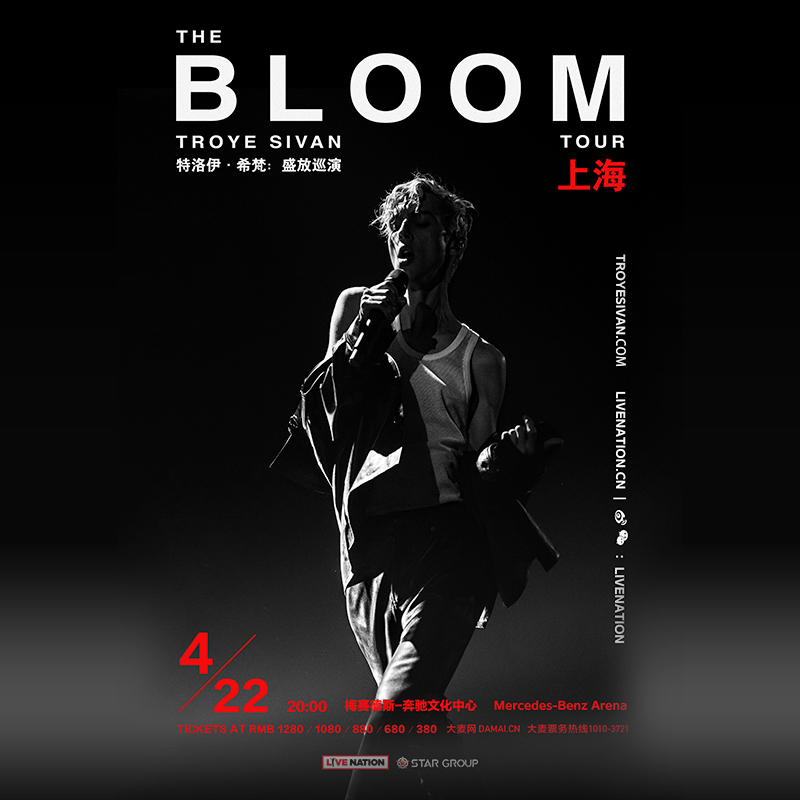 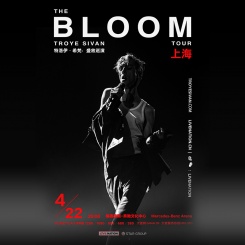 Superstar Troye Sivan is bringing his 'The Bloom Tour' to Shanghai. He's all set to perform at Mercedes-Benz Arena on April 22. The tour follows the release of his critically acclaimed album Bloom. Tickets will be on sale on Monday January 28 at 10am. To get your tickets, click here

Troye was born in South Africa but got his start in his adopted hometown of Perth, Australia. Troye began singing and acting at a young age, but his biggest break came when he appeared as a young Wolverine in 2009's X-Men Origins: Wolverine.

As a child of the digital age, Troye launched his YouTube channel with videos of musical performances, originals and cover songs and later began to upload weekly video blogs documenting the minutia of his teenage life in Perth, which quickly garnered a loyal international audience.

Troye also showcased his acting talents in the 2018 film, Boy Erased, alongside award-winning actors including Nicole Kidman and Russell Crowe.

His debut album, 2015's Blue Neighbourhood, introduced him to the pop mainstream, landing in the Billboard Top 10 with the singles "Wild" and "Youth." In early 2018, he issued the single "My My My!" which soon went platinum in Australia and entered the US Top 100. Additional singles "Bloom" and the Ariana Grande-assisted "Dance to This" followed.

To book your tickets to his Shanghai show visit the e-ticket site.

The 5 Best Live Shows in Shanghai This Week