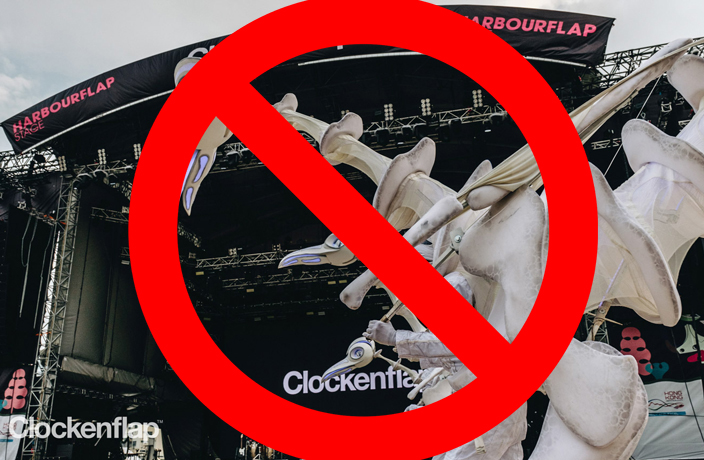 Clockenflap organizers announced on Friday, November 15, that the 12th edition of Hong Kong’s popular music festival has been canceled.

The three-day music fest, which was set for next weekend, released the following statement addressing the cancellation:

“Due to the escalation of the crisis this week, and therefore the uncertainty this creates for the coming weeks, Clockenflap 2019 will be cancelled. Until this week we were fully committed to delivering the festival. Unfortunately, the situation has now made this impossible. To everyone who bought a ticket for Clockenflap, we’d like to thank you for your support. We will give full refunds on the selling price paid for the tickets purchased from official ticketing channels. Details will be sent directly to the customer who placed the order. The refund process will be completed within 4 weeks. While it pains every one of us at Magnetic Asia to cancel Clockenflap 2019, we still believe in bringing people together in positive ways, and will continue to unite people through the power of music and arts…”

The festival’s lineup included acts like Mumford and Sons and Lil Pump as well as a burgeoning group of Asian artists. While The Kooks were also slated to perform at the Hong Kong festival, their lead singer announced earlier this week that they would be a no-show due to health concerns.

READ MORE: Check out the Highlights of This Year’s Clockenflap Music Festival