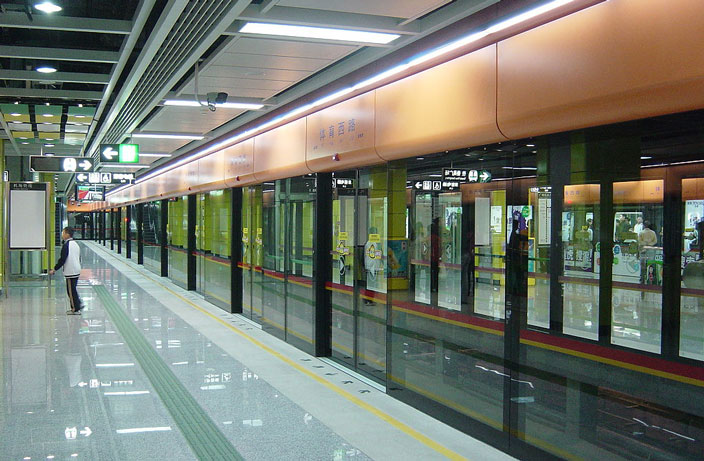 If you find commuting on Guangzhou’s expansive subway system stuffy and cramped, it’s not without reason: Guangzhou Metro is reportedly China’s busiest, according to a report by the China Association of Metros.

GRT Radio reports that the national-level association for urban rail transit has stated that Guangzhou’s metro network is the country’s “most congested form of mass transit” and that Metro Line 1 sees the highest passenger volume nationwide.

Unsurprisingly, the centrally located Tiyu Xilu Station (pictured above) is China’s busiest, with the highest average daily passenger numbers and 840,000 trips starting from or finishing at the station each day.

Other fun stats dished out in the report: Guangzhou Metro is the nation’s third largest system, with an overall length of 400 kilometers, and 58 percent of China’s metro passenger volume is based in Guangzhou, Shenzhen, Beijing and Shanghai.

Guangzhou’s subway system is growing at breakneck speed. At the end of 2018, three new lines opened in the city, including Line 14, which is the first subway route to service Conghua District.

READ MORE: Over 1 Billion Trips Taken on Guangzhou Metro in 2018