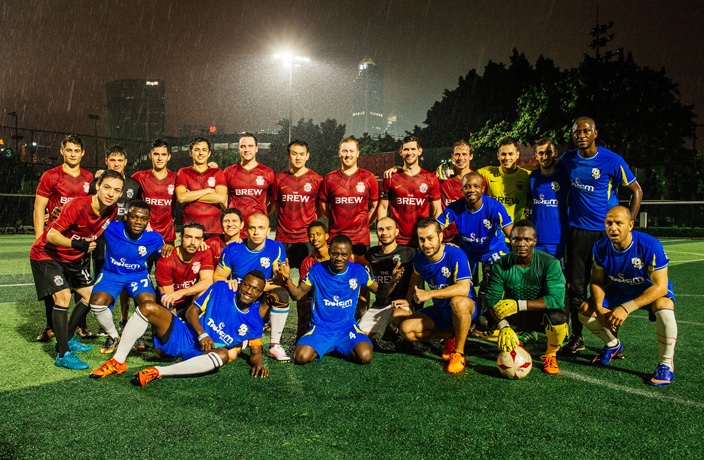 With the eyes of the global football family firmly fixed on France this month, the local scene is gearing up for a thrilling end to the latest campaign in the popular Guangzhou International Football League (GZIFL).

The league has been a permanent fixture on the Guangzhou sporting calendar since it launched in 2005 and has brought a huge amount of joy to many hundreds of would-be football stars in the city. I know because for nine years I was one, proudly wearing the green of the Paddy Field. Winning the title in 2007 remains one of the greatest memories of 13 years living here.

James O’Dowd, joint owner of Rebel Rebel bar, has been the man responsible for successfully running the league for more than a decade, although he admits to selfish reasons for setting it up.

“We used to play for the Elephant and Castle and would have games every Saturday,” he recalls. “But it was very disorganised, playing on some field, against some team. We wanted to make it easier, with a regular venue against regular opponents – and so the league was born.” 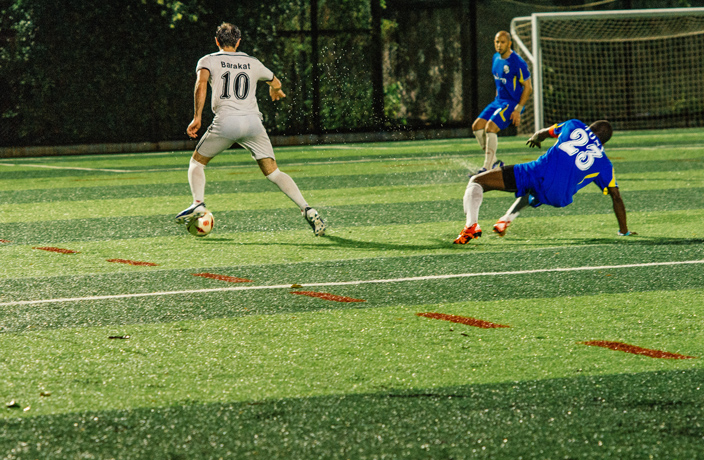 Having initially been based south of the river in Baogang, the Tianhe pitches at the corner of Tiyu Donglu and Tianhe Beilu have been the permanent home for almost a decade. The fields are perfect for the 8-a-side games and all varieties of human life that comprise the teams. Diplomats, students, teachers, and businessmen of all shapes, sizes and ability have sweated buckets under the gaze of the city’s most prominent skyscrapers.

“One season we actually had teams in two divisions,” O’Dowd explains. “But teams come and go and this year we have a competitive group of ten battling it out.”

O’Dowd, like his beloved Aston Villa, recently gave up playing football regularly but remains actively involved in the league, now with a whistle between his lips. Getting a “man in black” has always been crucial and the increasingly competitive nature of the league means it is not always easy keeping order. 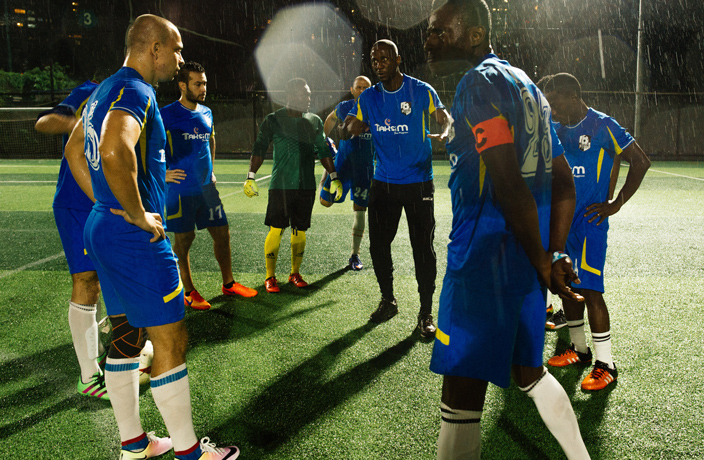 Two of the most famous names from the early years of the league have now gone, the E&C and my old team, the Paddy Field – the former replaced by Taksim Allstars and Jon Smith, once a Paddy stalwart, now running Colliers. Taksim, with a strong African presence, has been battling it out at the top with the Spanish and French based lads from Revolucion and the Brazilian samba boys from Latin Grill House. It’s a truly international tussle, when you add in the ever-present Japanese side, Pearl River United with a Middle Eastern base and the Brits from McCawley’s.

Sponsorship has always been a key part of the league, as Nigerian Frankie Iwobi from Taksim explains: “We used to play for Elephant and then became Allstars before Taksim came in to buy our kit, pay the league fees and money for the training pitch.”

A former teammate of O’Dowd, Iwobi loves the way the league can bring the international community in Guangzhou together. “It is friendly football with different people from different places,” he observes. “I have seen it grow in popularity and I recommend anyone get involved.” 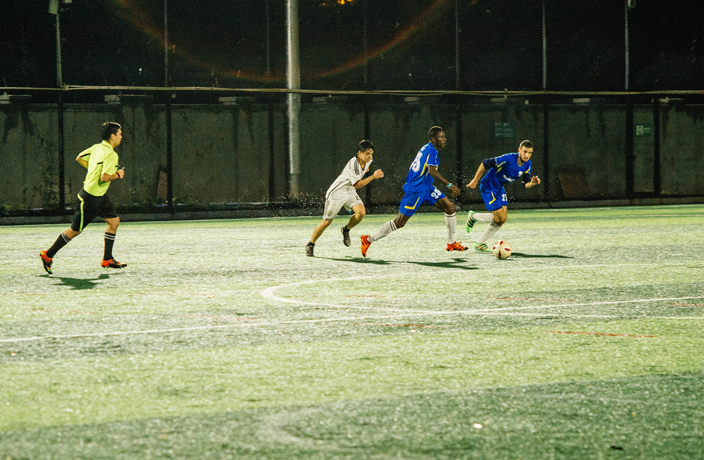 Frankie has travelled around China and rates the GZIFL as the league that has the best organization and highest standard of football.

So if you fancy getting involved in the league, head down to Tianhe this month to watch the climax of the season and check out possible options for playing when it kicks off again after the summer break in September.

Alternatively, pop down to see O’Dowd at Rebel Rebel on Tiyu Donglu or check out the website at www.gzifl.org.

Trust a man who knows – YOU WILL LOVE IT! 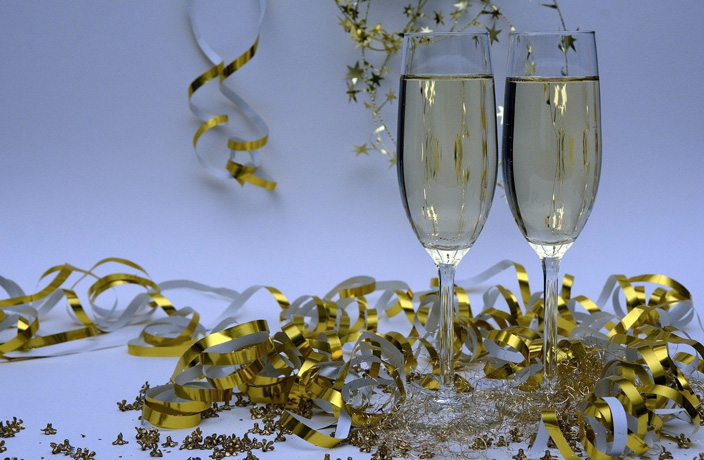 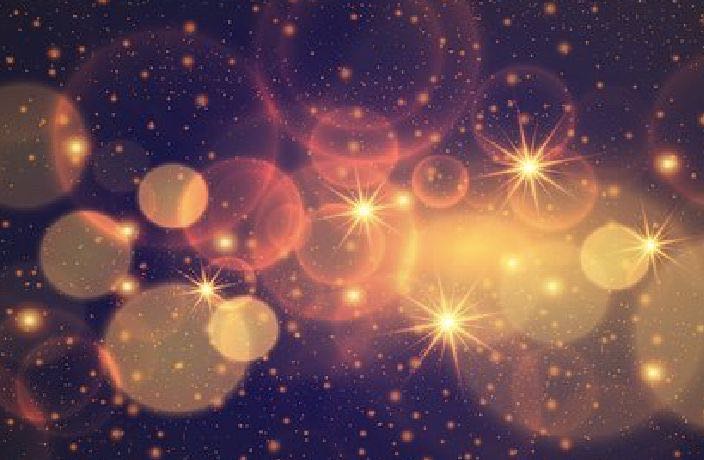 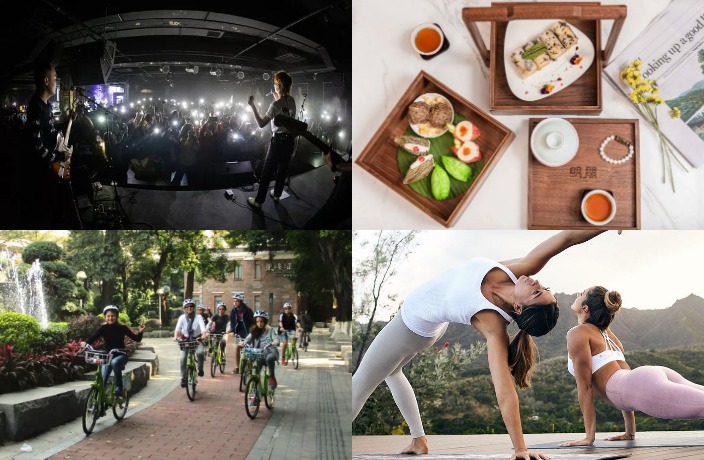