Preliminary investigations into the recent ground collapse that took place on Beijing's Denei Avenue suggest that it was the consequence of an three-story underground complex being dug under the property by owner Li Baojun, a National People's Congress representative for Xuzhou, Jiangsu Province.

According to local residents, digging had been going on there for five years. In April 2010, Li spent millions to purchase the property rights to the five houses to the west side of the courtyard home at 93 Danei Avenue. in April 2010. In October that year, three construction workers died on site due to a lack of oxygen. As the locals put it, "this house is cursed."

Although they admitted to issuing a project planning license to Xu, Beijing's Urban Planning Committee clarified that the license only permits renovations above ground, meaning that Xu’s mega-cellar operation was completely against regulations.

The sinkhole has now been filled with four thousand tons of concrete - a consideration for its delicate location 100 meters from Shicha, 300 meters from Beijing Subway line 2, and two kilometers from the Summer Palace. 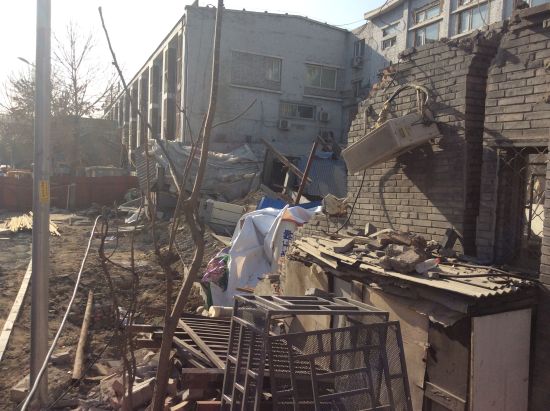 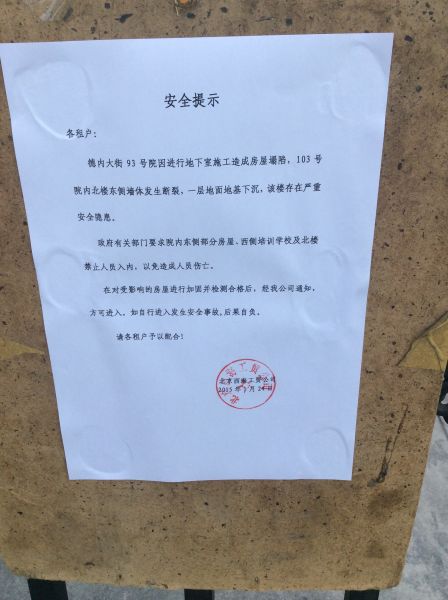