Police in Jiangxi Province have arrested the driver of a van found to contain more than 200 human placentas, CNS reports.

According to the driver of the van, which was stopped on the Zhang-Ji highway near Ji'an and has since been seized by police, all the placentas were purchased from hospitals in Ganzhou and Ji'an and were on the way to Henan Province for processing and sale.

Dried placenta is believed to have health benefits and is often used in traditional Chinese medicine. Trade in human organs is illegal in China, but placenta seems to fall into something of a legal grey zone, with many TCM pharmacies stocking dried placenta in pill form. 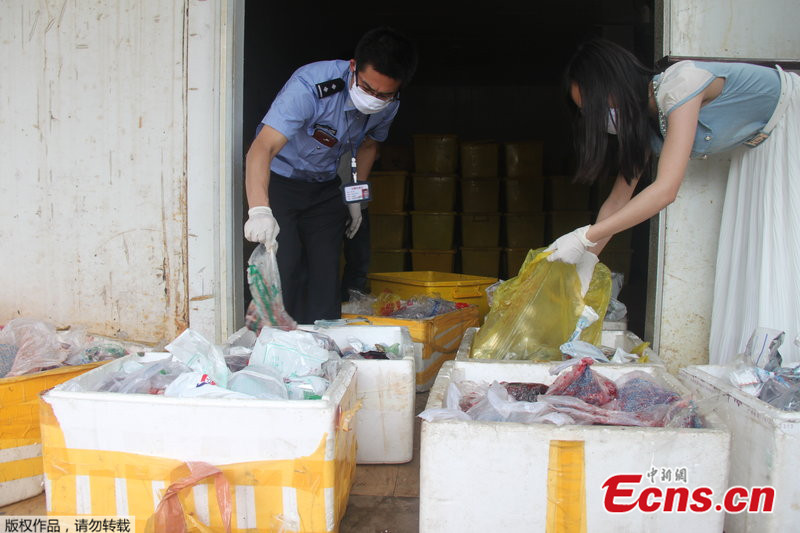 The most representative sexual fantasy of 21st-century China. An employee of a security company in Xi'an, Shaanxi province has been arrested for stealing over 200,000 yuan ($33,000) from an armoured transport car. A French hotel owner called police after two Chinese tourists attempted to settle their bill with €1 coins, the BBC reports.