Chinese New Year is a sentimental time, with recent videos by Nike and Apple helping to drive home the point. Apple’s newest ‘Shot on iPhone’ film allows viewers to understand the importance of family, generational differences and the hardships for many in the Middle Kingdom.

The eight-minute video, titled ‘Daughter,’ features a single mother getting by as a taxi driver while her daughter rides in the backseat. The plot of the emotion-stirring video is based on the real-life story of a single-mother taxi driver, named Li Shaoyun, according to Sixth Tone.

Throughout the video, the woman, played by actress Zhou Xun, drives her daughter around the city in a yellow cab while picking up fares, being reprimanded on occasion for bringing her child to work.

Every now and then, the film flashes back to arguments had between the woman and her own mother. “Find yourself a good man… so you can have a better life than me. That would make me happy,” the mother tells her, to which the woman responds, “That’s old thinking, Mom. I don’t need to depend on someone else to make me happy.” 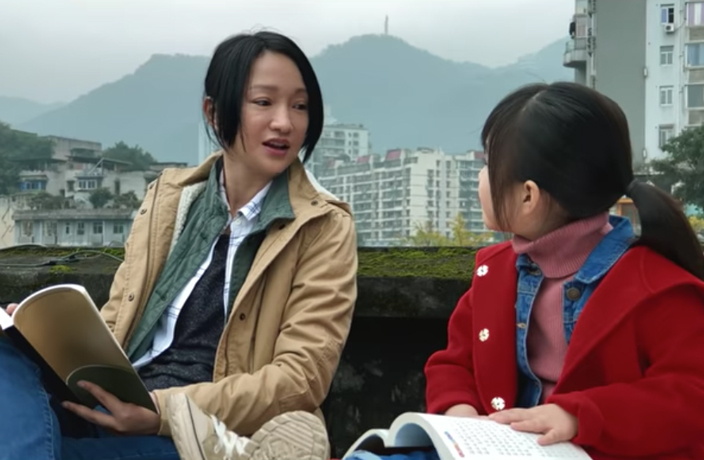 However, the young mother takes a different approach with her child, teaching her to “see the world any way you like,” as they drive around town.

One day, the two strike up a conversation about dumplings, a Chinese New Year tradition, and the mom tells her child her favorite: leek and egg, admitting that she hasn’t eaten them in a very long time.

Fast forward to the ending, and the two are driving on a rainy Chinese New Year eve night, and pick up one last passenger before going home. What happens next, you have to see for yourself…

(Outside of China? Watch here.)

According to the video description by Apple on YouTube, the film was shot on an iPhone 11 Pro by Oscar-nominated director Theodore Melfi. Last year, the company released a short film called ‘The Bucket,’ which was a foodie-focused New Year-themed video.