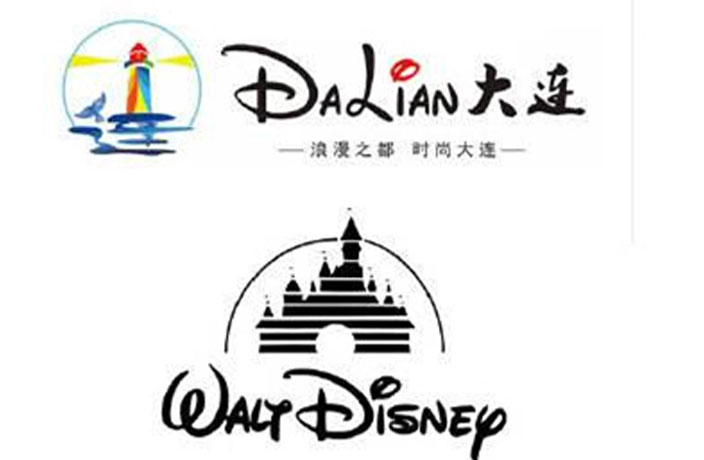 The winning logo of a Dalian tourism competition was unveiled last week and netizens were quick to sound off on the design. One look at the winner and you can see the strong resemblance to Disney’s iconic logo, as the same font is essentially used.

After the backlash, Dalian Culture and Tourism Bureau released this official Weibo statement on December 17:

“The event organizer attaches great importance to this and immediately organizes relevant parties to conduct an investigation. The investigation is currently underway and the results of the investigation will be announced to the society as soon as possible. The event organizer once again reiterated that in accordance with the established judging rules, participants should guarantee the intellectual property rights of their works. If they report violations of other people’s intellectual property rights, once they are verified, they will be disqualified from the competition and their rewards will be recovered.”

The tourism competition, 大连有好礼 or ‘Dalian Gifts,’ was launched in June with the aim of highlighting the city’s culture by picking a souvenir or gift that would best represent Dalian. The statement further explains that the winning logo of this competition would not be the city’s official logo, but will be used as the logo for souvenir packaging.

Most commenters remarked on the judges’ shortsightedness, “Can anyone judge? If the judges don’t even know the most famous logo in the world, how can they be a judge?”