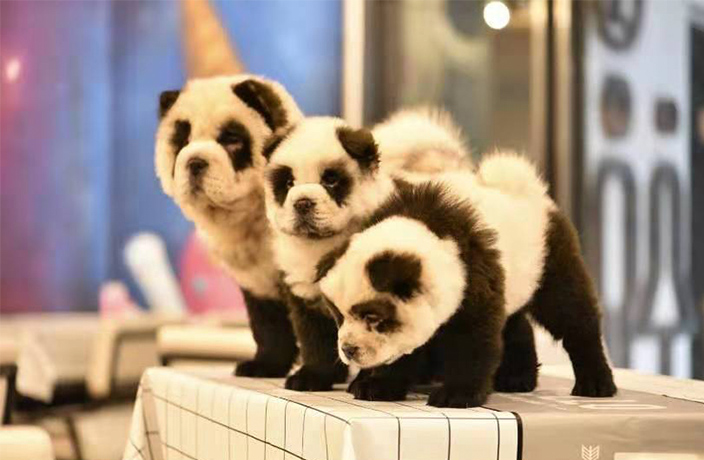 Animal cafes have become popular in recent years, where patrons can cuddle with a variety of animals from cats to owls and even rodents. In this era of clicks, likes and shares, cafes and restaurants must think about tailoring their business for social media in order to gain a competitive edge. One pet cafe in Chengdu might have taken it too far, as they are now facing backlash for dyeing their chow chow dogs to look like mini panda cubs.

Cute Pet Games opened up in Chengdu, Sichuan province last month and features six ‘mini-pandas’  – a stunt that went viral on Weibo. Pandas are popular in Sichuan as the endangered species is now restricted to certain mountain ranges in Sichuan, Shaanxi and Gansu provinces. In a video posted by Chengdu Economic Daily last week, Mr. Huang, the manager of the cafe explained that his pet-dyeing service is also available to customers for a fee of RMB1,500. 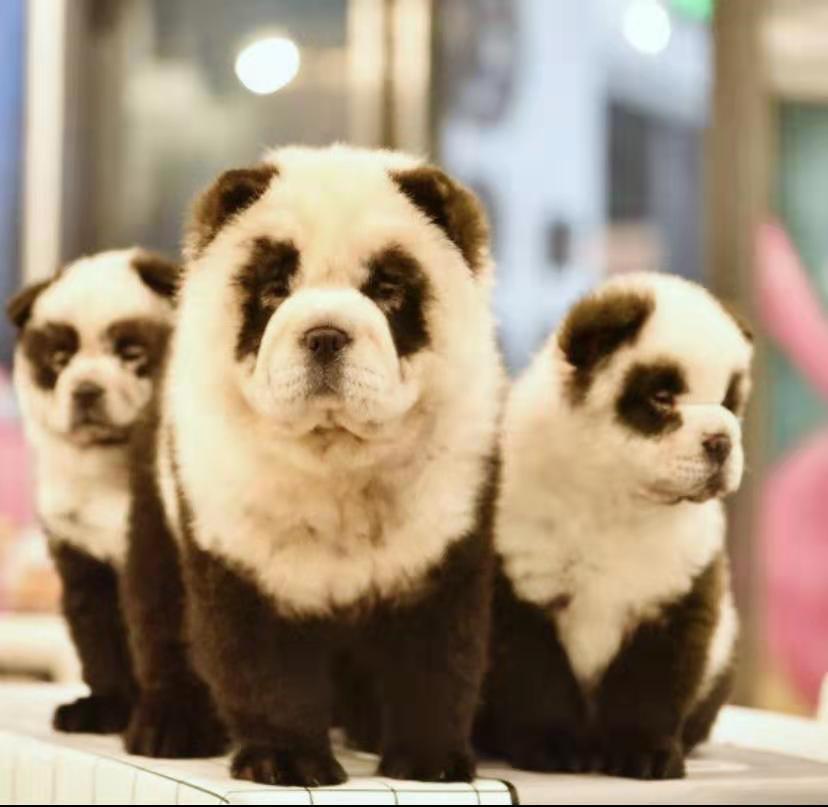 Naturally, when the video was posted online, the masses were concerned with the safety of these dyes for animals. One netizen stated, “Hair dye can damage people’s hair and scalp. Now you tell me that dogs are dyed without damage? I can’t believe there’s someone that thinks this is true?”

Hongxing News consulted the head of a pet hospital in Chengdu who stated, “In general, it is not recommended to dye pets, as it may cause damage to hair and skin.” Cute Pet Games posted an official statement on Weibo explaining, “The dogs are very healthy, in regards to the problem of dyeing, the dyes we use are imported from Japan and made from pure plants. They do not affect the hair or skin of dogs. We also don’t dye the dogs with inferior dyes or paste.”

Animal activists urged others to not support businesses which profit at the cost of safety of animals, one user tweeted, “Violating animal rights for personal gain cannot be forgiven.” 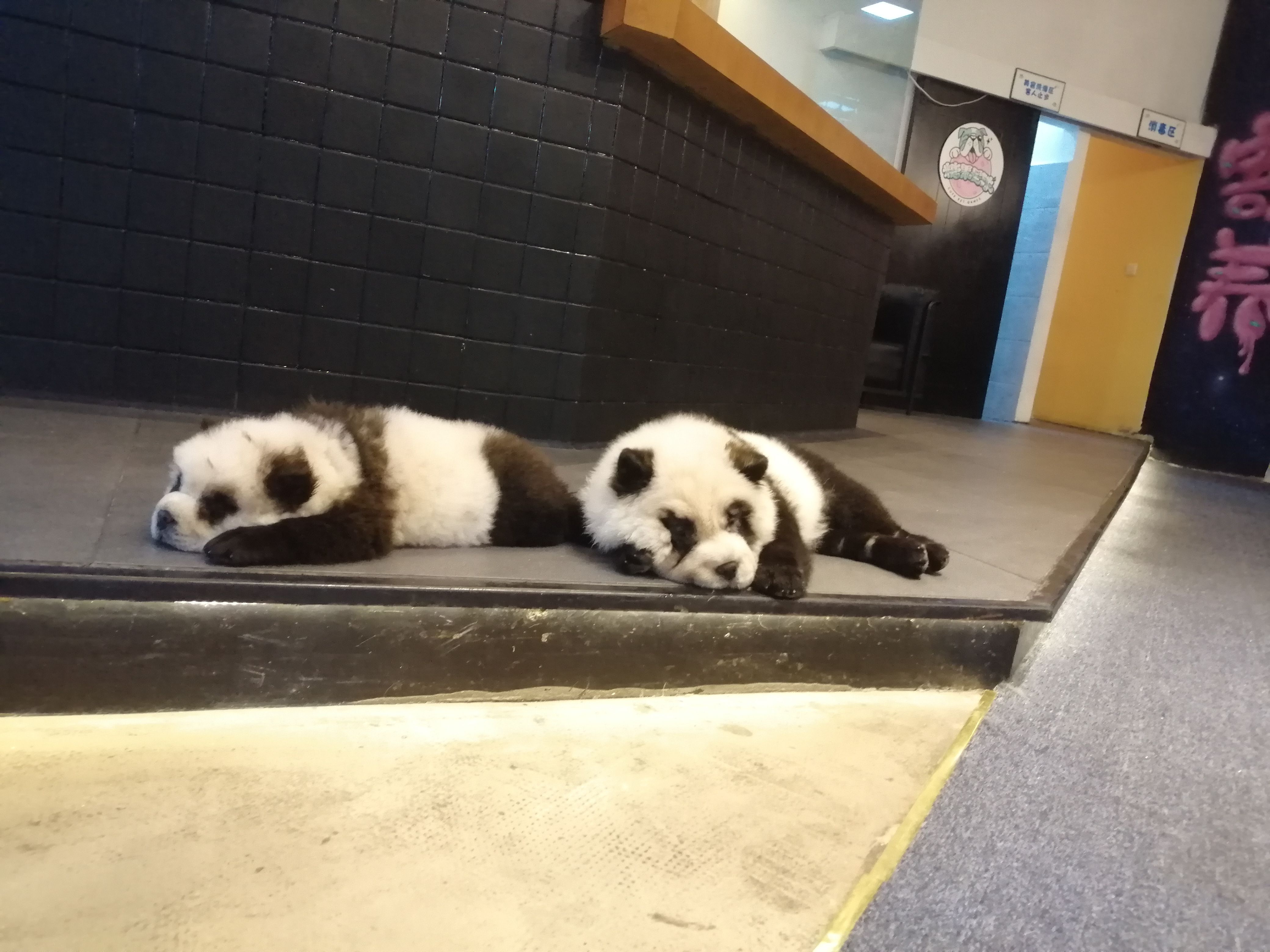 Last Tuesday, the cafe defended itself on Weibo by saying, “As their owners, their lives are much better than ours. They are also very healthy. Netizens please don’t project your thoughts on to us.” The cafe has also discontinued the dyeing service for other customers’ pets.

Watch the ‘pandas’ in action below (VPN off):