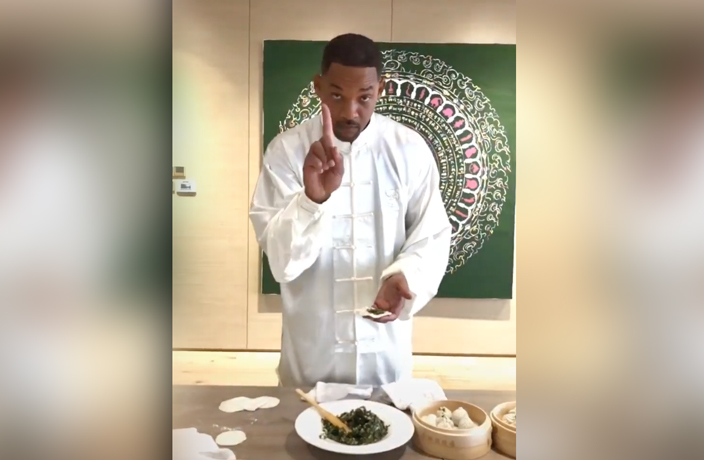 The ‘Fresh Prince’ is now a member of the Douyin community, adding multiple short videos onto one of China’s biggest social media platforms.

A popular movie blogger (@光景莫里斯) posted one video from Smith’s Douyin account where he wraps jiaozi while sporting some traditional Chinese garments, and Chinese netizens ate it up.

Watch below to see the man show off his Chinese dumpling wrapping skills (VPN off):

Comments underneath the video were pouring in on Weibo, with many amused by the movie star’s antics. “What’s he trying to do? Seems like this bro has been watching too many Douyin videos!” one user wrote. Others offered up fair advice for the A-lister, with one netizen commenting, “Your [baozi] filling is too small!” Unfortunately, we didn’t hear Smith show off with some putonghua like our guy John Cena. Keep practicing, Will!

Smith’s latest movie, Gemini Man, was released in Chinese theaters last Friday, and led the Chinese mainland box office on its opening date, bringing in over RMB55 million on its premiere date, according to China Movie Data Information Network, as cited by Xinhua. The movie currently has a 7.1 out of 10 rating on Douban Movie, China’s version of Rotten Tomatoes. However, the film hasn’t fared so well in Western markets.