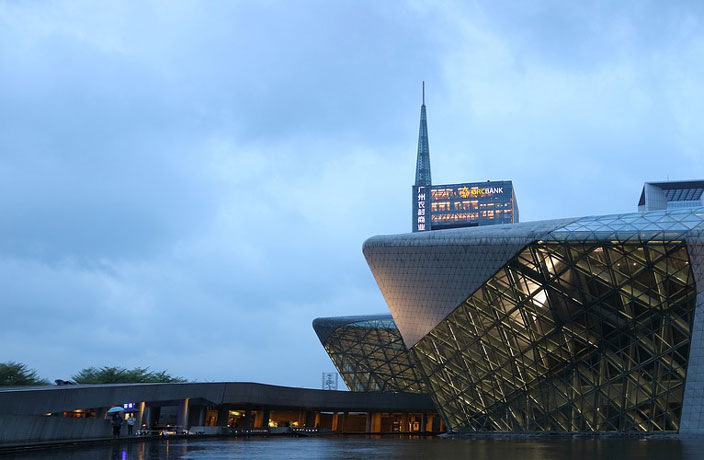 Guangzhou is ramping up its 5G development plans.

Since undergoing field tests for China’s first 5G base station at the Guangzhou Higher Education Mega Center in June 2017, Canton has been on the fast track for a 5G future.

In recent months, the city launched a 5G base station at Baiyun International Airport and equipped a city bus route with 5G technology.

On Tuesday, Guangzhou officials said the city is expected to build 14,600 5G base stations by year’s end. Base stations are an integral part of 5G infrastructure used to connect users to the network. They play a similar role as large cellular-antenna masts, however are much smaller and can be attached to buildings and utility poles more easily, according to Network World.

As of the end of June, 5,000 5G base stations have been opened in Guangdong’s capital city, according to China Daily. Needless to say, the city has its work cut out if they hope to nearly triple that number in the next five months.

Guangzhou authorities from the Bureau of Industry and Information Technology also noted that the number of 5G base stations will surpass 65,000 by 2021. In order to accomplish this lofty goal, the city will need to set up over 60 5G base stations a day until December 31, 2021. At that time, Canton would have uninterrupted 5G network coverage in the major districts as well as other key areas.

Although 5G has yet to be integrated into your daily life (the latest generation of cell network technology is still only available on a small number of smartphones), it’s projected to have a colossal impact on not just your life but also society.

The build-out of the 5G network is expected to boost development in Guangzhou’s tech-heavy industries, such as AI and electronic manufacturing, which could have an estimated value of over RMB800 billion by 2021, according to China Daily. China Academy of Information and Communications Technology notes that 5G technology is also expected to create over 8 million jobs by the end of 2030.

In the beginning of July, Technode published an article, titled ‘Race to the 5G metropolis,’ which gives an in-depth look at five Chinese cities spearheading investment in 5G development; however, Canton was exluded from the list.

Technode reports that Shenzhen plans to build out 8,500 5G base stations by the end of 2019 while Shanghai expects to deploy 10,000 by 2020. Beijing, Hangzhou and Wuhan are also playing significant roles in funding 5G investments and projects with government support.

With this recent announcement, Guangzhou looks to be shifting gears in the 5G race.