He was a Chinese man who came to Britain in 1933 and stayed for the next 18 years living in London’s literary and artistic enclave of Hampstead and, for most of his sojourn, the university town of Oxford. During those nearly two decades, that spanned WW2, Chiang Yee 蒋彝 became the author of the Silent Traveller series of books, much loved for their Chinese perspective on Britain’s landscapes and people.

In 1955 he moved to the US, and then, in 1975, and after a forty absence, he returned to China. He is buried on the slopes of Mount Lu, close to his birthplace of Jiujiang in Jiangxi province. Though several of Chiang Yee’s Silent Traveller books remain in print, they can all be found second hand in used bookstores and on the internet. Chiang Yee is not quite completely forgotten, but he has slipped from the general public’s memory. Perhaps that is now changing...

On Saturday June 29, 2019 an audience of about a hundred academics, Sinologists, art lovers, curious locals and some descendants of Chiang Yee who still live in the UK gathered in Oxford to celebrate his life, work and the unveiling of a Blue Plaque to commemorate his Oxford years. Blue plaques are permanent signs on buildings across the UK commemorating the link between that location and a famous person or event.

It’s a considerable honor to get one dedicated to you –  the recipient must be proved to have made a worthwhile contribution to British life, art and culture. The application to erect a Blue Plaque to Chiang Yee was underpinned by academic research from the University of Westminster’s ‘China in Britain’ project. It was vetted by art historians at Oxford University and supported by Chiang’s major biographer, Professor Zheng Da, who teaches at Suffolk University, Boston, and who flew over especially for the unveiling.

The day was kick-started by a sell-out symposium at the famous Ashmolean Museum in central Oxford. ‘The Silent Traveller: Chiang Yee in Britain 1933-55’ was organised by Dr Anne Witchard (author of Lao She in London) from the University of Westminster. The keynote address was given by Professor Zheng, who was joined by celebrated author Paul French (author of Midnight in Peking), acclaimed historian of China, Frances Wood, and other China experts to discuss the surprisingly eventful life behind the modest persona of the self-styled ‘Silent Traveller.’ 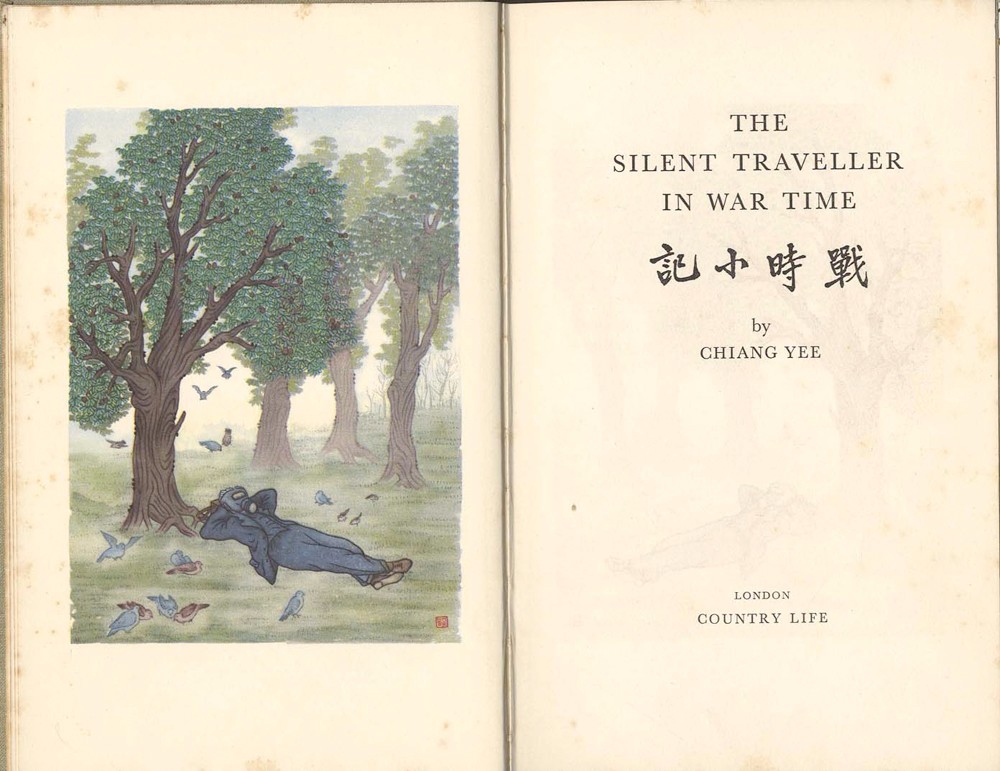 Chiang Yee was born into a wealthy family in Jiangxi province, Southwest China, in 1903. His father was a successful portrait artist who encouraged Chiang’s early interest in painting and calligraphy. Life in early-20th century China was characterised by upheaval as the country was torn apart by struggles for political power following the end of imperial rule in 1911.

In the midst of this turmoil, calls for social change engendered a powerful movement to reinvigorate Chinese culture and establish a modern identity for China. Following the end of the WW1, many Chinese artists and intellectuals came to study in Europe and America. They came to learn about politics, law, science and literature from a western perspective, in order bring new ideas back to China. Most of those who left to study abroad eventually returned to live in China but some, including Chiang Yee, stayed to make a life for themselves for several decades before going home.

When Chiang Yee arrived in Britain in 1933 there was already a small, but significant Chinese community in the UK, concentrated in Liverpool and London. Established in the late 19th century, by 1931 the UK census recorded 1,934 Chinese living in England and Wales. Many worked as sailors on the merchant shipping routes, whilst others were employed in laundries, shops and restaurants. Popular perceptions of Chinese people were commonly based on sensationalist press stories and caricatured stereotypes in novels and films.

Chiang Yee lodged for 15 years in the front room of an unassuming terraced house in Southmoor Road, Oxford. His move to Oxford came after the first night of the Blitz in September 1940 when Chiang’s London home (and much of his original art work) was destroyed by a bomb.

His first major publication on Chinese painting marked the beginning of a period in which Chinese intellectuals began to communicate information and ideas about their culture to western audiences directly. Not only did Chiang Yee’s books and lectures on Chinese art and culture signal the beginning of a new era in which Chinese people began to represent their own culture themselves, but The Silent Traveller books, with their alternative presentation of Britain, were an innovative attempt to synthesize two diverse cultures at a time when the Orientalist model persisted as a dominant influence in the collective British consciousness.

Chiang became established on London’s art and literary scene as a lecturer and commentator, spending a great deal of time commuting between London and Oxford. Throughout the 1930s and 1940s, Chiang was regularly invited to contribute to BBC radio programmes to discuss Chinese art, poetry and literature. He also published a series of children’s books, guides to Chinese calligraphy and produced hundreds of sketches and paintings of London Zoo’s first pandas from China – Song and Tang with their baby Ming. 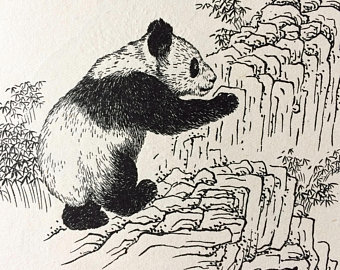 And so, eventually, 64 years after Chiang Yee packed his bags and moved away from Oxford to the US a crowd, including Oxford’s mayor, gathered outside 28 Southmoor Road to unveil the Blue Plaque. Performing the unveiling was Rita Keene Lester, a little girl aged three when Chiang Yee first came to lodge at Southmoor Road with the Keene family.

Rita recalled her memories of 'Uncle Chiang' who, during the difficult years of WW2 would go fishing on the Cherwell River, come home with a carp and cook it Chinese style, much to the delight of a family living on boring and minimal wartime rations.

Finally, the award of this Blue Plaque to Chiang Yee recognizes a growing public awareness of the lack of recognition of the contributions of eminent Asian people to British society. Back in 2016, newspaper headlines in UK newspapers asked “Where are the Blue Plaques for Asian people?” Then Britain had only two plaques to Chinese people – one to the writer Lao She in London’s Bayswater district and another to Dr Sun Yat-sen in the Hertfordshire village of Cotered. Now Britain has a third – to “Chiang Yee, Artist and Writer – The Silent Traveller” 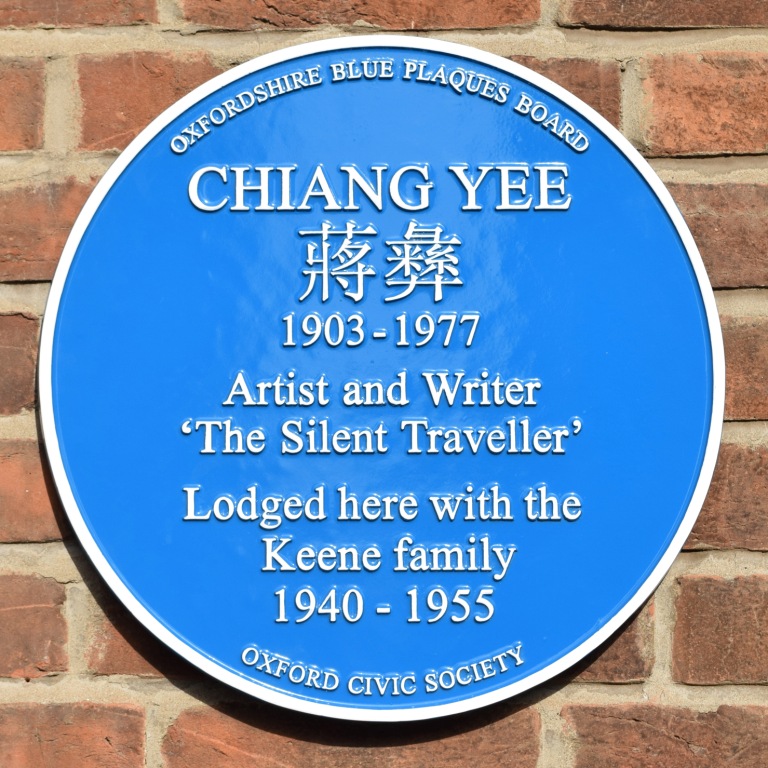 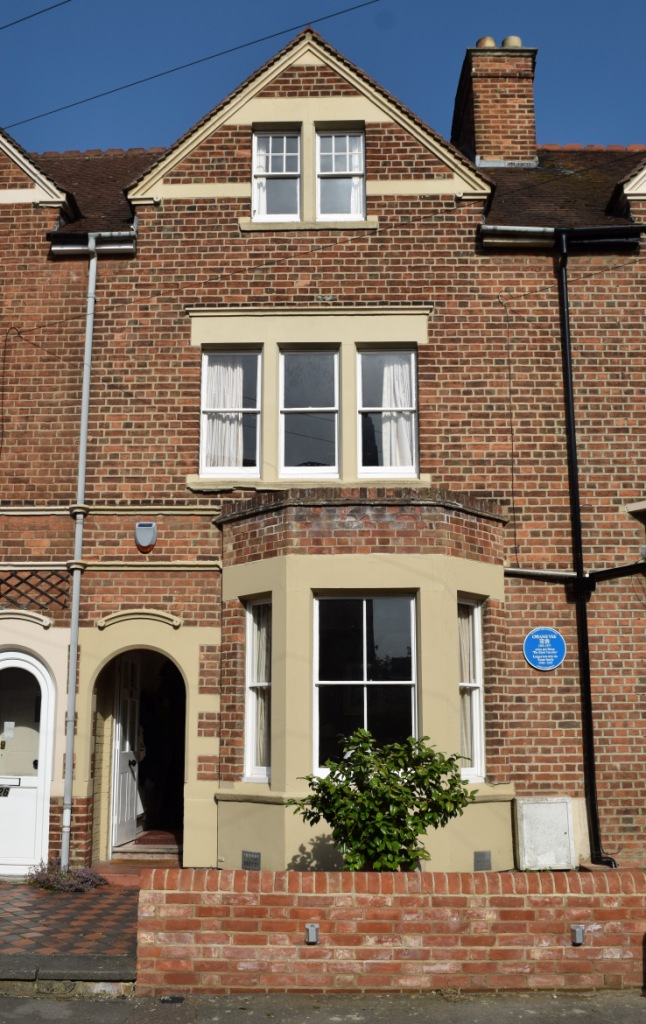 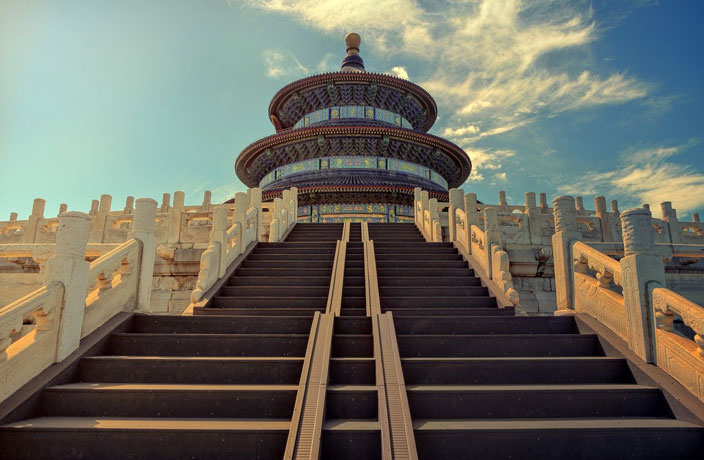 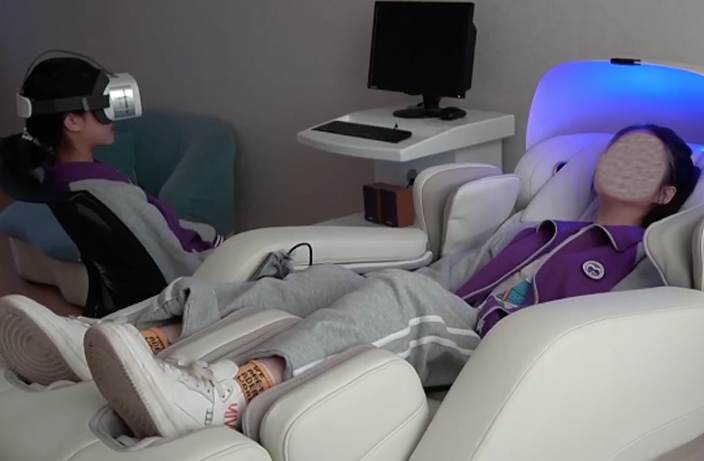