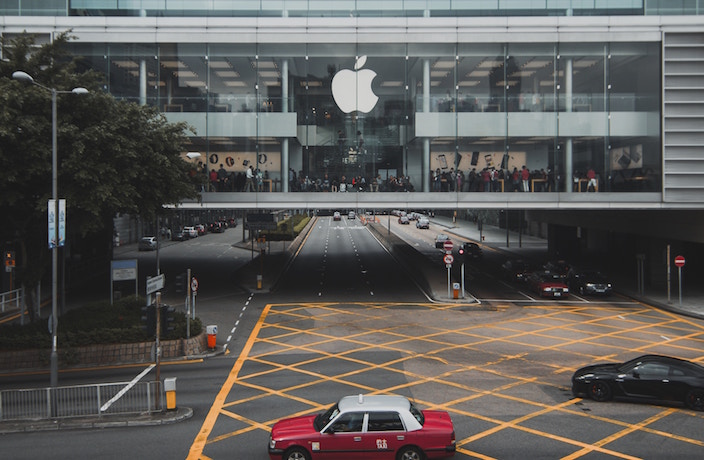 Apple’s stocks fell by 10 percent Thursday in the wake of the company cutting its quarterly revenue outlook for the first time in two decades.

In a letter to employees, published Wednesday, January 2, Apple CEO Tim Cook directly referenced the economic slowdown in Greater China as a cause for these lower revenue projections.

After forecasting that they would bring in somewhere between USD89-93 billion for the fiscal first quarter ending December 31, Apple has lowered that figure to USD84 billion.

“While we anticipated some challenges in key emerging markets, we did not foresee the magnitude of the economic deceleration, particularly in Greater China,” Cook wrote.

China is currently experiencing an economic slowdown, with GDP growth expected to hit 6.5 percent for the year, the lowest growth rate since 1990. A number of things have contributed to this slowdown, including the country's trade war with The US, which began in July of this year.

Cook referenced the trade war in his letter, saying “We believe the economic environment in China has been further impacted by rising trade tensions with the United States,” before adding “As the climate of mounting uncertainty weighed on financial markets, the effects appeared to reach consumers as well, with traffic to our retail stores and our channel partners in China declining as the quarter progressed.”

At present, trade talks between China and the US have been scheduled to be held in Beijing on January 7-8, according to CNBC.

Apple’s suppliers also saw a drop in stock prices in the wake of Cook’s announcement, with semiconductor companies Micron Techology and Cirrus Logic taking a hit of 3 percent and 6.4 percent respectively.

With Chinese consumers less willing to part with their money, Apple’s high prices may be leading shoppers to buy similar products made by Chinese phone companies like Huawei and Oppo.

Currently, a Huawei Mate 20 Pro retails from upwards of RMB5,399, an Oppo R17 Pro goes for upwards of RMB4,299, while the Apple iPhoneXS Max with 6.5 inch display starts at around RMB9,599, just barely under the price of those Huawei and Oppo models combined.

Apple’s reputation also took a hit amongst Chinese consumers after the arrest of Huawei CFO Meng in Canada in November.

Multiple Chinese companies have offered subsidies to employees who buy Huawei products, while also imposing fines or punishments for those who buy Apple products. In terms of the ongoing connection and competition between the two firms, it also looks as if Huawei will finish ahead of Apple for mobile phone sales in 2018 for the first time.