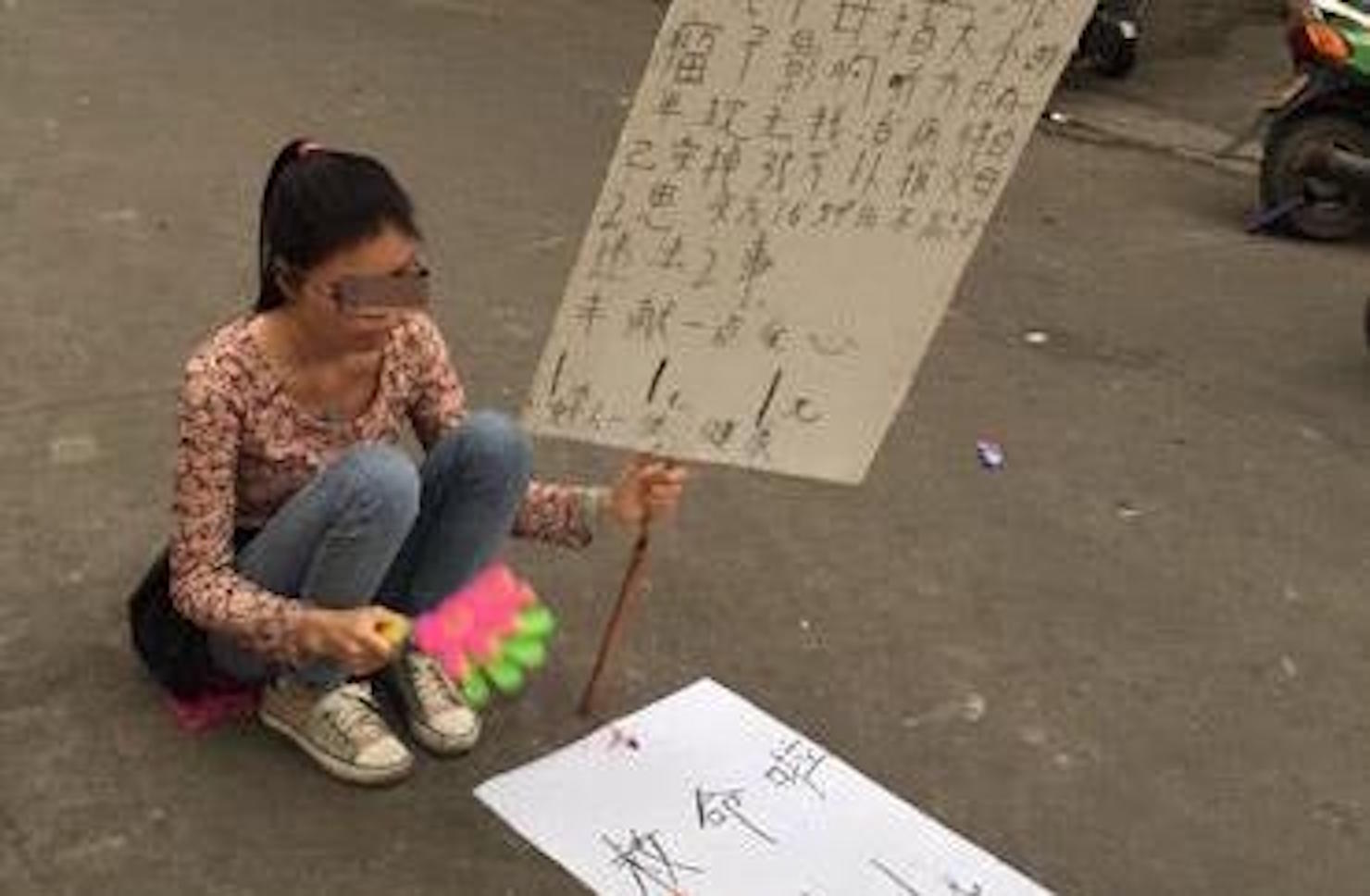 On the afternoon of March 17, a young woman sat on a street in Shaxu Village in Guangzhou's Panyu District, making a racket with a pair of plastic clappers. What really caught the attention of passersby, though, was the sign she held in her other hand.

"Selling a person to save a life," it began.

Written in marker was a summary of the beggar's alleged life story. The "unmarried" 25-year-old had supposedly discovered "a dozen or so" thumb-sized tumors inside her neck and shoulder. They had severely impaired her hearing. 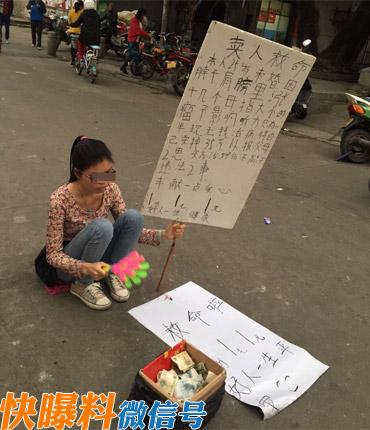 Because she couldn't pay for treatment, she claimed, she wanted to sell herself off for the price of RMB350,000 in order to "repay my parents' care." As long as the buyer cured her disease, she'd willingly cooperate with their demands, although she warned that they "musn't do anything illegal" (besides purchasing her, that is).

The sign's message ended by asking for small donations and wishing "good people a peaceful life." The writing on the sign was uneven, with the occasional mistake, including a mixup between similar-sounding characters.

The beggar was described and photographed by a woman surnamed Zhang, who first spotted the young beggar sitting and shaking her clapper in the afternoon. By the time the sky had turned dark, she was still there.

READ MORE: Homeless in Guangzhou: How One Group of Volunteers is Lending a Hand

According to Zhang, the beggar's plea for help received mixed responses. A cardboard box next to the young lady slowly filled up with a mix of one, ten and even fifty yuan notes.

Despite the donations, Zhang also overheard passersby making comments like "[she] is a fraud, pay no attention to her."

Throughout it all the beggar remained stoic. She didn't say anything, Zhang noted, only sounding her clapper as a steady stream of people continued to flow past her.