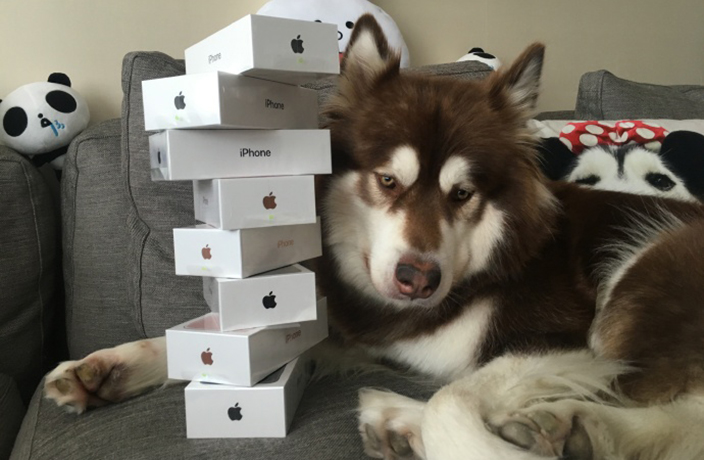 At least one Apple fanatic won't have to worry about waiting in line for the just-released iPhone 7: Coco the Dog.

Over the Mid-Autumn holiday, Coco (or rather, Wang Junior, channeling his dog) shared photos to her 1.9 million followers on Weibo—yep, she's got her own verified account—flaunting her eight brand new black and rose gold iPhone 7s.

"I don't understand all the show-off posts on (social media)," Coco wrote in the post (translation via CNN). "What's the point? Don't make me do it?"

Jeeze, it's not easy being rich. 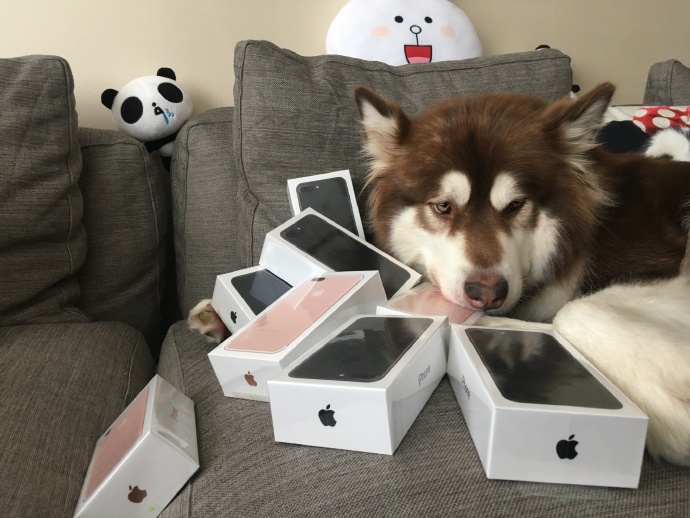 This isn't the first time Wang has used Coco to show off his wealth. Last year, Coco was spotted wearing two gold Apple Watches worth RMB250,000.

"I have new watches!" Coco bragged. "I'm supposed to have four watches since I have four long legs. But that seems too tuhao [rich and vulgar] so I kept it down to two, which totally fits my status. Do you have one?" Wang Sicong, who's been nicknamed "the nation's husband" due to his bachelor status, has drawn heat from state media and netizens alike for his ridiculous and over-the-top displays of wealth. The way he flaunts his fu'erdai [second generation rich] lifestyle has drawn heat for being a prime example of “the growing wealth gap between China's newly minted billionaires and regular people,” according to the Telegraph.

The elder Wang made his estimated US30.4 billion fortune through his Dalian Wanda Group, which owns Wanda Cinemas, the world’s largest chain of movie theaters, and Dalian Wanda Commercial Properties. He's also a and minority owner of Atlético Madrid, and is set to become even wealthier following the opening a cluster of Wanda theme parks across China, and has even vowed to take down Shanghai Disneyland. 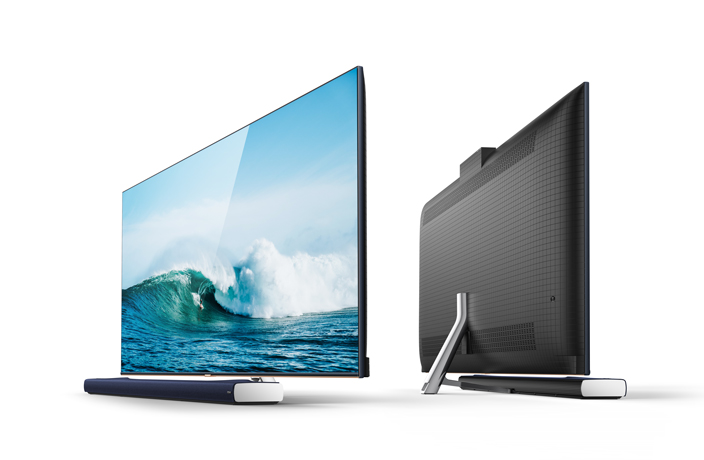 The seven members of China's Politburo Standing Committee were unveiled at the conclusion of the 19th Party Congress this morning.

Explainer: Everything You Need to Know About the Party Congress

What's the deal with those meetings in Beijing this week?

China's Got a New Richest Man, and it's Not Jack Ma