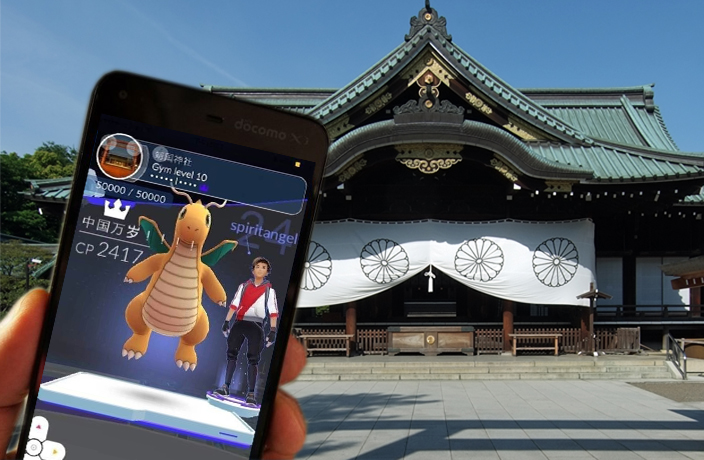 Pokemon Go finally launched in Japan last week, much to the delight of fans in the country where the pocket monsters originated.

But the release of the game has led to somewhat of an international incident after Chinese players began invading the servers, Buzzfeed reports. (The wildly popular game is yet to be released in Mainland China).

One player in particular caused a stir after their Dragonite — nicknamed "Long Live China!!!!" — was spotted at a gym at the controversial Yasukuni Shrine. 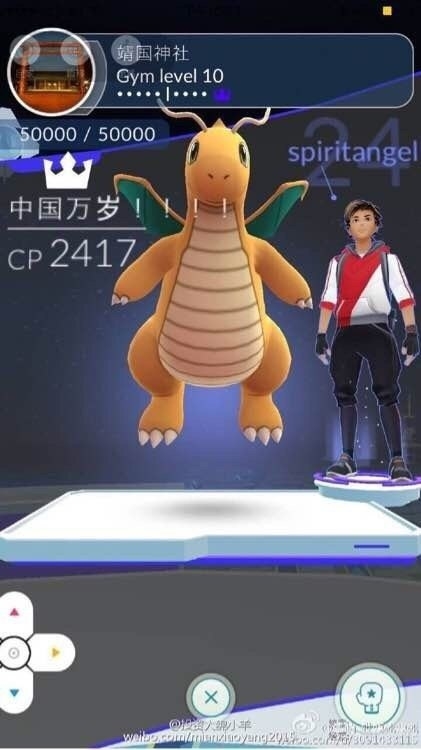 Yasukuni Shrine, which honors Japan's war dead, is where many World War II war criminals are buried. It's the flashpoint of controversy between Japan and its neighbors who suffered atrocities at the hands of those same war criminals during the Japanese occupation.

Many in China see it as offensive to visit the shrine, and Justin Bieber even found himself in hot water with his Chinese and Korean fans in 2014 when he posted Instagram photos there. The user who posted the screenshot of Dragonite occupying the controversial shrine claimed that several Chinese players had their GPS location to access the game's Japanese servers and took over that particular gym as part of a "patriotic movement." It is believed that they used a cracked version of the game to achieve this.

When Buzzfeed contacted the Chinese players, they confirmed that they had indeed spoofed their GPS to access the server. But one of the players they interviewed denied that they had done it as an act of patritotism:

Patriotic Weibo users praised the GPS spoofers. Here's what a few of them wrote (translations via Buzzfeed):

“Excuse me, do you still need girlfriend, the kind as patriotic as you?”

“This is the post-90s way [of patriotism], the old men and women wouldn’t know how to do it.”

Others condemned the behavior. "This is a game, we are here to enjoy it and we don’t need this patriot shit,” wrote one Chinese user on Reddit.

Meanwhile, Japanese players reacted. "Is this the beginning of the first Pokémon proxy war?” one asked.