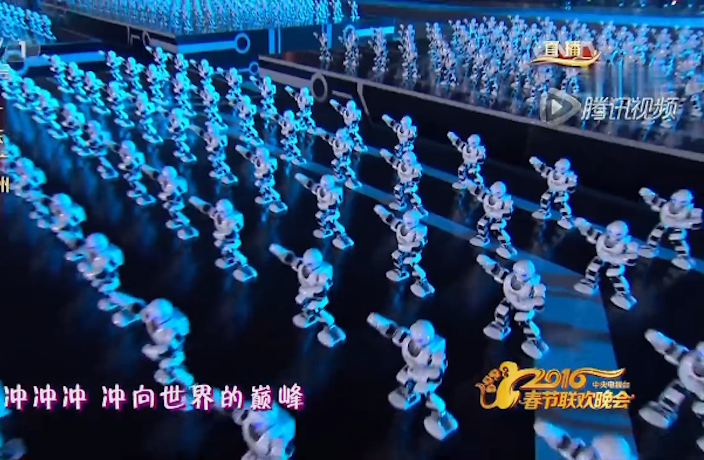 While some have lambasted this year's Chinese New Year Gala as one of the "worst ever," you have to admit that hundreds of dancing robots is pretty cool.

The annual gala, which airs on Chinese New Year eve and was watched by over 900 million people last year, features performances by the country's most popular celebrities. One of the acts at this year's edition featured 540 synchronized robots dancing in perfect formation as the backdrop to Sun Nan's live performance of the song "Toward the Peak."