'Chinese Checkers' sure is a funny name for a board game that comes from Germany and has nothing to do with checkers.

There is a bit of historical uncertainty about the origins of the modern game. Most sources can agree that it first appeared as a game called "Hoppity," which was popular in Great Britain in the latter part of the 19th century. Like Chinese Checkers, the game allowed for more than two players (in this case, four) each playing from the corner of the board.

Hoppity (which, by the way, is the most 1890's British name for a board game imaginable) eventually made its way to Germany, where it abandoned its British squareness and adopted a six-pointed star for a board. Dubbed "Stern-Halma" ("Halma" being the German name for Hoppity, and "Stern" being "star") modern Chinese Checkers was born.

But it wasn't Chinese yet. It would be until the American toy company Pressman Co., obsessed with the "Oriental mystique" and more than a bit racist, released their version of Stern-Helma under the name "Hop Ching Checkers." 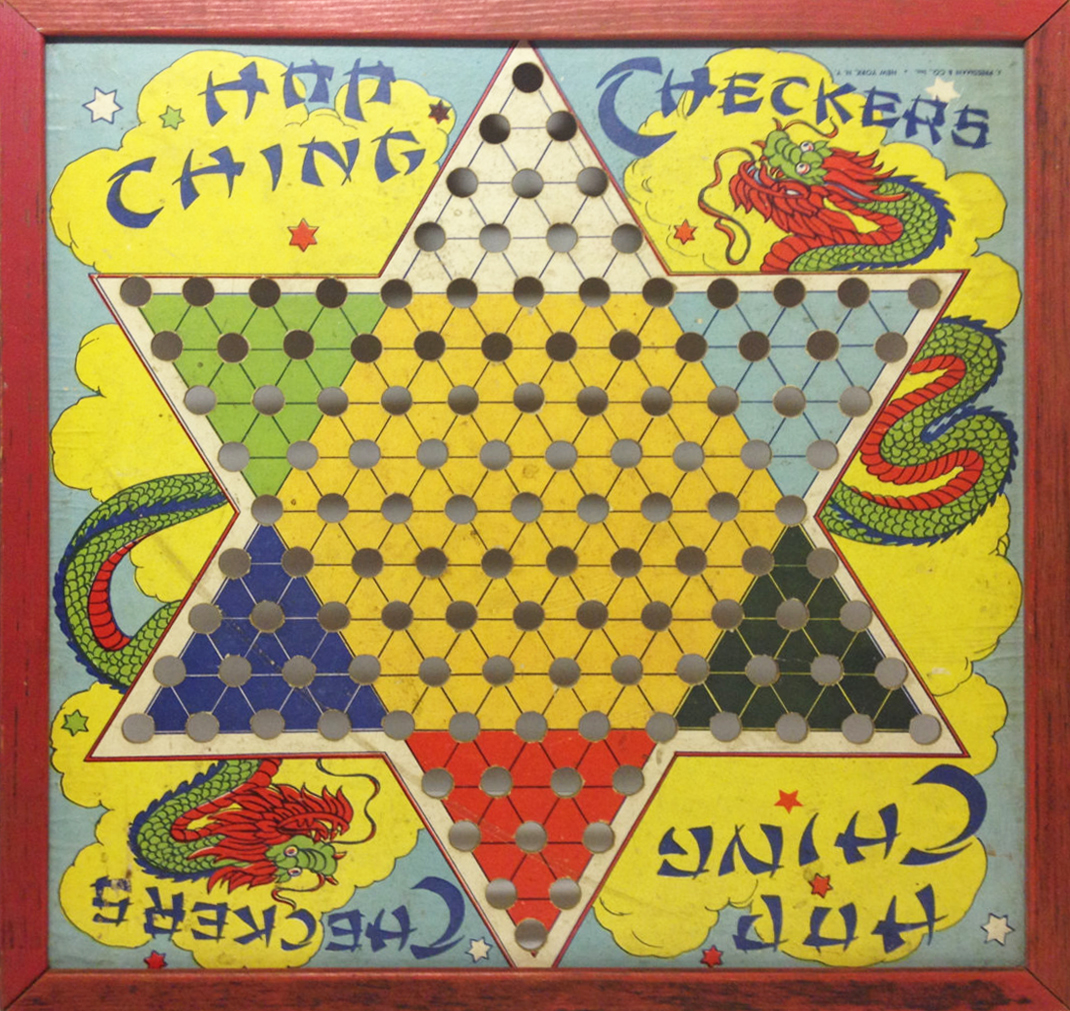 Written in a chop-suey style font and bedecked with dragons and absurd Fu Manchu imagery, Hop Ching Checkers took the German/English board game and injected it with a heavy dose of early-1900's Orientalism.

Hop Ching Checkers was a hit. The game was released in 1928, and it soon became far more popular than its English or German ancestors. In the 1930s, as Pressman Co's game reaped success in the United States, other toy and game brands attempted to cash in on the craze as well.

Each various company spin-off also included the Oriental themes tacked on by Pressman Co., and ultimately Milton Bradley Company patented the name "Chinese Checkers" in 1941 as the title for their version of the game.

And the name stuck. Even in Chinese, the game is known as "Chinese Checkers," despite having no actual ties to the country. A marketing campaign well done. Explainer: The Chinese Reason That All No. 2 Pencils Are Yellow

Today in 'Things you didn't realize China had any part in.'

State media stirs pity for officials who have lost their PAs and VIP lounges due to corruption crackdown...

Malaysia Airlines flight MH17 shot down on Ukraine Russian border, no Chinese reported on board as of yet

Amsterdam to KL flight believed to have been downed by pro-Russian seperatist missile.