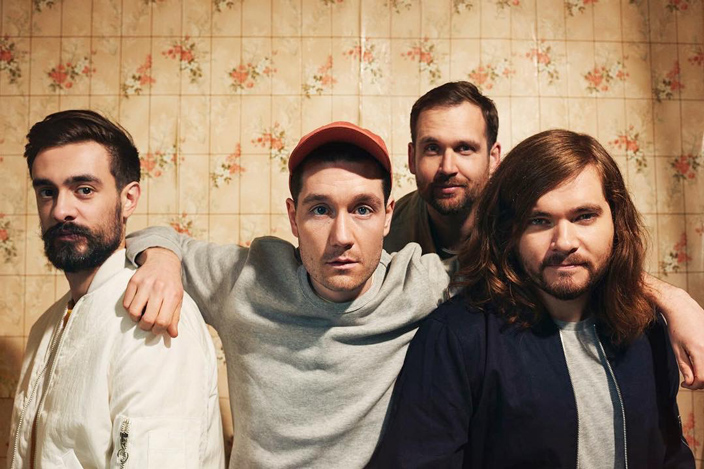 Yesterday, British indie pop band Bastille announced on Twitter that they would be postponing their Asia tour due to "unforseen circumstances and the inability to perform these shows." This not only includes the highly anticipated stops in Beijing and Shanghai but Hong Kong and Taipei as well. 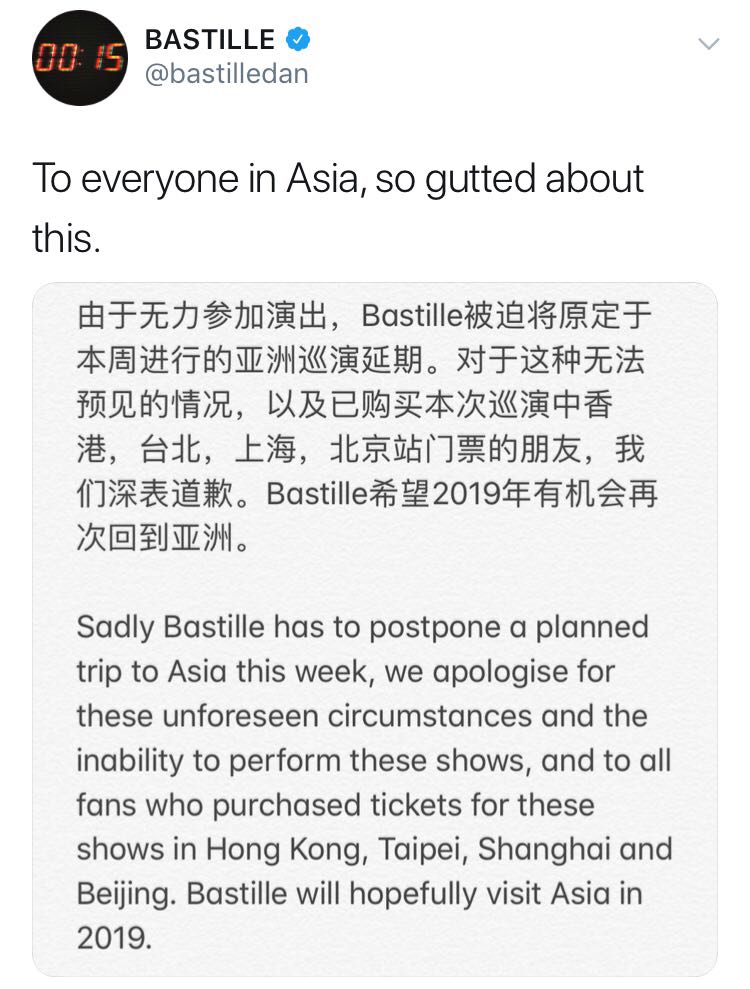 It seems that bad news comes in twos – fellow UK rockers Kasabian announced on Twitter that they would also be cancelling their upcoming gig in Shanghai. The band was set to perform with Bastille at B-Land Festival on August 29. 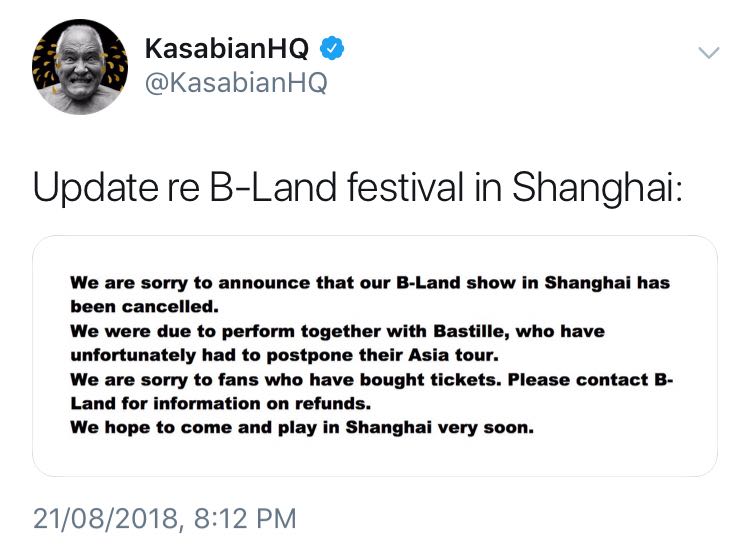 No exact details regarding the reason behind the sudden cancellation have been released but Bastille expressed hopes to visit Asia in 2019. Ticket holders can contact B-Land directly for information on refunds. 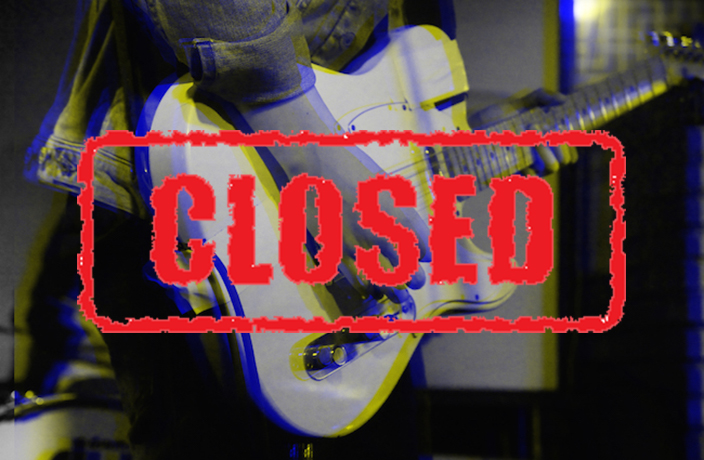 School Bar, Temple, Dada and more will be closed for the next two weeks.

The street has been part of Beijing's nightlife scene for 28 years.

Restrictions on the number of children families can have has been lifted in Sichuan province.