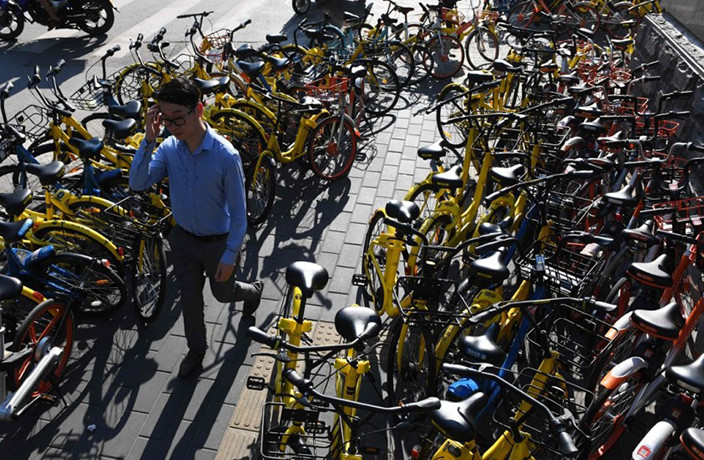 It’s no secret that bike-sharing has gotten out of control in Beijing, but it finally looks like the government is ready to do something about it. The capital is officially banning any new shared bikes, authorities announced Thursday.

These colorful little bikes have taken Beijing by storm in the past year. And while they are super convenient and ultra-popular, they have caused all sorts of mayhem on the streets of the capital, clogging sidewalks, blocking roads and littering the entrances to subways and malls.

Beijing is now home to a whopping 2.4 million shared bikes, all of which belong to 15 companies.

In order to ease the burden, no new bikes will be allowed on Beijing's streets. In addition, a commission will work to monitor shared bikes and assign transport authorities in each district to supervise parking. Shared e-bikes will also be banned from parking.