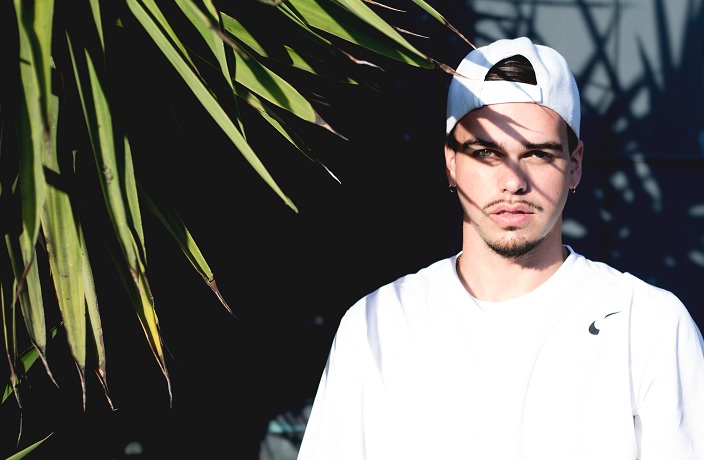 Los Angeles DJ and producer Falcons is known for his blends of hip-hop, R&B and electronic. We spoke with him ahead of his shows in Shanghai (Arkham on September 30) and Beijing (Dada on October 1.)

Who would win in a fight-to-the-death between you, Captain Falcon and a peregrine falcon?
Me for sure. Peregrines are hella fast though.

You’re called Falcons, have an EP called Birdcall and you use bird sounds in some of your productions. Have you always had a connection with feathered creatures?
[Laughs.] Nah, it’s kind of random. Birds mean a lot of different things in American slang.

Rapper A-1 calls you “Yung Falcs” a lot in your latest EP.’ Is that name catching on?
That’s what all my homies call me in California, so I guess it’s just catching on everywhere else now.

Given that you were a breakdancer for 13 years, can China expect a bit of poppin’ behind the decks? Or is it head-down business when you’re DJing?
When it’s a lit-ass party with enough room, I’m down!

This week you tweeted that you’re “only playing hardcore reggaeton on this Asia tour.”
I play a little bit of Latin music in every set, but not the whole set.

How did your collaboration with the rapper GoldLink come about?
He was listening to my early music and rapped over a beat and sent it. I was like, “Yo, you’re dope – let’s do some work!” That’s my brother.

Has signing to Fool’s Gold Records opened up a lot of doors for you?
Yeah – A-trak is the homie! He does great shit for me. He believes in young artists and puts them in the right situations.

Your music touches on so many different genres. Do you think it’s time to come up with your own catchy genre name? Bird-hop? Fowl-trap?
Bird Bounce.