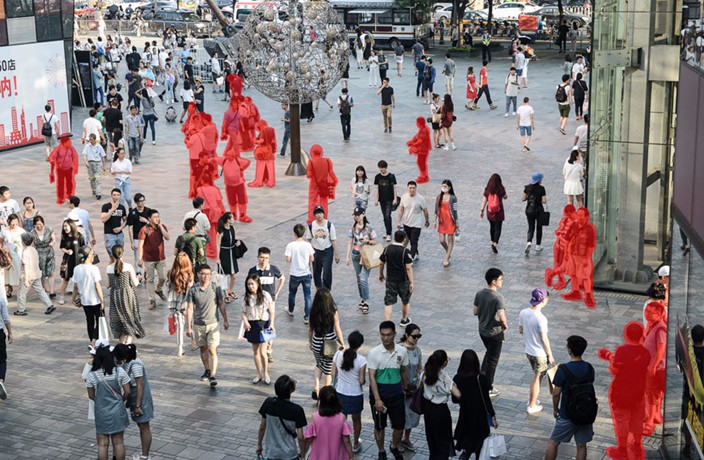 You’ve probably seen them outside Taikoo Li. Or they’ve seen you – and maybe even taken a sneaky photo.

The infamous Sanlitun street photographers have been around for years but are particularly noticeable in summer. They often snap in packs and, sometimes, without their subject’s permission.

So, who are these guys and what are they doing with their photos?

First impressions tell us that they are usually older dudes – and pretty amateur-looking ones, at that. But we have also heard that they are photographers from the Chinese tech company P1, a digital magazine and social network that specializes in analyzing trends.

On a typically sweltering summer afternoon, we take a trip to Taikoo Li to find out more. We spot ostentatious outfits, families, objectively beautiful men and women, couples fighting – a cross-section of Beijing’s 21 million people. Well the wealthier ones, at least.

OK. We spot a trio of photographers a few feet away and zero in. Two of them disappear while the third, Zhou, offers to take a photo of us (which we politely decline).

Originally from Zhejiang, retiree-turned-photographer Zhou has lived in Beijing for over 50 years. “I live nearby and come here whenever I feel like it,” he explains. So far, so casual. “I don’t do anything with the photos, they are only for my personal use,” he continues. “Maybe some of the photographers here do put them online. Everyone [here] is different. It’s just a fun hobby for me.”

Zhou claims that he captures “interesting people” rather than those who are solely “beautiful.” He shows us a few of his snaps from today. Apart from his subjects being mostly women, there appears to be little other pattern.

“I take photos of men as well, but fewer,” he admits. “I really like taking photos of older foreigners. They’re interesting because they are often quite elegant-looking with good taste.

“There are two types of photos I like to take. One is where I communicate with the person – a posed shot. The other is more focused on the overall environment, rather than the person. For this type of photo, I don’t ask for the person’s permission, it’s more of a shot in motion.”

“Photographers come to Taikoo Li because it’s such a popular area for people in general,” Zhou counters, before adding: “There are street photographers all over the world – it just looks like there are so many in Beijing because our population is bigger.”

Taking a break on the steps next to the Apple store, we find a middle-aged man and woman holding cameras. They are part of an online Beijing photography club. The woman, Qiu, shares: “There are 970 people in our group. Every weeknight from 8pm to 9pm we have a class on QQ where we can upload photos we’ve taken and get feedback from others. It’s a great club!”

Qiu recently became interested in photography after admiring other photographers’ work and deciding to give it a try. She has three cameras and enjoys shooting amateur models in parks.

“I usually show the models their pictures afterwards and if they like them, they can take them,” she explains. “I don’t sell them. It’s just a hobby.”

NB: P1 representatives did not respond to our query, nor did we encounter any of them on our visit. 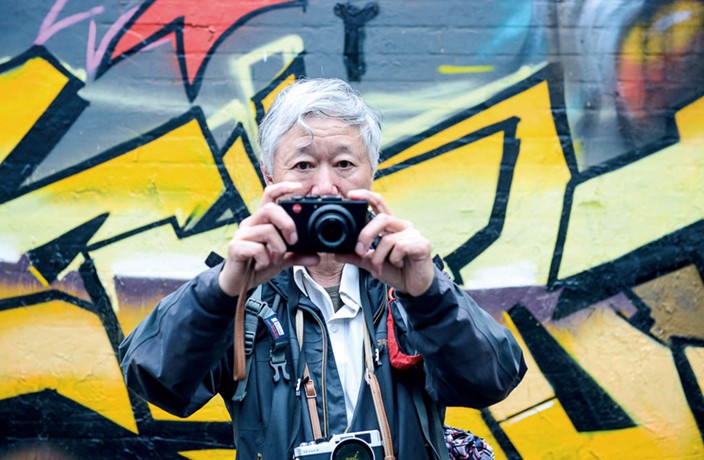 A 62-year-old Beijinger, known as the 'teacher,' has spent the past decade documenting Beijing's graffiti scene. Sanlitun Murder: 'It Was an Anti-Foreigner Attack'