The past few months have been some of the worst for live music fans across the globe. This May, major live music hubs around China closed one after another, suffering from a great reduction of shows caused by the pandemic, with DDC Livehouse Beijing, ARKHAM Shanghai and TU Livehouse Guangzhou among the fallen heroes. In attempt to survive, countless live performances switched to online streaming. As the industry is left to roll with the punches, fans are left to wonder whether China’s limited live music scene will make it out alive. Yet, in face of these doubts, nugget records, a Beijing-based record label and, more recently, an emerging performance venue and cafe, is optimistic. 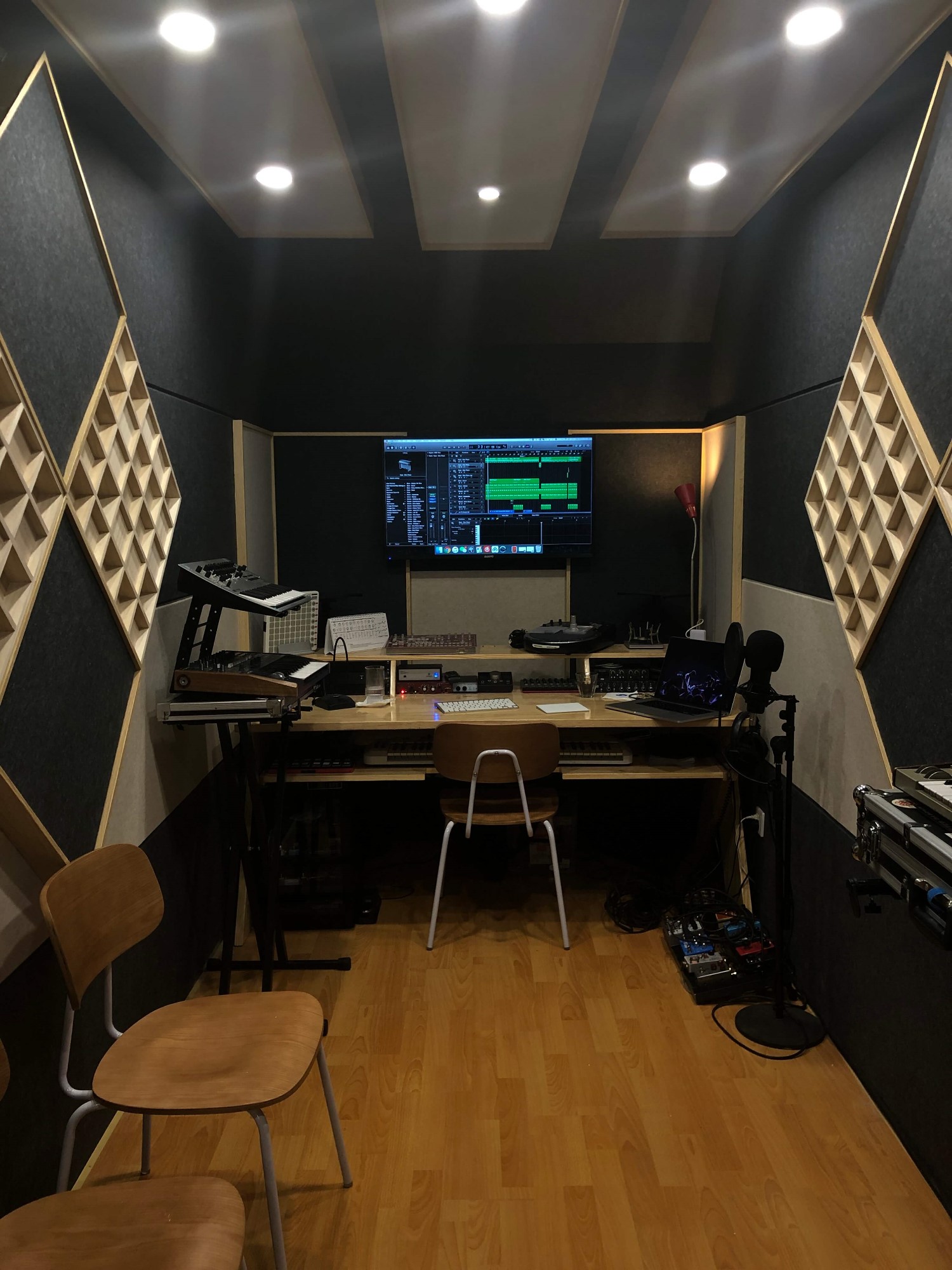 Nugget's studio; built together by nugget and brevity of motion sounds

As a label, nugget records carries the mission of promoting and reviving cassette culture. Spearheading the project is David Carey, of Nocturnes (曳取) and Lost Memory Machine, and local artist Jen Rao. Instead of the more prevalent and cost-efficient ways of production – online streaming and CDs – nugget records chose to solely produce cassettes. They believe that the more personal format is important in reserving the intrinsic creative value of music, noting that when a thing becomes too readily accessible, it begins to lose its perceived value. Indeed, the same rule applies to music. With a nostalgic notion, Carey explains:

“Taking the time to open up a cassette, admiring the artwork, putting it in your Walkman, and listening to it from start to finish as the artist intended can be a really rewarding experience. Do you remember when you were younger and would rush to the record shop for whatever new CD had just been released, eager to get home and listen to the whole thing cover to cover? We want to try to recapture that feeling in our modern hectic world.” 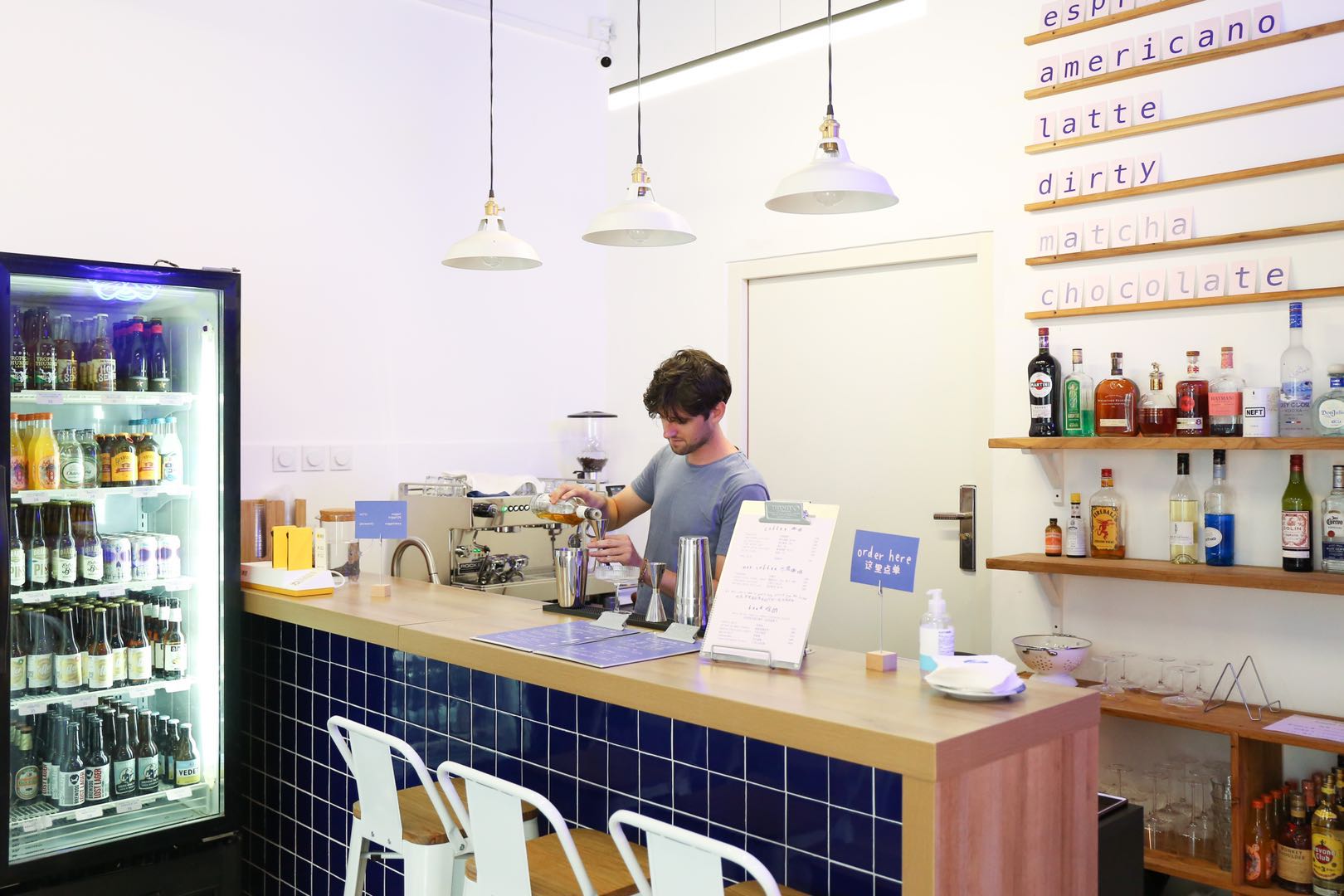 Nugget during the day

In addition to their passion for cassettes, the nugget records founders are also hoping to foster the growth of the lo-fi music scene in Beijing. From what they perceive in the industry, lo-fi music is currently more prominent in the south of China, led by labels like Qii Snacks in Guangzhou and Letter Records in Shanghai. Though, Beijing has long been a hub for the edgier music scenes. Nonetheless, the label believes that there’s space for a warmer and more inclusive music environment, where musicians from polar backgrounds could join together indiscriminately.

With this goal in mind, founders Carey and Rao set out to open their own physical space in Beijing. After two months of searching, they found the perfect space for their new hybridized space. Blending traits of a cafe, bar, store, livehouse and studio, Nugget is just as the duo had envisioned – light-hearted, inclusive and intimate. 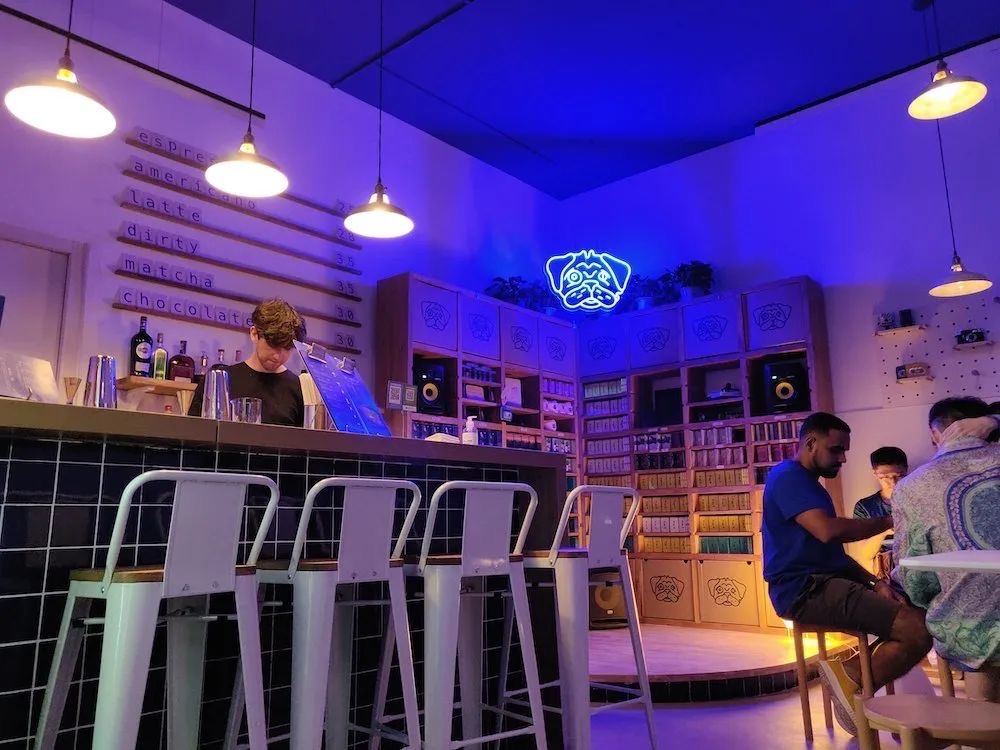 Everything at the venue ties together nicely to provide its visitors with a refreshing experience. Acting as a casual cafe by day and a lively bar by night, Nugget welcomes aspiring artists, curious passerbys, foreigners and locals alike, offering everyone something unique.

Upon walking into the cafe, you would find that it is decorated with extensive collections of cassettes, zines and other peculiarities. According to Carey, many customers walk into the cafe without knowing anything about cassettes or zines. Yet, unable to resist the charm of the retro collectibles, these same people would often walk out with a newly developed interest for cassettes and zines. 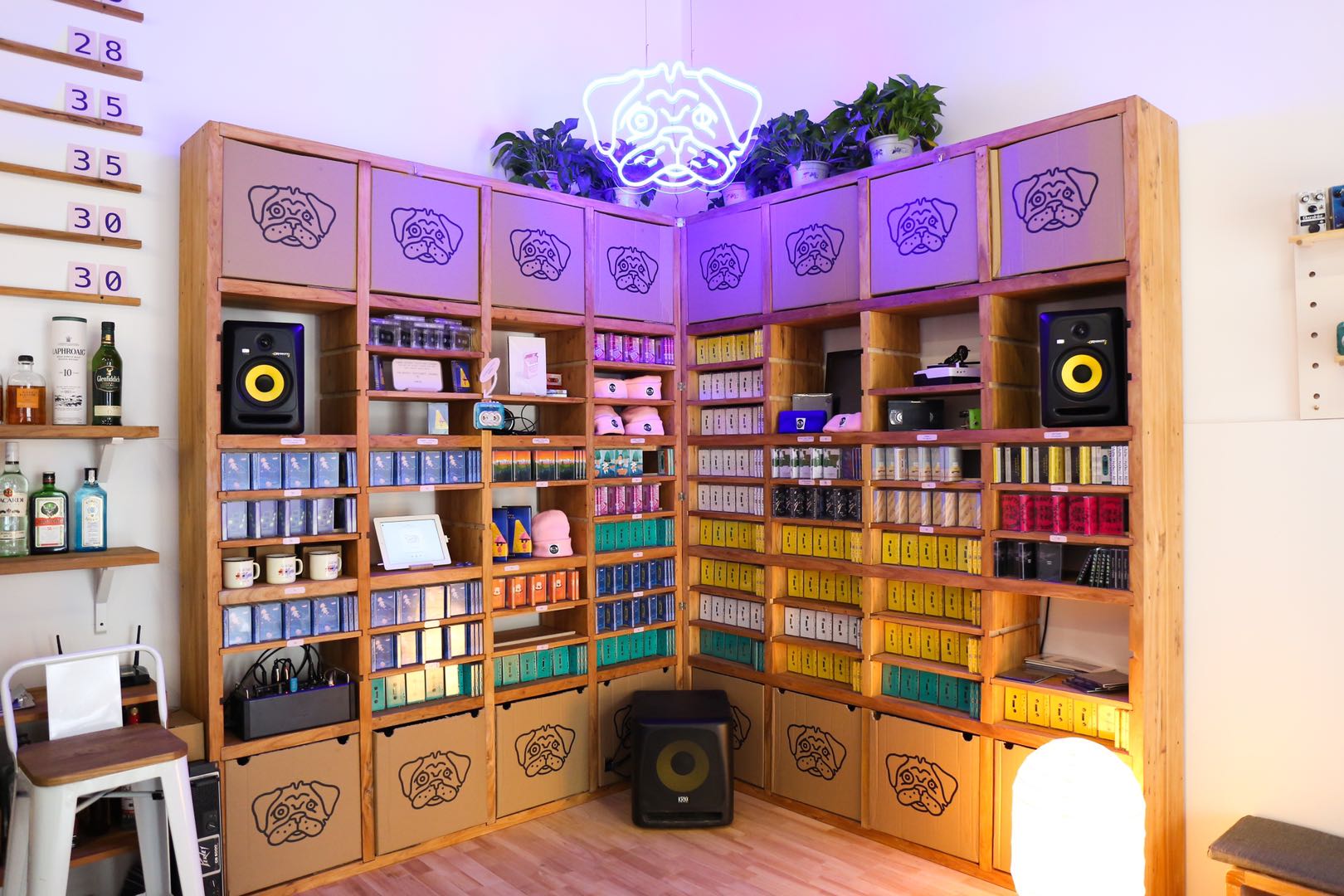 Cassettes lined up on shelves at Nugget

Order a house-made cocktail while you’re there – each one is named after one of the record label’s artists or their releases. Additionally, all of the drinks are their own recipes, carefully concocted and perfected while being trapped at home during quarantine. 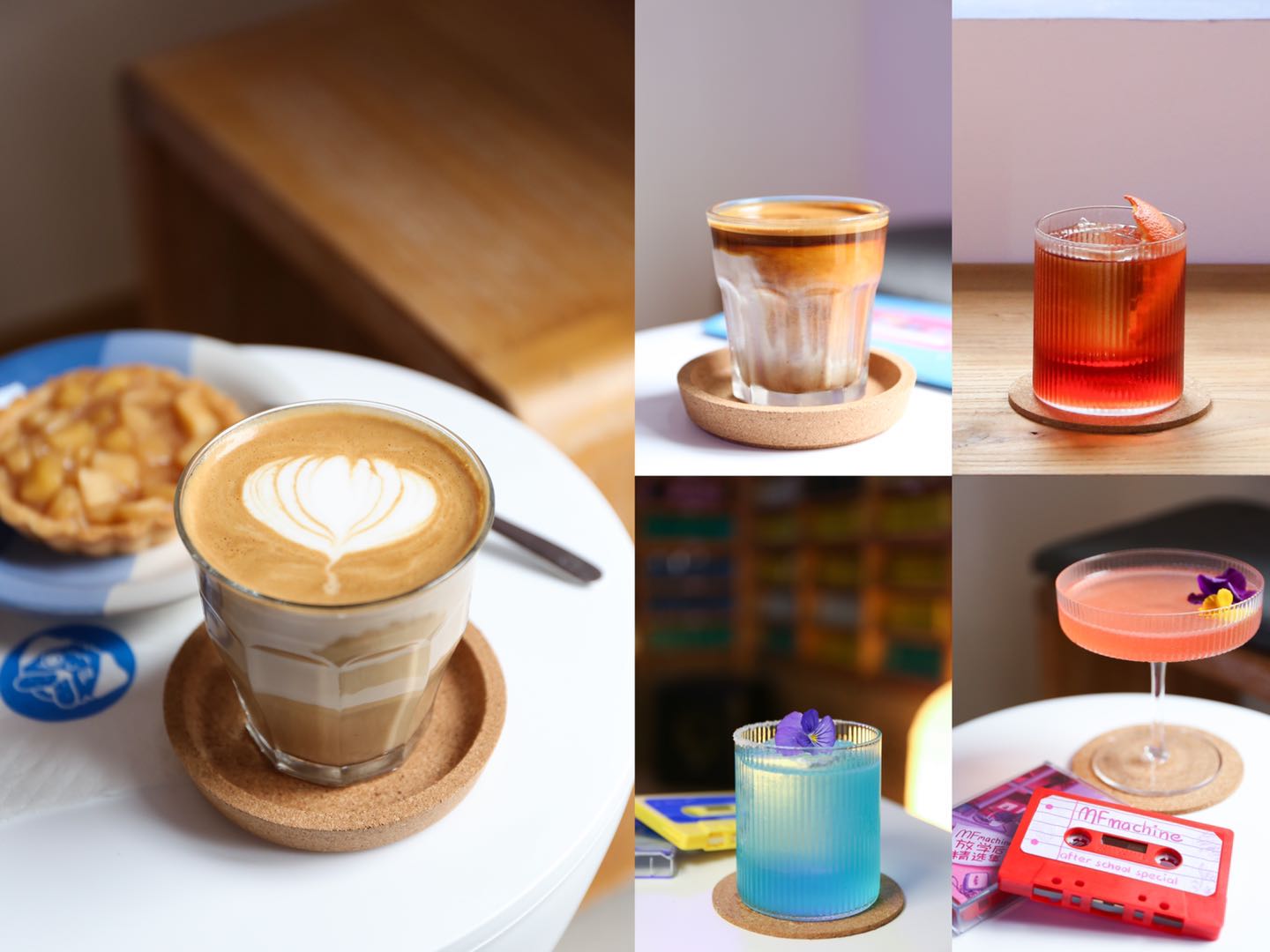 House-made coffee and cocktails at Nugget

If you find yourself overwhelmed by the many choices the menu has to offer, don’t panic. Carey and Rao were kind enough to share their personal favorites: Carey’s is the Vitamin D, a twist on a mojito with an extra dose of tequila and brown sugar, while Rao’s is the Fine Valley Pass, a gin-based cocktail infused with basil and cucumber bitters. 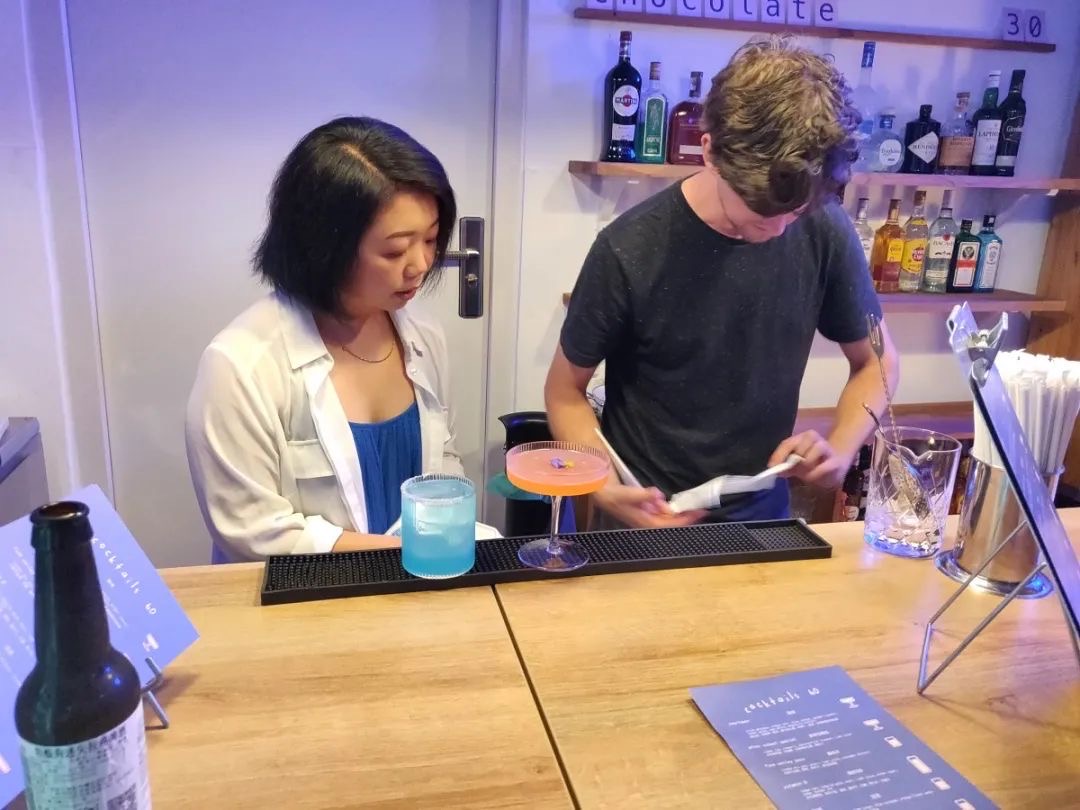 To enjoy some live music while you get your drink on, drop by during one of their shows. Inspired by NPR’s Tiny Desk series, live performances at Nugget are either acoustic or electronic. Performers include folk musicians, bands playing a stripped-down version of their normal sets, Beijing-based electronic producers and many more. 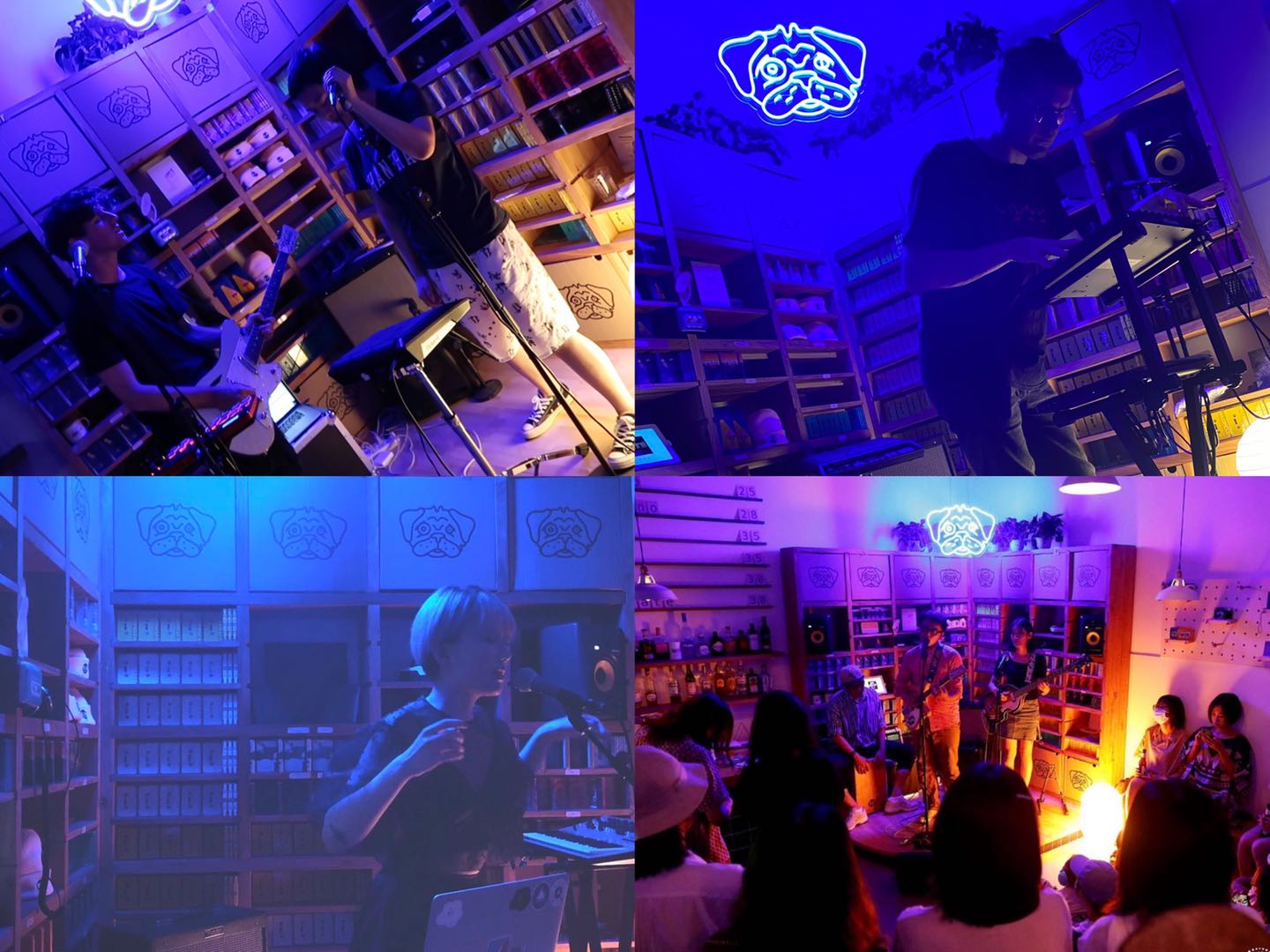 Indeed, China’s independent music scene is in a period of regression at the moment. The coronavirus has hit performance venues and bands hard. In addition to the closing of many live music venues, bands have gone six months or more without any gigs. However, Carey believes that livelihood is soon to be restored:

“We’ve seen the challenges Beijing’s artistic community has faced before, and each time they have rebounded stronger than ever. We’re confident that again, even if it takes some time, the cycle will repeat itself once more. Art, music, culture in general, it never truly goes away.”

See a listing for Nugget