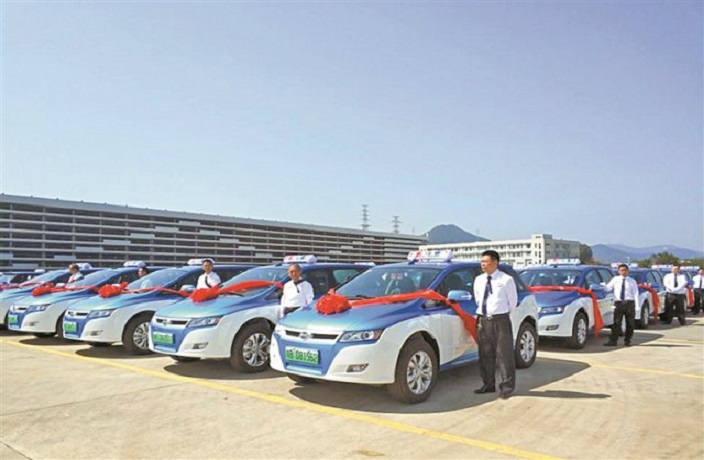 As we recently bid adieu to 2018, Shenzhen was also saying farewell to its remaining green and red cabs, as the city’s goal to replace all fuel-powered taxis with electric-powered models is nearing completion.

Although the Shenzhen Transport Commission told That’s that there are still some fuel-powered cabs on the streets of the city, those numbers are shrinking fast. According to the commission, by the end of 2018, the city had launched 20,135 electric-powered taxis, or ‘blue cabs,’ accounting for 94.21 percent of all operating cabs in Shenzhen, rising from 92.82 percent on December 25.

The transport commission plans to raise that number again, with their eventual aim being to ensure that 99.06 percent, or 21,485, of all operating taxis are electric-powered. As such, that goal does not seem to be too far off.

The introduction of e-taxis is part of a major environmental protection initiative called ‘Shenzhen Blue’ launched by the city’s municipal government back in April to combat air pollution and foster sustainable development. 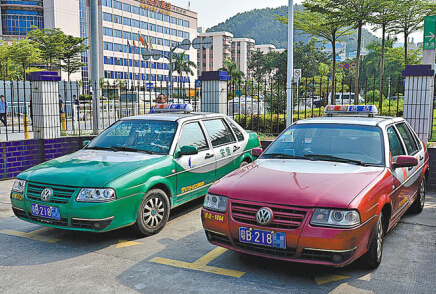 The initiative set out to replace all of its remaining 7,500 fuel-powered taxis with e-cabs by December 31, 2018, a goal that is now almost complete.

In terms of energy consumption, the electric-powered cabs run on just 30.5 percent of the energy used by a fuel-powered taxi and can reduce costs by as much as RMB57.75 per one hundred kilometers.

Shenzhen's iconic red cabs have been in service since as early as 1984, when there were just six of them operating in a much smaller version of the Shenzhen that we see today. 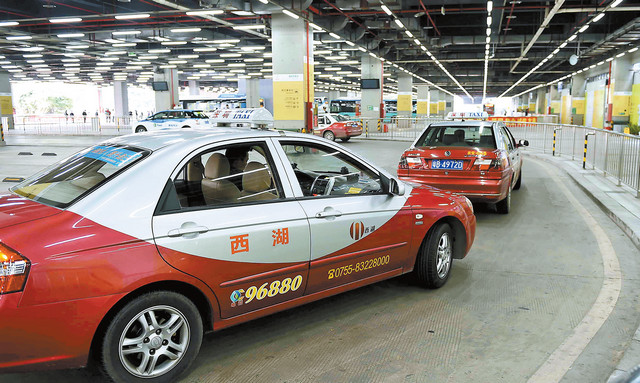 While this continuing move towards electric-powered transport has brought about a wave of nostalgia for the Shenzhen of old, the change has also been well-received by netizens, with one Weibo user writing “no wonder the air in Shenzhen is so good, seems like it's not just because it's by the sea.”

There are some, however, who are concerned that there aren't enough charging ports for the new taxis in the city. “Please bring the charging ports up to speed as well, what we have now is far from enough,” one user commented.