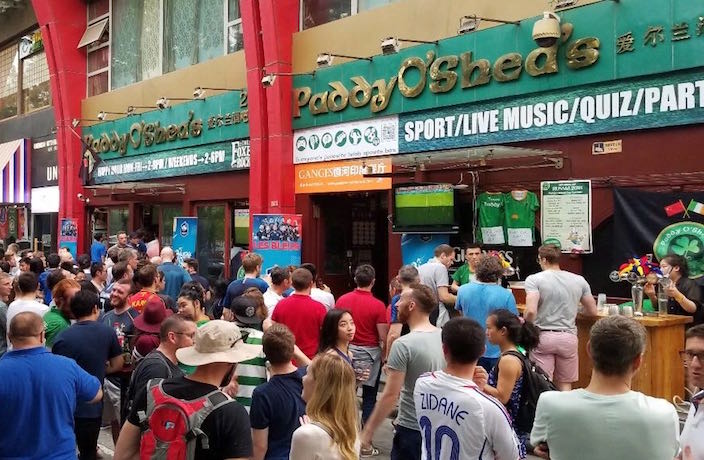 Popular with both locals and expats alike, Paddy O’Shea’s Irish Pub has long been a stalwart of Beijing’s social scene. And, you probably don’t need us to tell you that it’s not a bad place for watching the FIFA World Cup. 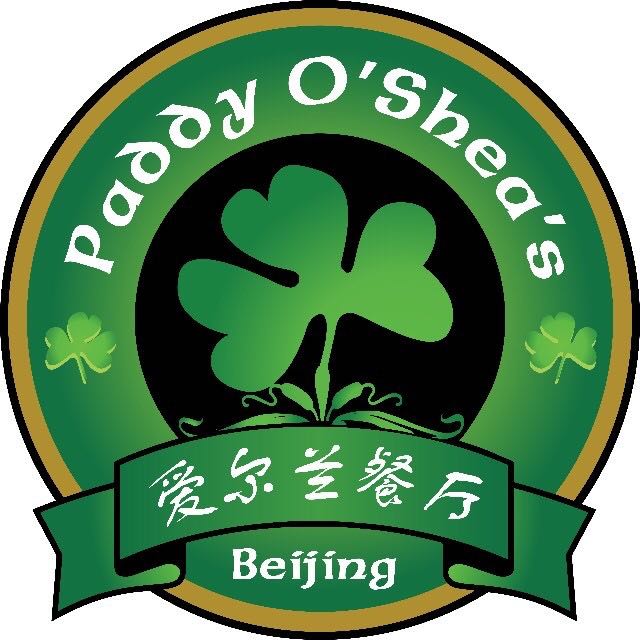 With the 2022 World Cup in Qatar fast approaching (first game kicks off on November 21), we thought now would be a good time to reach out to Paddy O’Shea’s owner Mathieu to talk about his memories of watching the World Cup in China, as well as his expectations for this year’s tournament.

Mathieu started by taking us all the way back to 2010.

"I arrived in Beijing in early 2010, just a few days before the start of the World Cup. I had just discovered Paddy’s via Google (it still worked on the Chinese mainland at this time) and was there as a customer.

"The World Cup in South Africa started on June 11, and it was amazing! It was super hot. The place was packed, and once the first tones of Shakira’s song – 'Waka Waka (This Time for Africa)' – were played, everyone just went crazy! I don’t remember that much about the game though."

He admits he’s not a huge football fan, stating that he prefers a certain “game with an egg-shaped ball.” However, when it comes to the World Cup, he concedes that it is “something else.”

"There is a particular atmosphere and a fervor that is incomparable with any other sports event. No one can deny that football is the only true world sport, and you understand this during such moments as in the World Cup.

"Paddy O’Shea’s is a particular place to live that passion. You will not easily find a comparable atmosphere anywhere. I remember in 2018, there were some customers who had traveled to Russia to see live games; they reported back that they preferred the atmosphere at Paddy’s rather than in the stadium they just had been to! Maybe they did exaggerate a little bit, but I am keen on believing that.

"My favorite personal memory is, without a doubt, the entire 2018 World Cup. Paddy’s had an exceptional set up, the games schedule was good for China and there was a great crowd getting along in a friendly atmosphere. It was just great!"

The 5-hour time difference between China and Qatar means that this year’s tournament will also likely pull in huge numbers of Chinese viewers.

While the kick-off times might be convenient, there are a couple of factors which don’t quite work in Paddy O’Shea’s favour.

For the first time in the competition’s history, the 2022 World Cup will be held in winter; summer in Qatar just isn’t the time for outdoor football matches.

Moreover, Beijing – along with the rest of China – is still implementing strict 'dynamic-zero' COVID policies.

This means that Paddy’s won’t be able to have anything set up outside the pub.

Nonetheless, Mathieu reminds us that, in 2019, the venue was expanded and now includes a “better layout to accommodate patrons and guarantee everyone can see the games clearly on multiple screens.”

So, what do you need to know if you’re planning to watch the 2022 World Cup at Paddy’s? Mathieu explains.

"Since Euro 2020 (played in 2021 due to COVID-19), we have introduced a voucher system at the entrance. This is not an entry fee, but a small pre-payment. It has the advantage of regulating the audience, providing better comfort and, above all, to ensure safety.

"Come early! Being fashionably late will just not work.

"It’s better not bring a lot of clothing in case items get lost.

"Of course, have your Beijing Health Kit and COVID tests ready! No exceptions will be made.

"Last but not least, come with a big smile on your face!"

Like almost all venues in Beijing, entry into Paddy O’Shea’s requires a normal Beijing Health Kit and a negative nucleic acid test issued within 72 hours.

[All images via Paddy O'Shea's] 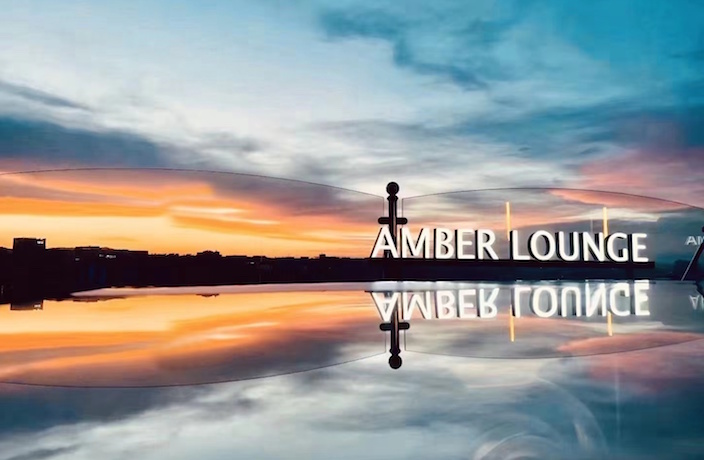