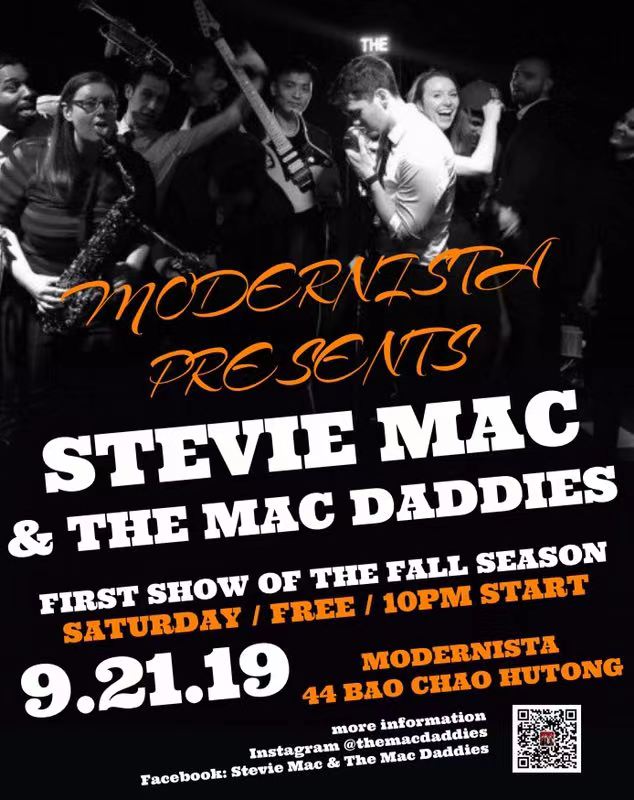 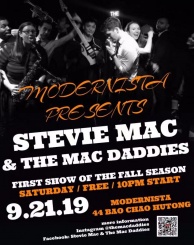 Are you ready for the most awaited show of the season? This Saturday, Stevie Mac & The Mac Daddies make their fall debut on our stage! Let's get the semester started with their spectacular pop & rock sound.

Are you ready for Modernista at Midnight? Enjoy shots at 10 yuan each and let the DJ get the second party of the night started!

Inspired by all things classic, Beijing Pop/Jazz band, Stevie Mac & The Mac Daddies, bring a vintage approach to contemporary music. The band is led by Steven McKinney (Stevie Mac), who is the voice of the group. He is supported by 9 wonderfully talented musicians, the Mac Daddies, a band comprised of guitar, bass, keys, drums, secondary vocals, and a horn section. Together they create a musical sound that is both fresh and classic at the same time. Stevie Mac & The Mac Daddies is fueled on their talent, passion, hard work and true love for all things music, and it pours out in the