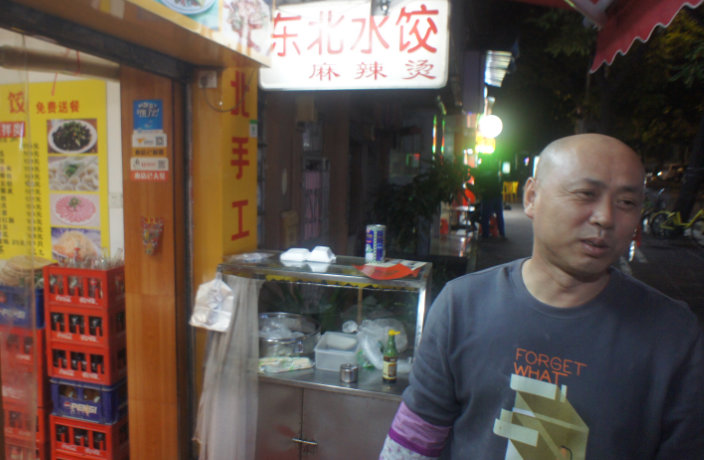 Making dumplings is a delicate art. It requires a certain finesse and sureness of spirit; nimble, tireless fingers; resiliency, heart and indomitable culinary grace. Mr. Wang, who together with his wife runs a dumpling shop on Haizhu District’s Baoye Lu, no doubt possesses these qualities in spades.

But let’s face it – there are harder jobs out there. Driving a big rig loaded with ore through the Siberian borderlands in mid-winter, for one, or camping on a desert road while hauling petroleum products out of Karamay. Though of course, Wang has done these things too.

For 13 years, the Heilongjiang native drove trucks from his hometown near the Russian border to nearly every corner of the PRC. The oilfields of Xinjiang, the grasslands of Inner Mongolia, the iron mines of Liaoning; Wang recounts the conquests of his road warrior past with a glint in his eye.

“Tibet was the most beautiful,” he remembers wistfully. At one point, like so many of his fellow dongbeiren, he even spent a sojourn in the tropical climes of Hainan Island.

But life on the road can wear on a man.

“I saw so little of my family in those years. At a certain point, it was just time to stop driving.” His wife looks over with a smile. If there’s anyone who’s happier than Wang with his newfound dumpling-house domesticity, complete with its apron and pink kitchen sleeves, it’s her. 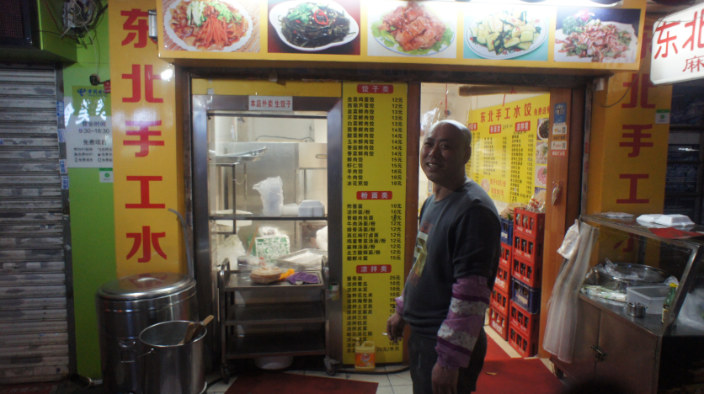 With savings from his career as a trucker, the pair started a small dumpling business in Baiyun District, later moving to the current Haizhu location on Baoye Lu.

They arrive at work at 8am each morning to start preparing for the lunchtime rush, working side by side to prepare fillings, roll skins and wrap dumplings. The small shop stays busy late into the night and it’s easy to see why – the two make a damn good product. Wang’s pan-fried dumplings especially draw a loyal following of return customers and over the course of our short visit he turned no small number of hungry regulars away for lack of stock.

“Sold out again,” he shrugs, with a not-so-faint note of pride.

There’s no doubt that the workaday streets of Guangzhou are a far cry from Himalayan peaks and balmy Hainan beachsides, but Wang seems to like it here.

“Wrapping dumplings isn’t nearly as hard as driving trucks,” Wang tells us. “I make far less money doing it but the income is more reliable and the hours are steady. Most importantly I’m able to spend time with my family.”

We ask him why it is that in Guangzhou, Manchurian transplants like himself seem to have a near monopoly on the dumpling trade, whereas in other cities a greater diversity of northern provinces are represented. Wang waves a floury hand dismissively. “None of those other dumpling styles are orthodox. You want authentic? Stick to the three provinces of Dongbei.”