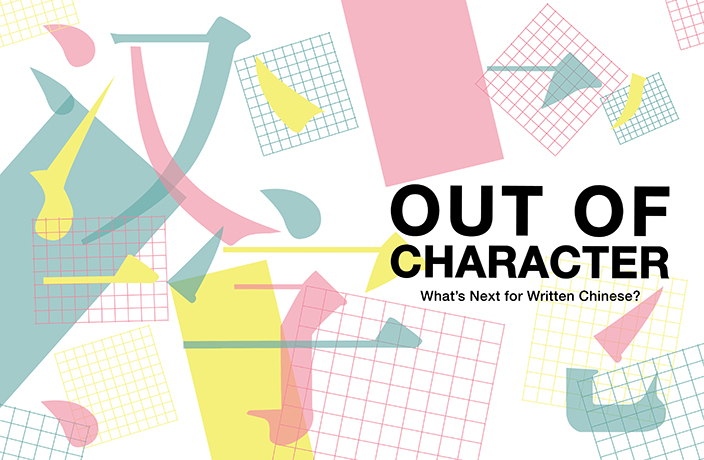 That all languages are riddled with traps for the unwary is well illustrated by my encounter, some years ago, with a pair of confused American tourists visiting the UK who asked for directions to ‘Loogerborooger.’ It took me several minutes, and a map, to ascertain that they were trying to reach the English town of Loughborough (which, for anyone still in doubt, should be pronounced ‘Luffburru’). Mortified, of course, they shook their heads at their collective inability to read their own language and apologized as I stifled a smile.

They need not have been quite so embarrassed. It is, after all, an absurdity that the collection of letters they struggled with – ‘-ough’ – should be employed in the English language to denote so many different sounds. Simply say the following out loud for an illustration of the potential for confusion: though; enough; bough; ought; borough.

Evolving over hundreds or thousands of years, languages are shaped by innumerous influences, and over time become pervaded with inconsistencies of this sort. As my American acquaintances came to understand all too well, there is often an indistinct connection between a spoken word and its written form in the English language. English, however, has nothing on Chinese when it comes to the complexity of the relationship between the way it is spoken and written.

Chinese script is, of course, astonishingly old. The earliest examples of the Chinese script are found on the oracle bones – animal bones onto which questions regarding the future were etched. The bones were then exposed to a fierce heat that cracked them, and thus demonstrated the validity (or otherwise) of their prophecies. Dating from the Shang dynasty – established around 1,500 years before the birth of Christ – the bones provide tangible evidence of the longevity of the ideographic system which the language employs, even if few characters would be recognizable to readers of modern Chinese. By the time of the Qin and Han dynasties, however, the bureaucracy had adopted a script which remains broadly legible today, over 2,000 years on. This remarkable fact becomes more tangible when one compares written Chinese to written English, which – as anyone who has battled with Beowulf in Old English will attest – changed significantly over its comparatively shorter history. Indeed, after the Han era, Chinese characters did not significantly adapt again until the Government simplified the Chinese reading languages used in the early days of the People's Republic of China. That reform, however, merely eased the writing and reading of selected characters, and did little to assist with the fundamental challenges of becoming literate in Chinese.

Objectively, the written form of Chinese is difficult to learn well. It takes years of dedicated study for Chinese children to attain literacy (many years longer than in Britain or France, for example). In addition to the discrete memorization of thousands of characters, or hanzi, Chinese students also have to learn pinyin, which is now used as the main way of inputting characters on electronic devices via the Roman alphabet.

One of the main challenges of learning Chinese script (and the reason for the existence of pinyin) comes from the lack of reliable connections between sound and character shape, unlike in phonetic languages. This complicating aspect is exacerbated by the practical lack of a truly ‘national’ spoken language for the characters to represent. Even excepting other full-blown languages, such as Tibetan, China has always been a country of multiple dialects, and despite the official status of Putonghua (or ‘common speech’) as the national language, dialects such as Cantonese and Shanghainese are thriving.

David Moser’s recent book A Billion Voices: China’s Search for a Common Language tells the story of how, over the last century or so, Chinese intellectuals and the state have wrestled both with the challenges of creating a ‘national’ language and the associated difficulties presented by hanzi. The book is certainly timely, for in recent months, the debates around the efficacy of Chinese script have become a little more heated. In May, Ted Chiang wrote an article for The New Yorker bemoaning the difficulties created by the character system, and speculating as to whether “China would have evolved more throughout the millennia and exhibited less resistance to new ideas” if it had encouraged a more adaptable written system. Academic Tom Mullaney cited this assertion as an example of ‘Orientalism 2.0,’ in which “Nineteenth-century understandings of China persist, not only surviving the decline of Social Darwinism and race science, but flourishing in this new century.” When Moser and I meet over sushi near Beijing Capital Normal University, where he serves as Academic Director of CET Chinese Studies, we discuss these recent differences of opinion.

“The problem is that these things are impossible to prove empirically,” Moser observes. “People can say ‘well, look at the growth in GDP; clearly the script isn’t holding the country back.’ But it’s like traffic jams: no one can deny that traffic isn’t a problem in Chinese cities – the fact that there’s good growth in GDP in spite of the traffic doesn’t mean there isn’t an issue there to be addressed.”

The reality, Moser says, is that the most vocal critics of the Chinese script are the Chinese themselves: “Chinese people acknowledge all the time in conversations that the written language is problematic – beautiful, ancient, but problematic. It isn’t an ‘orientalist’ perspective.”

In his book, Moser recounts the evolving realization within China, over the course of the early 20th century, that language reform was desirable. As he explains, the incitement for change came from within China; in the early years after the fall of the Qing dynasty, the May Fourth intellectuals in particular advocated a switch away from the classical Chinese wenyanwen writing style to the more vernacular baihua style, and stridently criticized the perceived limitations of Chinese script.

Many advocated for a phonetic system, among them the writer Lu Xun, who observed: “To continue to write with characters is a waste of mental energy and time, not to mention an uneconomical use of paper and ink.” On his deathbed, Lu Xun is rumored to have lamented that China was doomed if it did not dispense with characters.

Even Mao Zedong appeared to believe that China was being held back by the character system, telling Edgar Snow in the mid-1930s: “Chinese characters are so difficult to learn that even the best system of rudimentary characters, or simplified teaching, does not equip the people with a really efficient and rich vocabulary. Sooner or later, we believe, we will have to abandon characters altogether.”

By the time the Communist Party had gained power, however, the appetite for reform of the written system had abated. Though the prescriptive spoken standard of Putonghua was introduced, reform of characters was limited to a simplification of frequently used ideograms.

Pinyin, introduced in the late 1950s, has in many ways proved to be the savior of Chinese characters, providing an alternative way into the learning of the language (even if, as mentioned, it requires the learning of two systems). Crucially, it also provides a relatively straightforward means of inputting characters into smartphones, tablets and computers. As Moser observes, however, there are still complications when it comes to the efficient input of characters.

“On a great many devices, it's still a somewhat cumbersome two-step system, where the user types in pinyin, and then selects the desired character from a popup menu. But even with ‘smart input,’ in which the program intelligently ‘guesses’ the intended characters as you type simplified pinyin, there is still a constant need for checking and correcting the output – the computer isn't perfect. And the user is always cognitively ‘juggling’ two forms of script, unlike the more direct ‘what you type is what you get’ method of alphabetic input.”

It will be technology that spurs future changes in the Chinese language. Input systems will undoubtedly continue to improve, but language usage on the Internet in China is already – as in the West – fluid and hybrid, with a mix of real and invented characters, English, pinyin and of course, GIFs and emojis being employed to aid expression. It is a space, Moser observes in his book, in which diverse usage of Chinese – both spoken and written – flourishes, making the notion of correct usage “quaintly irrelevant.”

Over time, spoken and wraitten language tends to converge. “Speech is the primary aspect of language use,” Moser writes in A Billion Voices, “and the written script is dependent upon the oral forms.” This convergence has happened in China at a far slower pace that it did in the West – while European literature had moved away from Latin as its main written language by the 16th century, “Classical Chinese continued to be the language of Chinese texts until well into the 20th century.” There is little appetite among intellectuals or the state for any prescriptive change to the character system today, but Moser sees the process of gradual convergence between the language people speak in everyday life, and the written form of that language, as inevitable.

What that inevitability will look like practically, however, is impossible to predict. Only one thing is certain, Moser writes in the conclusion to A Billion Voices; that “the Chinese people, as all human groups on the planet, will continue to evolve their language in ways we cannot now imagine.”

While European typewriters started appearing in the early 19th century, the complexity of hanzi was a challenge for those dreaming of a Chinese alternative. By the early 20th century, however, more complex devices, specifically made for logographic writing systems, began to appear. We ask Associate Professor of Chinese History at Stanford University (and the owner of the world’s largest Chinese typewriter collection) Tom Mullaney, to explain how the devices work. Following a successful crowdfunding campaign, he aims to bring Stanford’s museum of Chinese typewriters on a five-year world tour from 2017 or 2018. 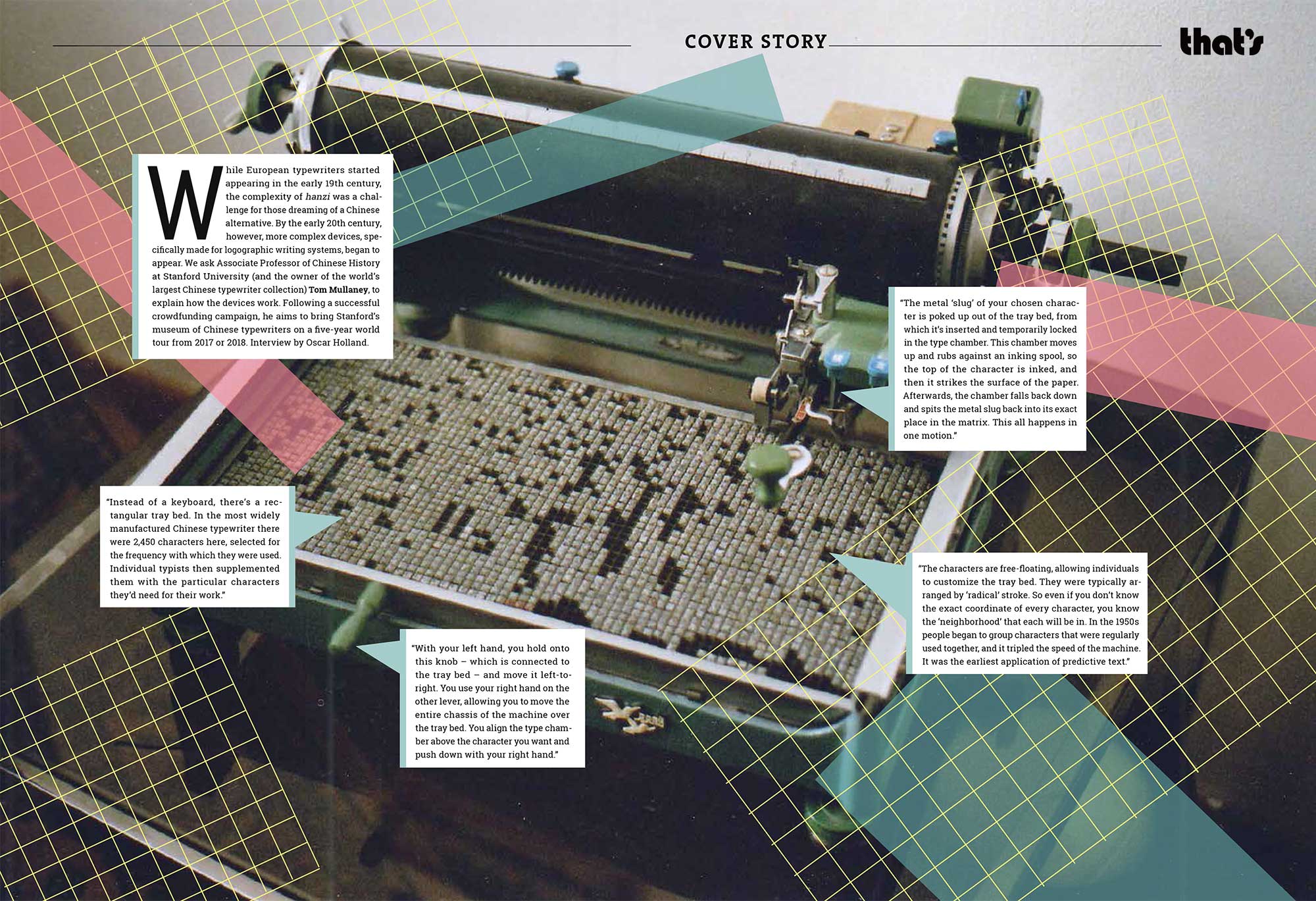