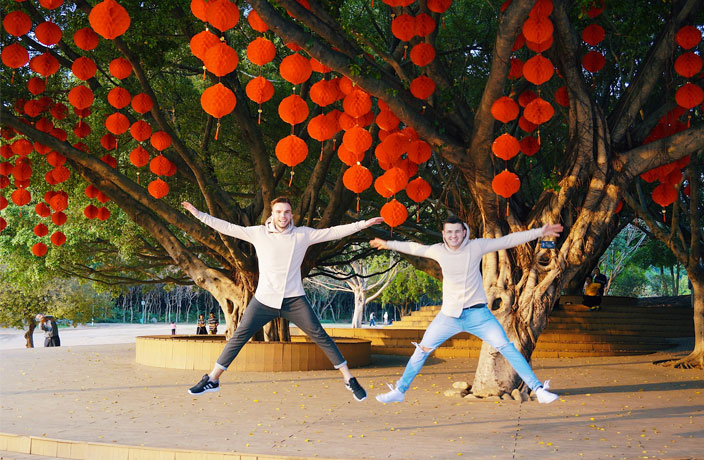 Spotlight is a regular series where we feature a prominent person in the creative scene. This month we speak with Piotr Blaszak and Niall Higgins who are the cofounders of Zai Level.

Piotr Blaszak and Niall Higgins are the cofounders of new Shenzhen-based urban streetwear company Zai Level. Launched at the start of 2018, Zai Level takes inspiration from common Chinese phrases to craft fun, ironic statement pieces. At the heart of the brand is their mission to ‘Clothe Your Character,’ which means to wear what speaks to you, your style and your personality. Zai Level promotes freedom from fear or anxiety, encourages one to seize the moment and challenges you to go out and engage with the world. Here, we chat with Blaszak about the brand.

What’s your backstory?
Niall and I cofounded the company after we graduated in 2017. We’re based in Shenzhen, but actually started the company in London. Our paths crossed at Peking University in Shenzhen. After school we didn’t want to pursue ‘normal careers,’ and decided we wanted to try something entrepreneurial; we thought ‘Hey, this is the best time for it since we’re still young.’ I’m from Poland originally, and Niall’s from Ireland, but we both fell in love with China. 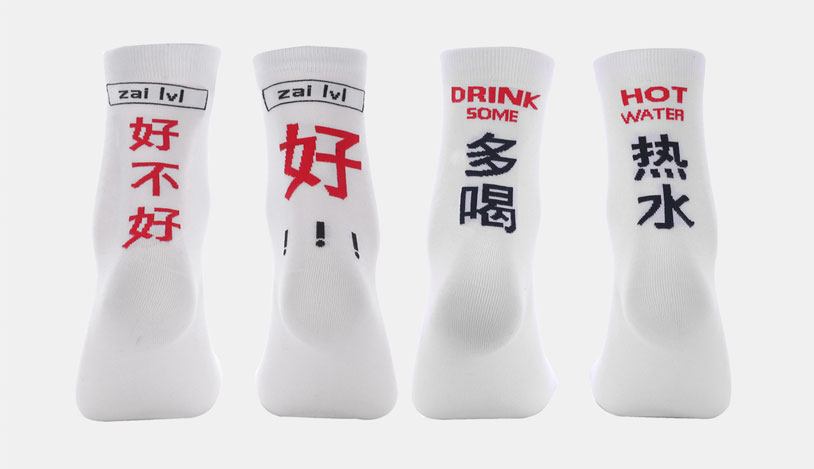 For Zai Level’s logo, shi (世) is the main character used. Why was zai (在) not used instead?
Our logo consists of three components, shi – which means the world, zai – to be present, and level – the degree to which you are present in this world. The original idea was to live in the present, not worry about the past or think about the future that much. Our main source of creativity is Chinese calligraphy, and, at the moment, there are not many brands using Chinese characters. I think Chinese culture is becoming more popular; there are so many people studying the language and visiting China. Currently on the market you can find a lot of [clothing with] Japanese or Korean characters – but not many with Chinese, and that’s where we thought we could explore something here.

How are you selling to clients?
Right now we have our website and a small Taobao store, but we’re mainly getting traffic from our Instagram. We offer free international shipping! Eventually we’d like to get into brick and mortar stores, we’re searching for partners right now.

Do you guys speak Chinese fluently?
Yeah, I speak Chinese fluently, and even passed the sixth level of HSK [chuckle]. I was studying in Germany for my bachelor’s [degree], and that’s where I started learning Chinese. After attending Peking University for my exchange year, I got completely hooked. I’d say it’s been about five, six years of studying Chinese almost daily. Niall is conversational as well.

Who is the main audience of Zai Level?
Our main audience is Westerners; people who are interested in China, have studied here or who are nostalgic about Chinese culture. Interestingly, generally speaking from what we observed, Chinese people don’t wear streetwear with Chinese characters. We use many quirky Chinese expressions combined with Western sayings like ‘qing wu jing huang’ (请勿惊慌) which means ‘please don’t panic’ and is in the same vein as the Western phrase ‘keep calm and carry on.’

What has the reception been like for your products?
It’s been great – I would even say amazing! Since we have no outside investments, we’ve done a lot with our resources and we’ve been pretty successful; we grew our Instagram following from the ground up to over 5,000 followers.

The duo is transforming the plastic consuming habits of individuals in Asia – one bamboo toothbrush at a time.