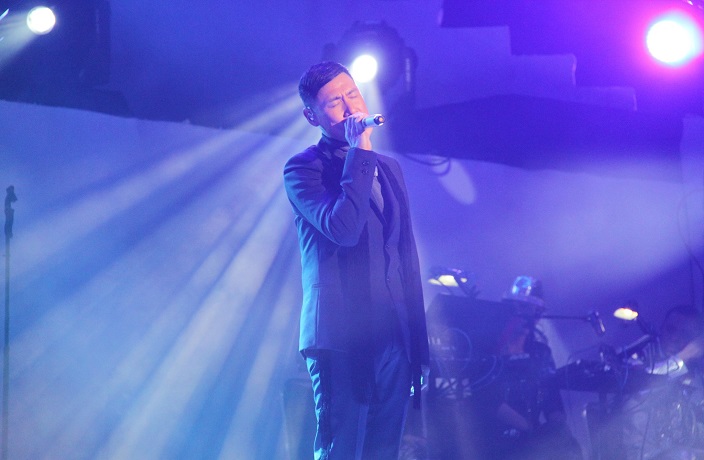 Known as one of the ‘Four Heavenly Kings’ in the Chinese music industry, Jacky Cheung is a famous Cantopop and Mandopop singer, songwriter and actor. Born in Hong Kong in 1961, Cheung released his first album Smile in 1985 and more than 30 years later, he has become a legend in showbiz. More recently, he became famous for unwittingly helping the police track down a number of fugitives at his concerts across the mainland.

Cheung’s first five albums earned him great fame and success, with hundreds of thousands of copies sold. However, this all came to a sudden halt with the release of his sixth album, In My Dream Last Night (March 1988), which sold under 50,000 copies. Unable to handle the album’s commercial failure, he struggled with alcoholism for six months following its release.

Cheung has a reputation for setting milestones. In 2018, he broke the Guinness Record for having attracted the largest number of spectators within a period of 12 months, with 2,048,553 fans turning up to his concerts that year.

3. Singing Competitions? No Thanks!

Cheung has no interest in popular television talent shows like The Voice of China. When asked whether he would like to be a judge on the show, he responded with an emphatic “No,” saying “there’s too much calculation involved, which makes it pointless.”

Over the past couple of years, Cheung’s popularity has ascended to a new level after a screenshot of him in a movie he did more than 30 years ago, As Tears Go By, went viral on the Internet. In the scene, Cheung says “Eat shit, you scum,” (吔屎啦你) with the cinematic snippet becoming a much-used catchphrase and meme among netizens.

Cheung’s extraordinarily good singing skills have earned him the nickname of ‘God of Songs’ and even criminals on the run can’t resist the chance to see him live in concert. As of December 22, 2018, around 60 fugitives had been caught while attending Cheung’s gigs, for which he has garnered another nickname – ‘The Bane of Fugitives.’