Pollution season is here — that time of the year when China’s major cities become shrouded in a blanket of thick smog.

If you’ve ever lived in China or followed news reports from around the country during the winter, you’ve likely seen all those ‘Airpocalypse’ photos.

In addition to the dense, grey skies, pollution also brings real health problems. PM2.5 particles, which can be found in the air on smoggy days, are small enough to penetrate deep into the bloodstream through the lungs and have been known to cause serious health issues. The impact of PM2.5 particles was responsible at least in part for around 1,420,000 deaths in China in 2019. 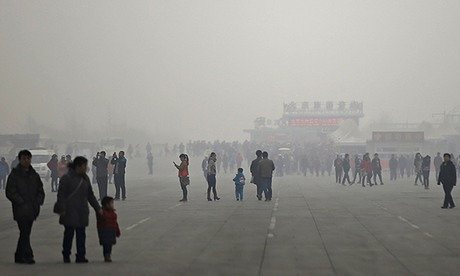 China ranked 11th in the world for highest average conentration of PM2.5 particles in 2019, a problem which worsens during winter. China’s smog is a big problem during the winter. The coldness of the winter months means that more coal and other fossil fuels are burnt during this time of the year. Central heating, which is usually powered by coal, is used in individual homes as well as commercial businesses during these months. The demands for energy soar in the colder months, while the naturally overcast weather traps the pollution beneath the cloud line, thus creating smog.

In addition to China’s far western Xinjiang Uyghur Autonomou Region, air pollution tends to be particularly acute in northern and east coast cities. During January and February 2020 however, satellite data mapped a noticeable drop in harmful nitrogen dioxide pollutants. The drop has been attributed to COVID-19 lockdown restrictions. 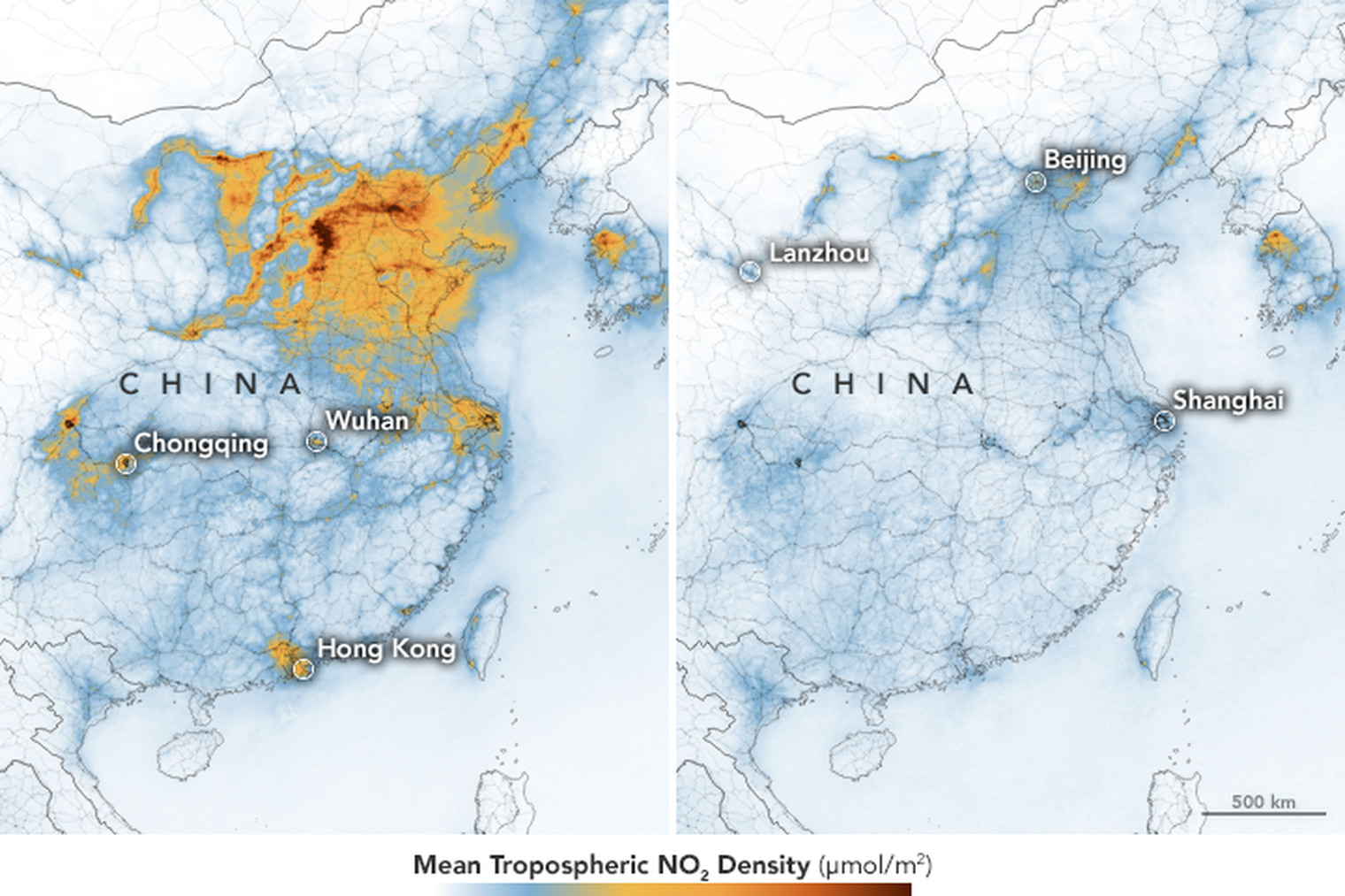 Satellite images show a dramatic drop in nitrogen dioxide across China from January to February last year as a result of COVID-19 lockdown restrictions.

Further research also showed a drop in PM2.5 particles during the same period, although there was an increase in harmful O3 particles.

Check out live updates on air quality in China and elsewhere.

What Can You Do To Protect Yourself from the Smog? Facemasks and air purifiers are an absolute must during this time of year. The masks will usually form part of your daily outfit when the smog levels get really bad. From cheap disposable masks to high end fashionable masks, you have to make sure you’re getting one which filters out harmful PM2.5 particles. Those are the particles which can enter your bloodstream and cause health problems after prolonged exposure.

Check out the best facemasks here.

Air purifiers for your home and office are also important, as the small particles can find their way indoors. For small kids as well as adults, air purifiers can be a little thing which can make a big difference on days with particularly bad air.

What is Being Done to Improve China’s Air? The Chinese government has made reducing smog levels a priority. In addition to short term solutions – including the temporary closure of factories, switching from coal to gas (with mixed results) and construction bans  – the government has also invested in clean energy. There has also been a movement towards hybrid and electric vehicles.

Government policy in China has also centered largely around the China Air Pollution and Control Action Plan (APPCAP) established in 2013. Amongst other measures, the number of China National Environmental Monitoring Centers has increased to more than 2,000 nationally.

Improvements have been made in Beijing. In 2019, the city was at 201 on the list of the world’s most polluted cities, an improvement in recent years. Many other Chinese cities remain high on the list, however. The government is under no illusion that improving air quality remains a challenge.

[Images via Greenpeace, The Guardian, China News, The Verge, Netease]

This article was originally published on November 11, 2016. It has been updated and republished on January 6, 2021.