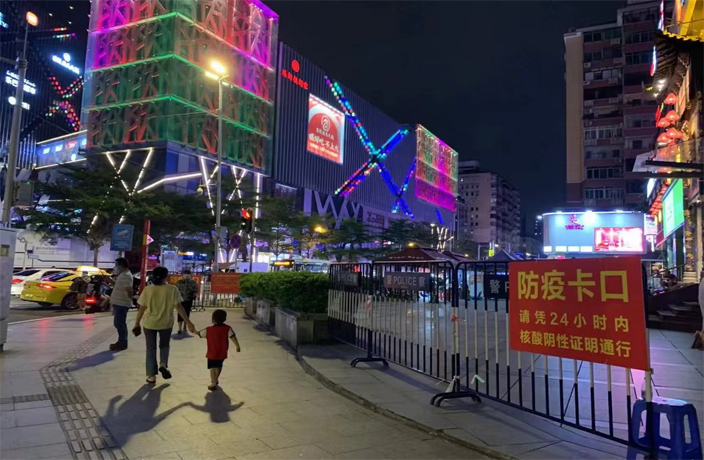 There has been a tiny piece of good news, the total number of cases in Shenzhen on September 2 was the same as the day previous (87). A light at the end of the tunnel? We hope so.

However, snatching that light away is the news that several districts in the city have practically implemented a full lockdown, with residents unable to leave their respective communities.

As for Guangzhou, the total number of cases was up slightly, from seven on September 1 to eight on September 2.

Also, after the announcement that in order to leave Haizhu and Panyu districts residents would need to present a 24-hour nucleic acid, pictures of barriers being put up around metro stations around the city circulated on Chinese social media last night.

Elsewhere in the province, Jiangmen reported four cases and Dongguan and Jieyang both announced two.

It was announced last night that starting from September 3 until September 4, Longhua, Luohu, Futian, Longgang, Nanshan and Bao'an districts will be “closed and controlled.”

This means residents will be unable to leave the community in which they live and all public transport has been halted.

For now, at least, residents are able to leave their apartments.

During the period of risk control, supermarkets, pharmacies and catering can be partially operated according to regulations (think waimai).

Two rounds of nucleic acid testing will be carried out on all residents in the city over the weekend.

The number of confirmed cases of COVID-19 in Shenzhen yesterday are as follows.

In total, the city reported 87 cases, 80 were already in isolation, one in key personnel screening, one through active consultation and five in community screening.

Fifty-four of the cases were symptomatic and 33 were asymptomatic.

Thirty-six were discovered in Futian, 14 in Yantian, 12 in Luohu, eight in Longhua, nine in Longgang, six in Nanshan and two in Bao’an.

Five of the cases were symptomatic and three were asymptomatic.

Several areas in Panyu and Haizhu have had their risk status upgraded, for more information on how to check risk areas, see the article below.

In order to implement the new policy around leaving Haizhu and Panyu districts, late last night images were circulating on Chinese social media of workers erecting fences to control the flow of people and to efficiently check health codes and testing history.

Picture of the barricades going up. Image via WeChat.