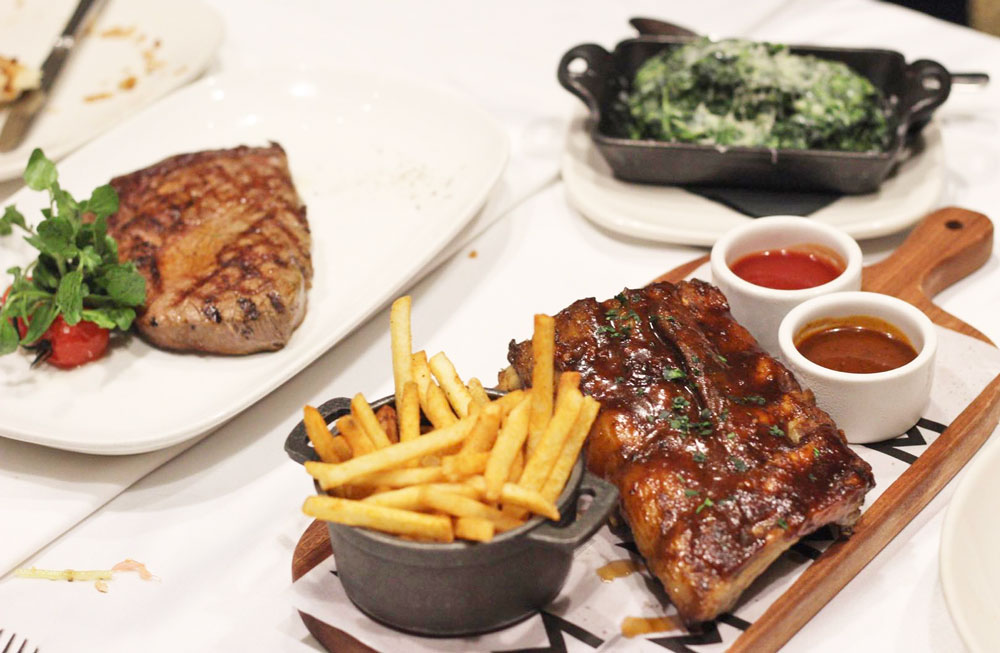 Originally from Chicago, Morton’s Grille has made a name for itself over the last few decades by providing the highest-quality steaks, an extensive menu with all the fixings you’d expect from any steakhouse, and happy hour deals with complimentary steak sliders that has patrons flocking to it seven days a week.

In Shenzhen, Morton’s has yet generate the same buzz within the expat community as its other locations in Asia, but this is rapidly changing as locals and foreigners alike start to embrace the charm of a traditional American steakhouse dining experience.

Perched on the top floor of PAFC

One would assume that the main focus at Morton’s Grille is the meat, and to a certain degree, it is. Mostly imported from Australia and United States, the beef is dry-aged to up to 60 days, and the selection of cuts includes rib-eye, sirloin, New York strip, porterhouse and more. What caught our attention, however, was the extensive options for starters, salads, soups, sharing plates, and classic American dishes, and what could be a detriment for some, ends up being one of Morton’s many highlights.

Once the freshly in-house bread hits the table, accompanied by whipped butter, the expectations jump sky-high. It’s just a perfectly executed dinner roll with bits of caramelized onion that hits all the right spots, and a great way to get things going. The jumbo lump crab cake (RMB208) that comes next is also next-level delicious. A barely-there, crispy batter encases huge chunks of delicious and juicy crab meat, served with a red pepper remoulade. It’s a dish that just can’t be faulted. 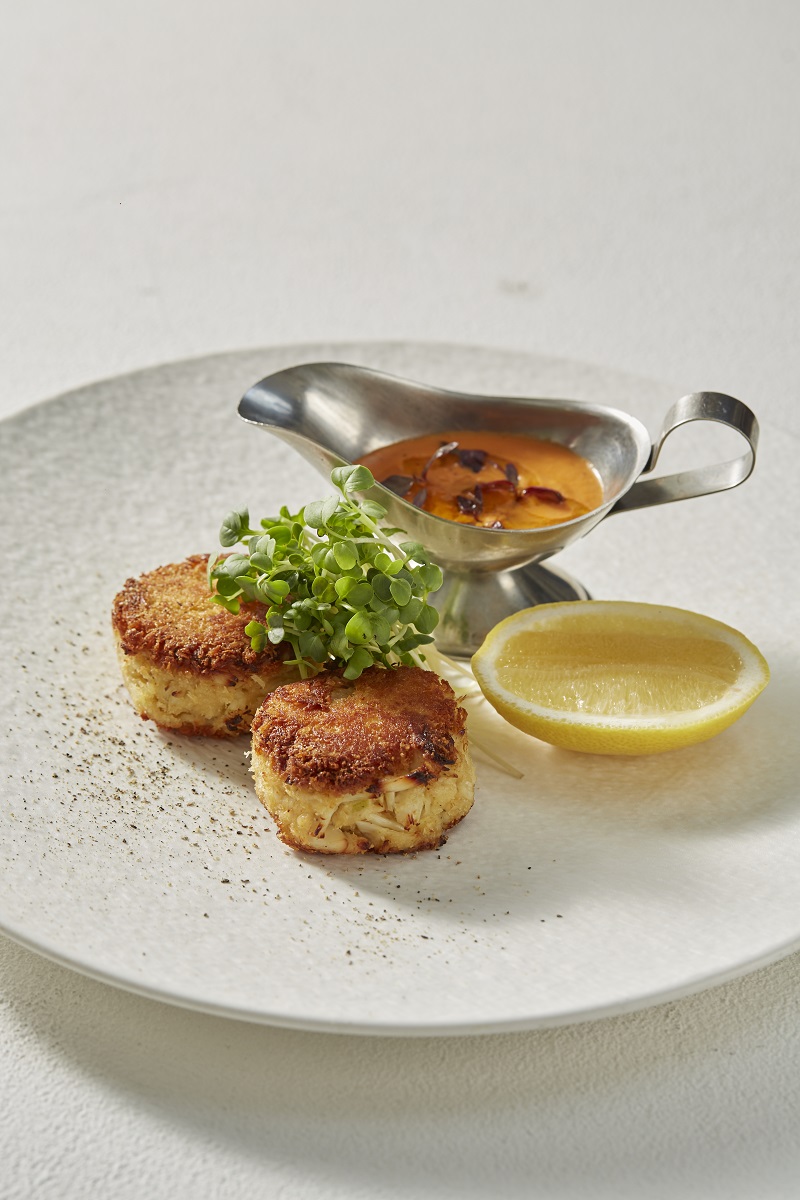 Next to get to the table is a shrimp diablo (RMB138), a trio of shrimps wrapped in bacon, served with cream cheese, avocado and smoked jalapeno. Although not as spicy as one would assume from a dish called ‘diablo’, it’s a delicious bite, a mix of different textures and flavors that are tried and true. 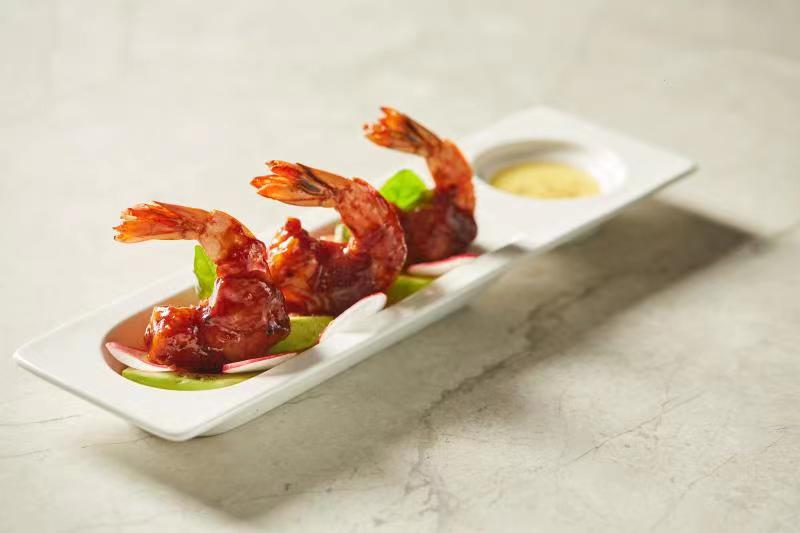 The seared tuna ‘ceviche’ (RMB138) is beautiful to look at, and the fact that it is prepared at the table adds a bit of flare. When it comes to tasting it, however, it becomes a bit less appealing. The black pepper crust is a tad overpowering, and the fish is slightly overcooked, which is something that should never be said about ceviche. Perhaps the main issue here is the name of the dish. A seared tuna salad perhaps would be a more accurate description of what we got, and would work as a fresh palate cleanser before the main course. 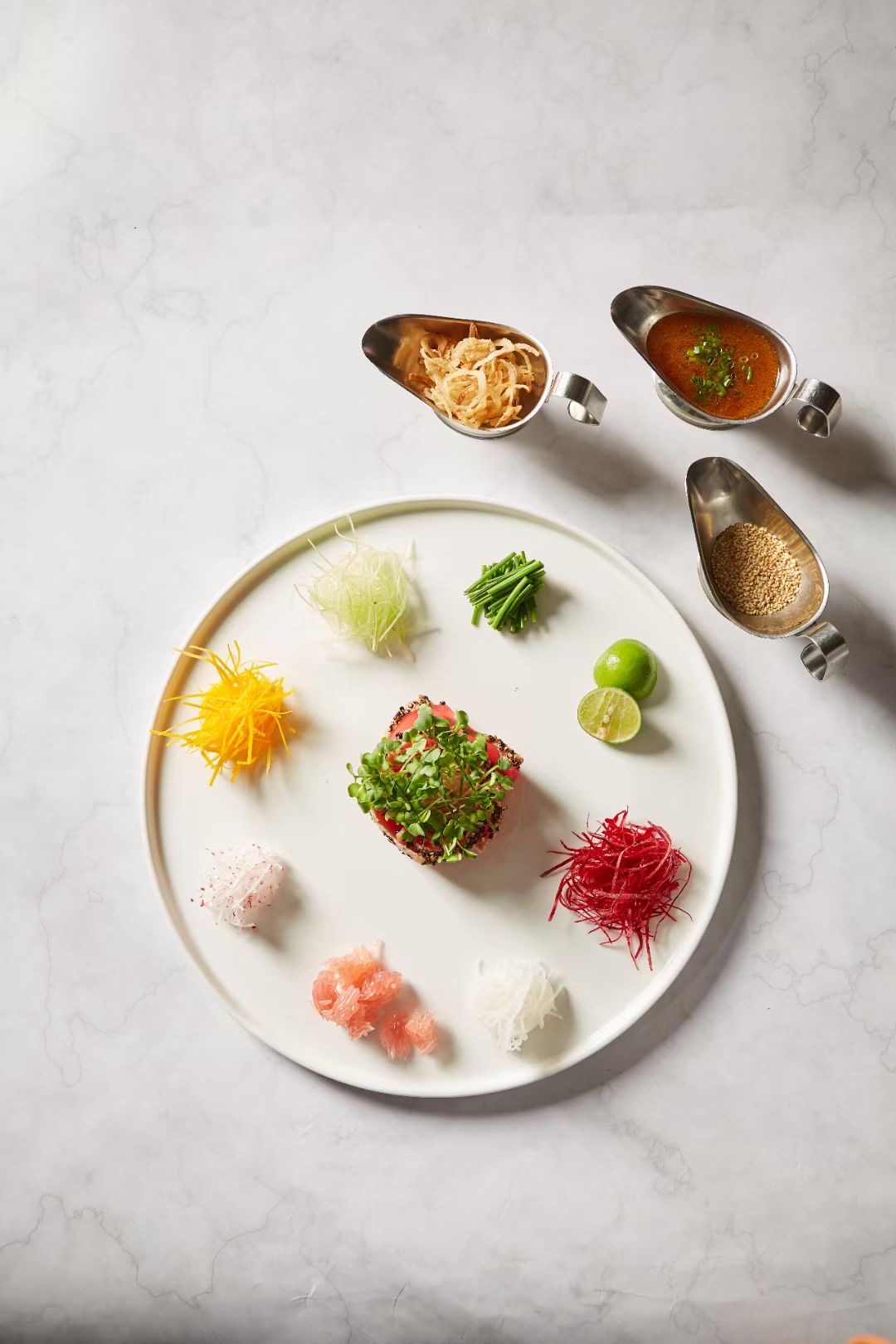 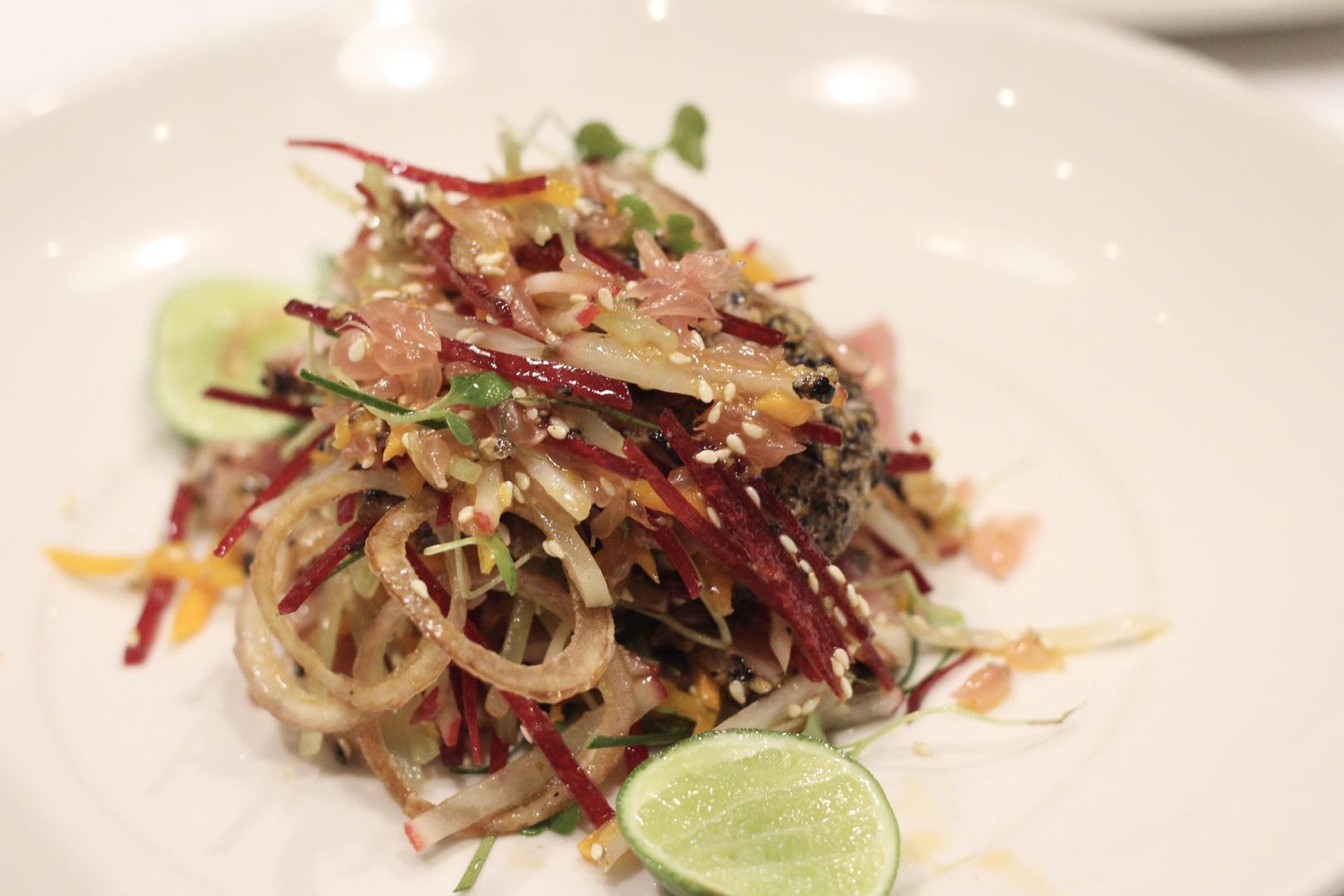 It’s time for steak, the most anticipated dish and the reason we are here. It’s a Rangers Valley center-cut ribeye (RMB428), and it delivers on all fronts. It’s perfectly cooked to a medium-rare, as requested, with a nice sear on the outside, juicy and tender to the cut. The 40 days dry-aging process delivers a subtle fermentation flavor, but not overpowering whatsoever. This is perhaps the safest cut to order if you’re not familiar with the flavors and aroma that a longer aging process can result in the meat. If you’re brave enough and love the blue cheese notes of a 60 days aging, we suggest you go for the Porterhouse.

The BBQ iberico pork ribs (RMB188) ribs come with crispy and delicious french fries. Don’t expect fall-off-the-bone goodness, as that is not what these ribs are intended to do, but there’s no disappointment when it comes to the flavors. 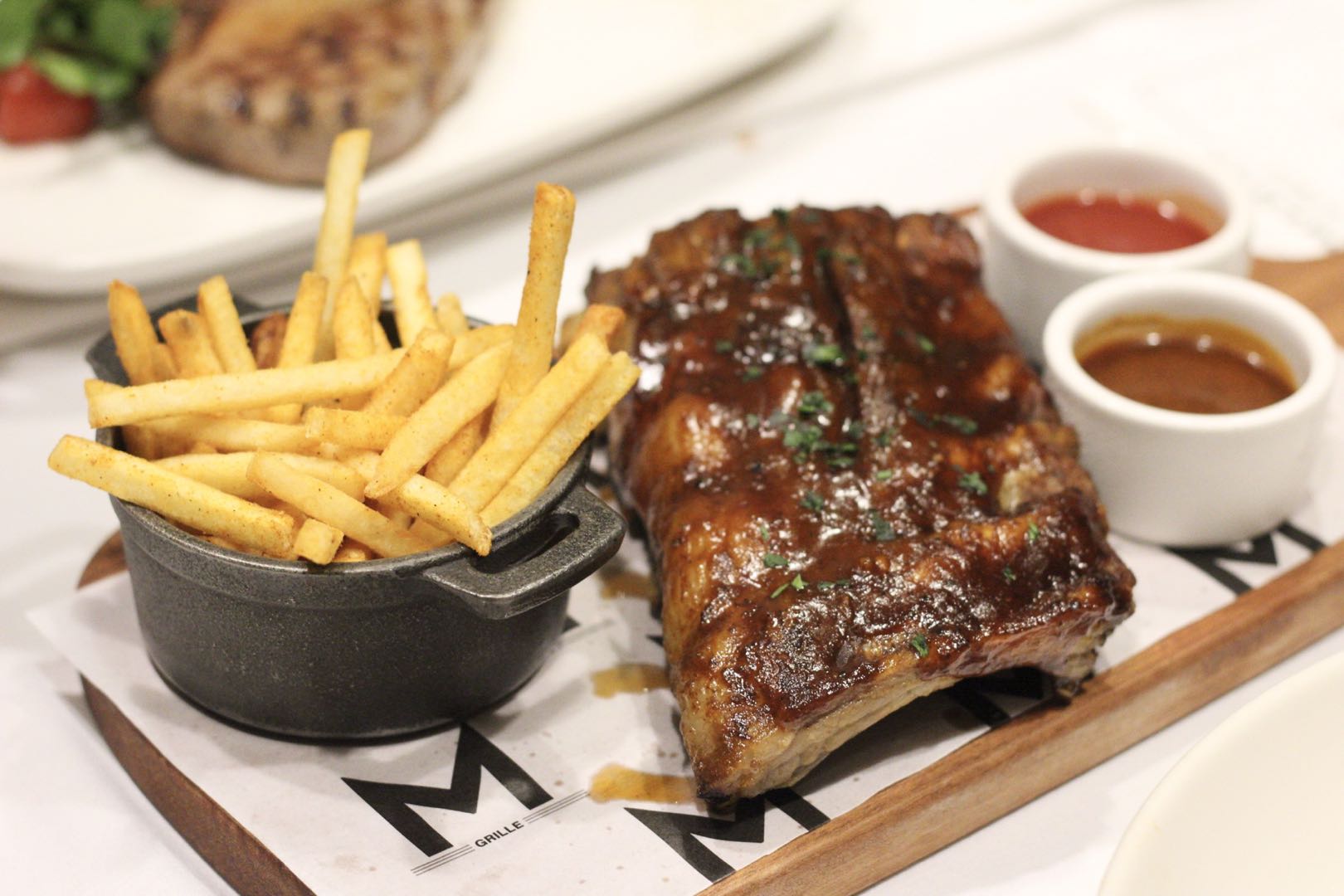 The last main is a wagyu beef tagliatelle ‘bolognaise’ (RMB168), served with shaved beetroots on top. It’s not a bad dish per se, but it does lack flavor in the sauce, especially considering the previous dishes… or perhaps we had just been spoiled by all the other amazing things we’ve eaten beforehand.

The sides, as well as the appetizers, do something that a lot of steakhouse are afraid to do: they actually season them perfectly. The creamy, cheesy and well-balanced creamed spinach (RMB48) is delicious, and the mashed potatoes with oxtail gravy (RMB68) are simply amazing. Hard to believe there would be such an emphasis on these run-of-the-mill dishes, but they do deserve all the praise. To finish off, a Morton’s classic: lava chocolate cake with ice cream. It's a rich, delicious and gooey dessert that feels extremely indulgent and messy, in the best way possible. 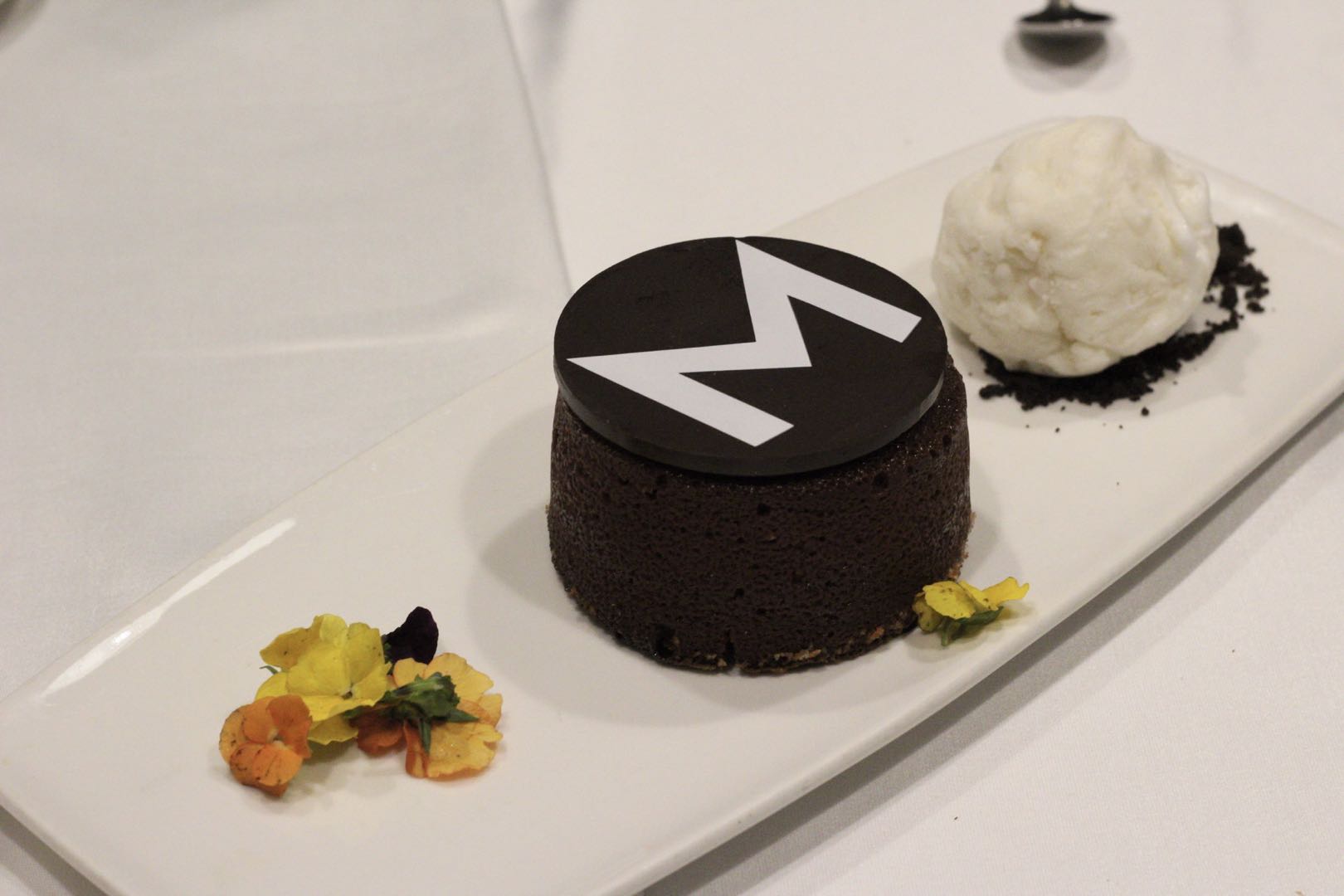 Nested in a swanky location and with all the elements that have made it a staple over the last few decades, Morton’s Grille seeks to establish itself as a great option for those for a more traditional dining experience and crave for familiar flavors from back home, and it does deliver with a perfect balance of flavor and authenticity. Even though we only tried a fraction of what the menu offers, most dishes are extremely successful, and it shows why Morton’s is one of the go-to steakhouses in town. 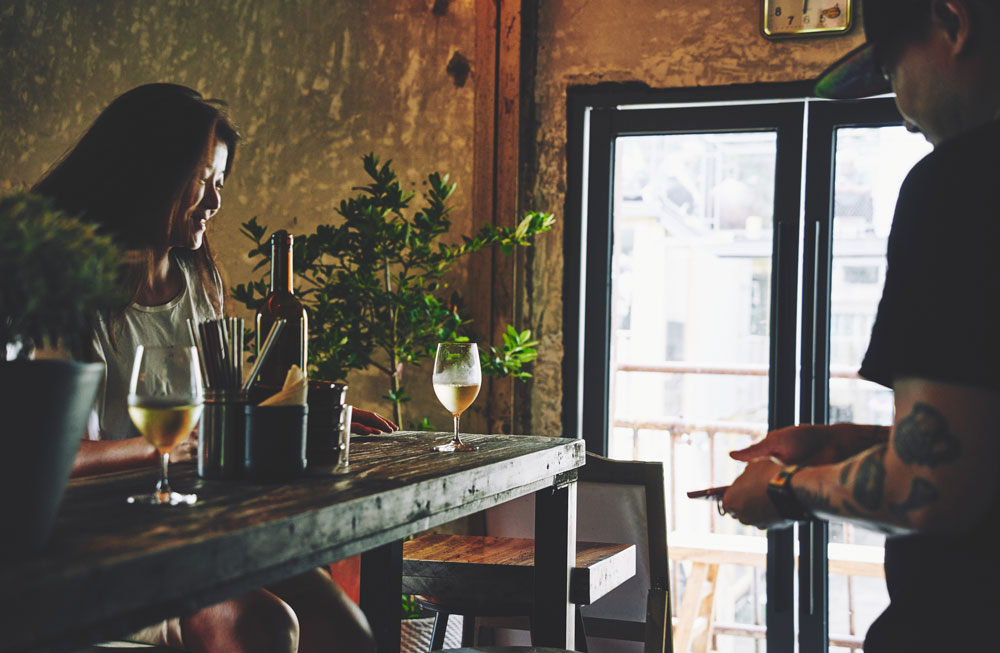 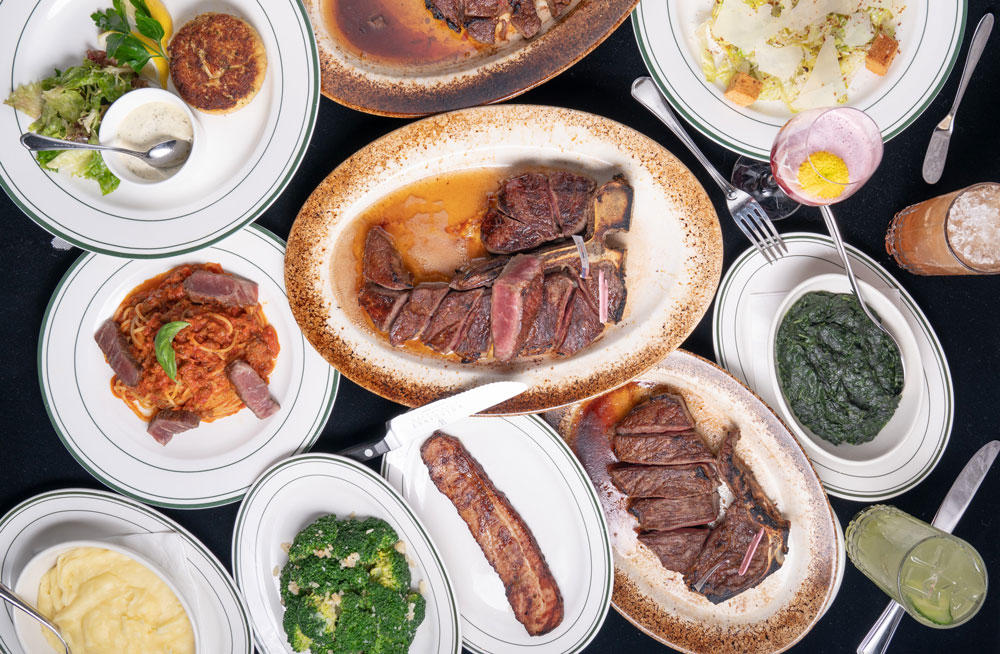