On February 24, plans for the ‘Guangshen Metro’ (广深地铁) were officially confirmed for the first time. Jiang Li, the Deputy Director of the Guangzhou Municipal Bureau of Planning and Natural Resources, revealed that Guangzhou Metro Line 22 will eventually be extended to Shenzhen.

Currently, Line 22 is under construction and is touted to be an ‘underground high-speed rail’ with a speed of 160 kilometers per hour that will connect downtown Guangzhou to Nansha district in 20 minutes.

Plans reveal that Guangzhou’s Line 22 will merge with Shenzhen Metro Line 18 which is still in the preliminary plan research stage – no specific routes have been determined.

The construction and merging of these metro lines further contribute to the overall plan of the Greater Bay Area (GBA). Guangzhou is aiming for a ‘306090’ transportation circle, which means that one will be able to commute from downtown Guangzhou to the downtown areas of Foshan, Dongguan and Shenzhen in 30 minutes. From there, it will take 60 minutes to reach the downtown areas of other cities in the GBA and 90 minutes to other central urban areas in the province. 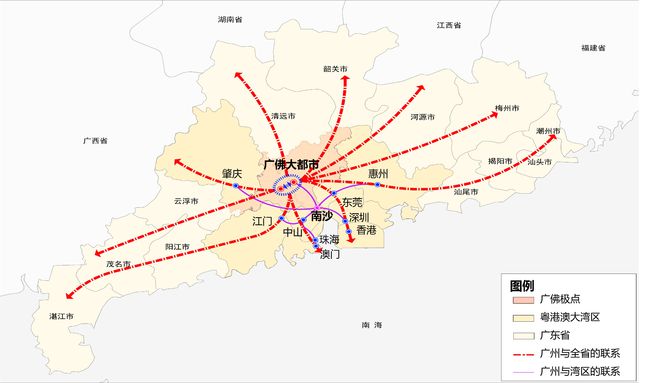 Concurrently, the Guangzhou-Shenzhen Second High-speed Railway and other projects are also in the planning stages. The high-speed railway would connect Baiyun Airport and Bao’an Airport in around 20 minutes.