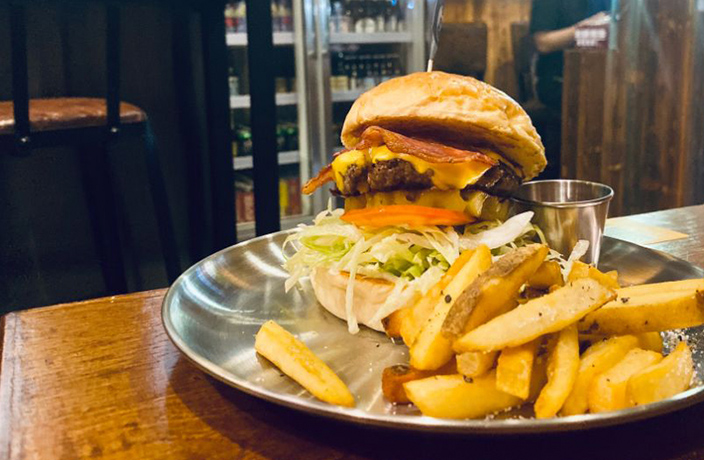 Longtime friends and high school classmates Ashin, Aniu, and Xiaobai are the fine folks behind one of Shekou’s newest burger joints, Monster. The store is hidden away on an unremarkable street located between Shuiwan and Dongjiaotou stations, far away from the expensive Western fare in expat hub Sea World. 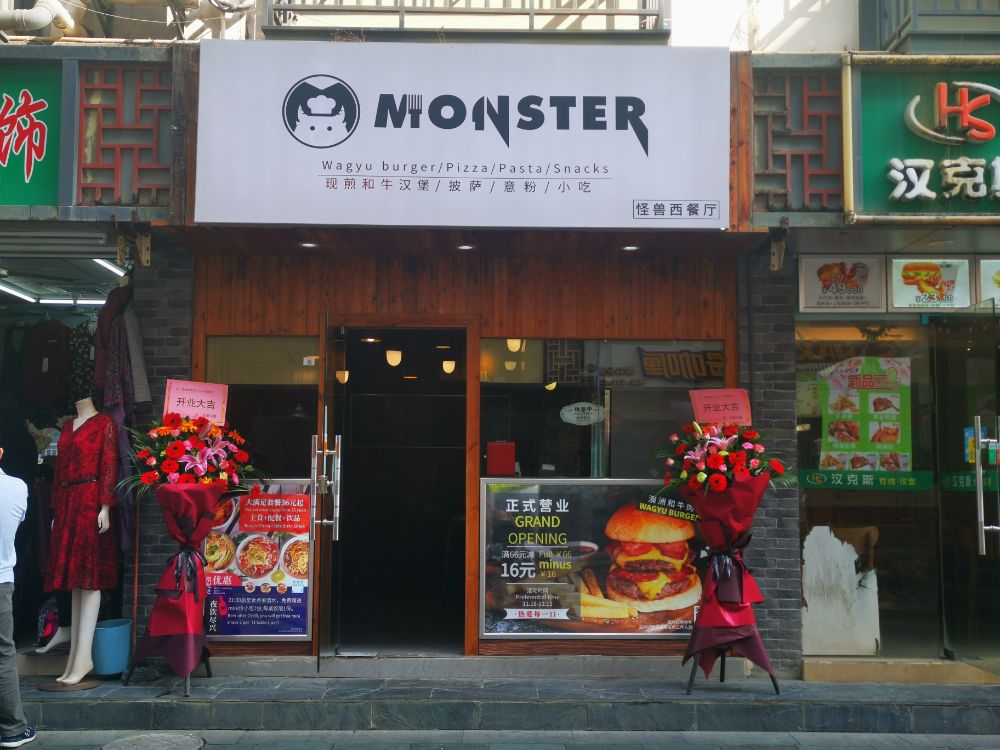 The trio of friends came into this new project with three years of hard-earned experience, gained from the trials and tribulations of opening and running their first restaurant, Burgertalk.

From the grilled buns to the patty and the toppings, you’ll find yourself salivating before, during and after your burger. These are probably some of the juiciest burgers you’re going to find in Shenzhen and for prices that will make your wallet thank you. We ordered the Hawaiian burger set (RMB65), which comes with a side of fries and a Coca-Cola. If you’re hankering for something boozy, they have a wide selection of imported bottled beers as well. 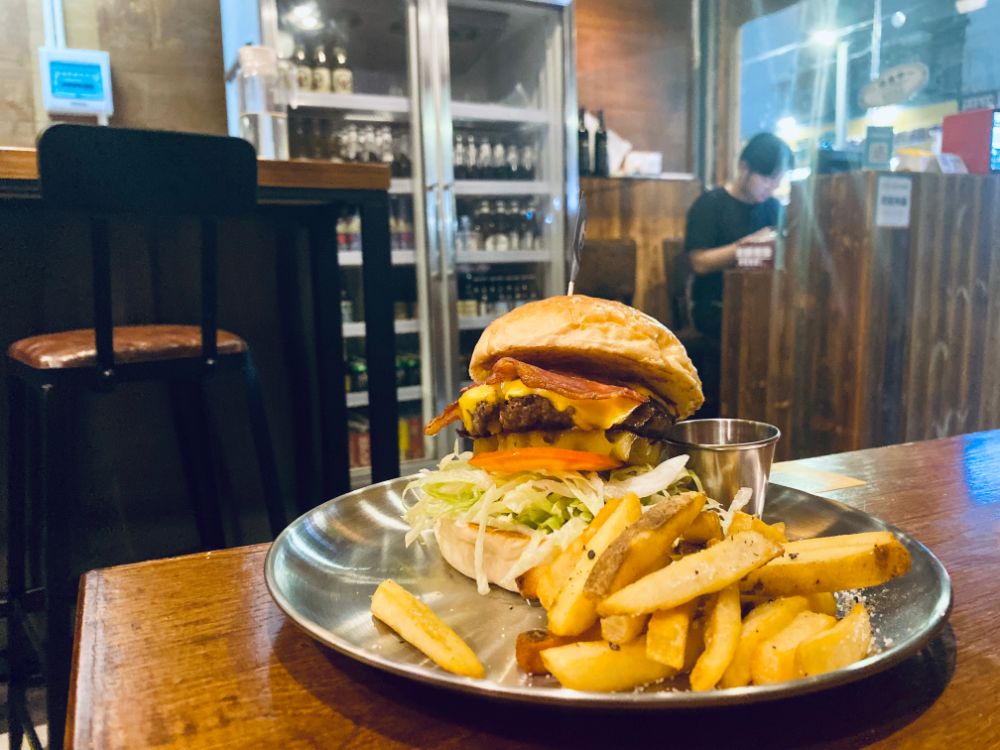 Image by Christine Tan for That’s

The Hawaiian burger’s defining feature is a thick Wagyu patty, which is complemented by bacon, tomatoes, lettuce and perfectly-grilled pineapple. It’s a beast of a burger and it more than satisfied our grumbling, burger-lovin’ stomachs.

Monster’s beef is currently imported from Australia. According to the friendly proprietors, they’ve been hunting around South China for the best meat suppliers for the better half of the past three years and they keenly believe that you’ll taste the difference in every bite.

The owners are all hands on deck, managing and operating the place themselves. They’re serious about the burger biz and have great taste in music (the store’s playlist had us groovin’). 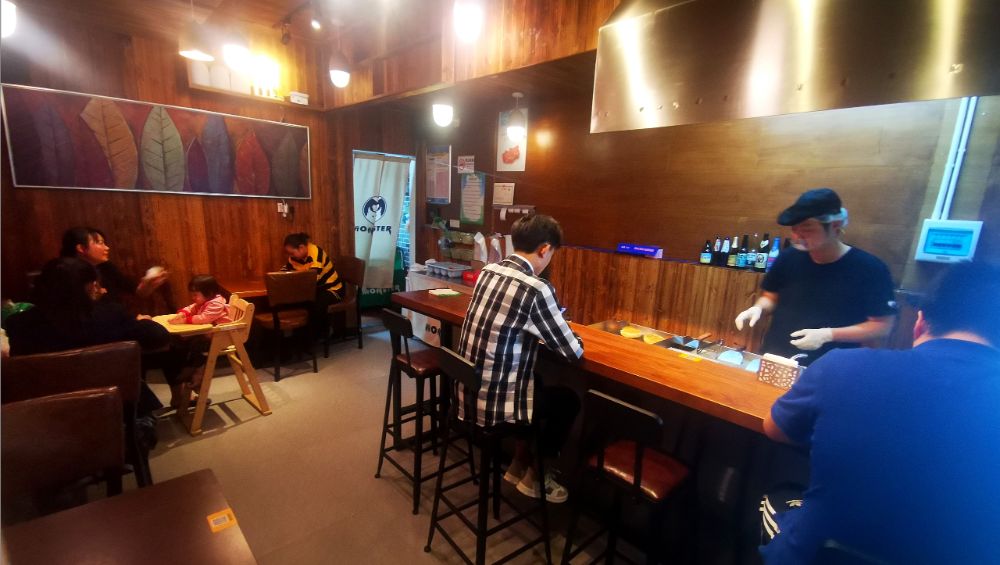 There are a handful of seats in the cozy interior that’s head to toe covered with wood paneling. So, if you’re passionate about wood and meat, you’re really going to enjoy yourself here.The shop is quite the well-kept secret at the moment, as it’s new and just putting down roots in Shekou. Make sure you grab a bite now before it gets too popular and you’re struggling to get a seat.