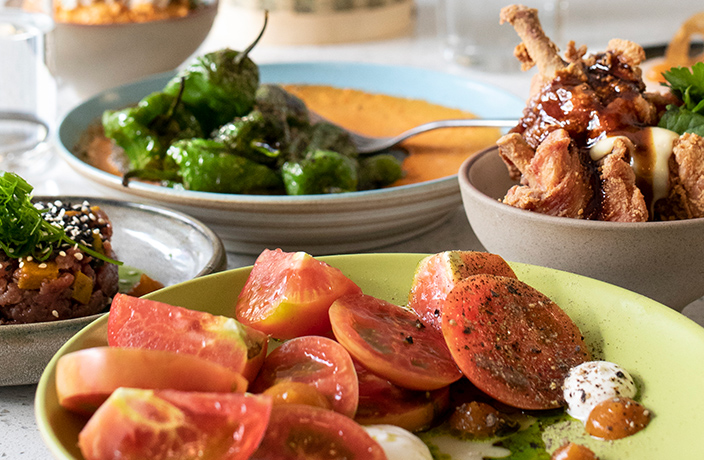 If you’ve been in Shenzhen for a while, you’ve surely heard of local favorite, Magpie. You’ll be excited to know that the same team has opened up a new concept (in line with the bird theme) called Corvidae, at Coco Park. 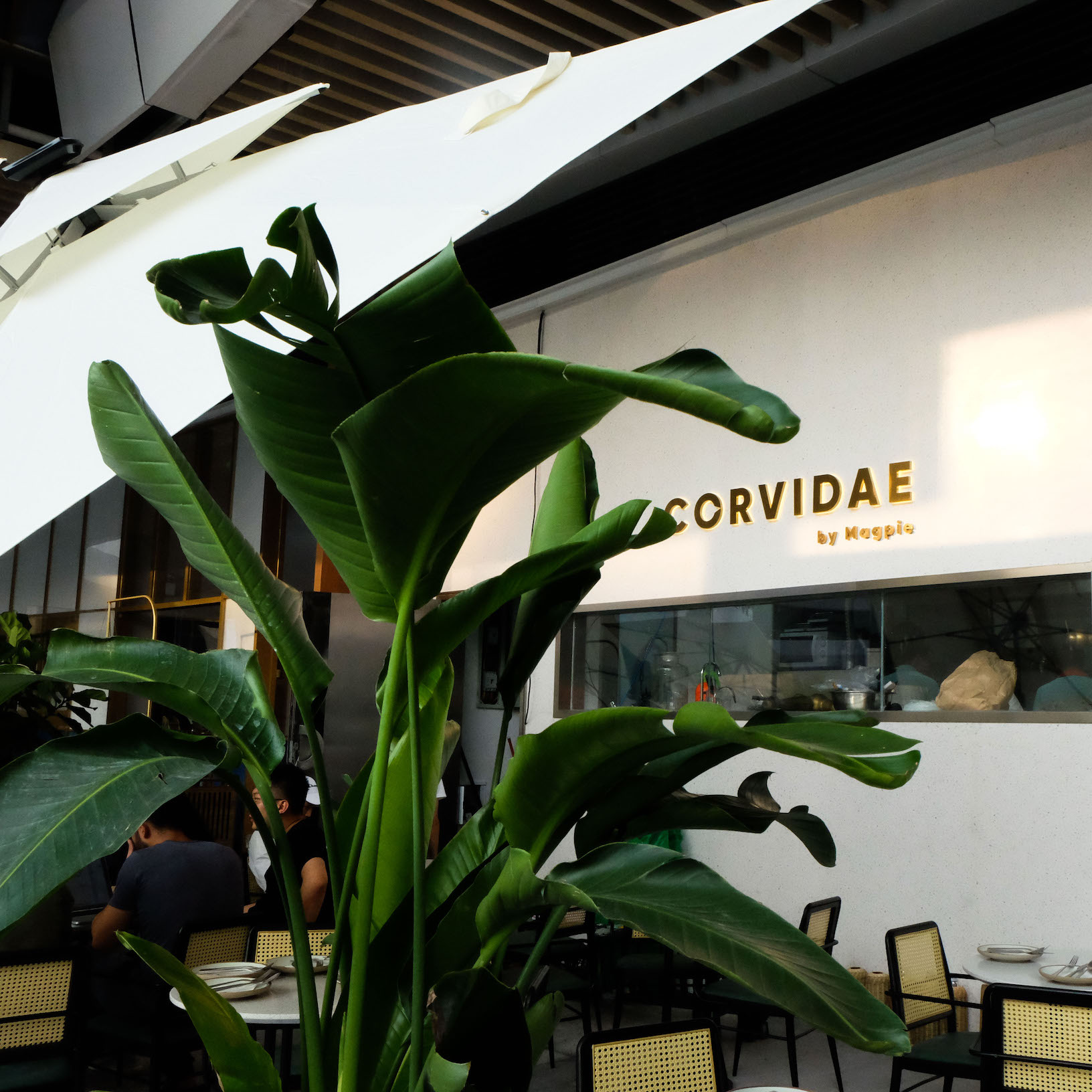 Corvidae is described by Cadence Gao, chef-owner of Magpie, as “casual eating influenced by childhood memories of a Northerner.” When we visit the restaurant on a Wednesday night, Gao vividly recalled the story behind each dish. For instance, the ‘Spamwhich’ (RMB65) is a grown-up version of a treat that Gao’s grandfather used to prepare on a whim back when he lived in Shanghai.

The menu is divided into three sections: There’s meals if you’re riding solo, small sharing plates or feasts for larger groups. Full disclosure: We’re not the biggest fans of tomatoes but the seasonal tomato salad (RMB65) has us sold. The ripe tomatoes are paired with fresh curd, apricot and basil sauces.

Next, we move onto the ‘Kinda Healthy Chicken’ (RMB105), which contrary to its name is actually a moist, juicy pheasant. This is not the most adventurous dish on the menu but is delicious and sure to please. If you’re looking for something casual, Corvidae offers four different types of bao (RMB30 for one or RMB100 for four). We’d recommend the fried chicken bao or the pork belly bao. 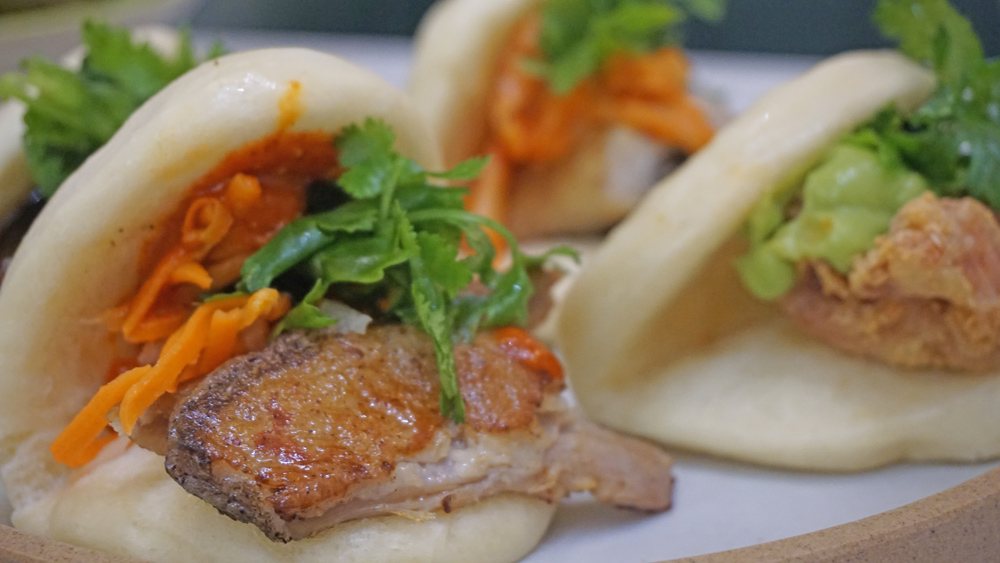 For the adventurous palate, venison tartare (RMB65) with white truffle is a prime option. Don’t be startled by the appearance, the meat is fresh and makes for a nice, light appetizer. 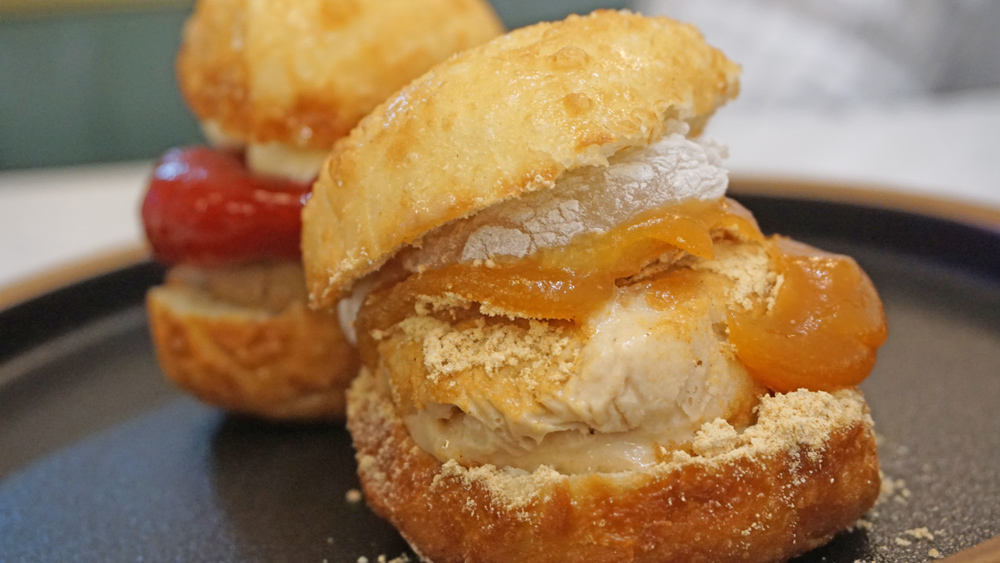 For dessert, the sweet bao are a hands-down must. The nutty mochi bao (RMB45) is fried to a golden-brown crisp, and sandwiches soy bean ice cream, a hawthorne reduction and, of course, mochi. Eating this dessert is a race against time, as it’s a fast-melting but truly delicious mishmash. 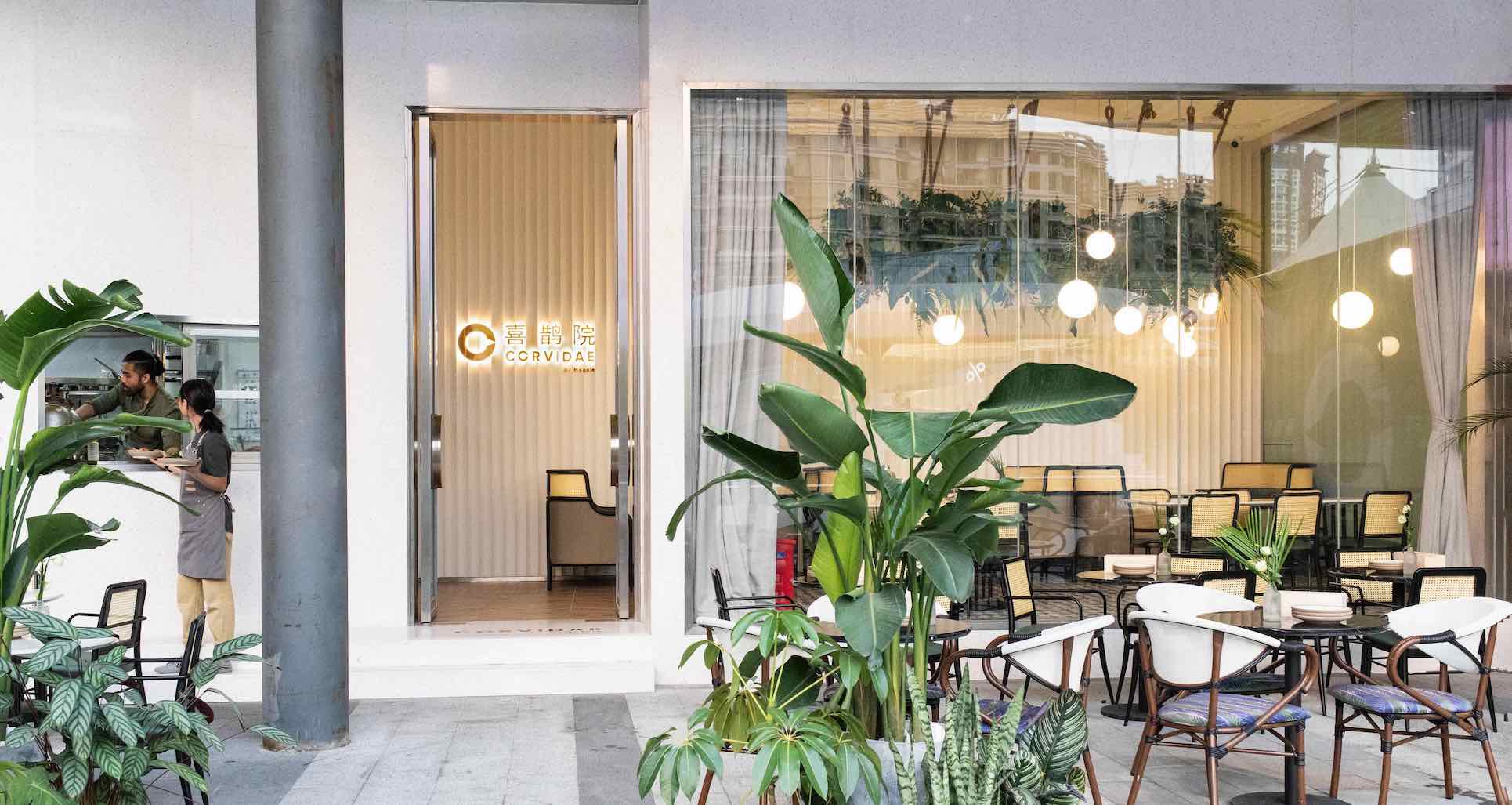 Whereas Magpie is described by Gao as a “dark bunker” suited to his father’s tastes, Corvidae is an ode to his mother. The restaurant is fresh, modern and bright throughout. In addition to delicious food, presentation is a part of the experience, and everything is aesthetically on point. Whether it be the beautiful ceramics or the French-style bistro chairs, dinner here is sure to be a pleasant experience.