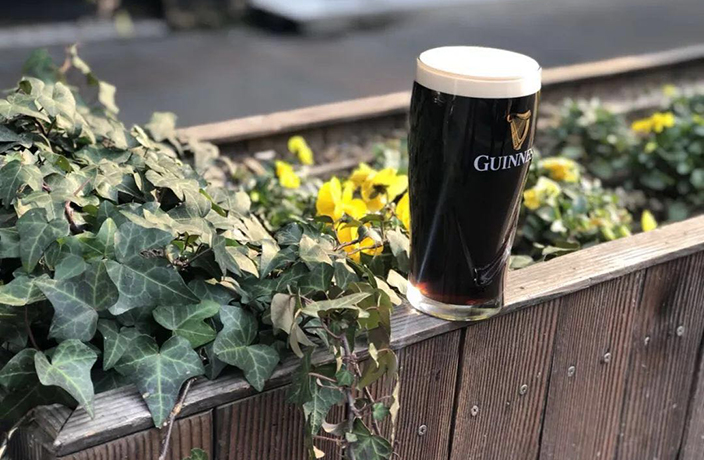 The history of ales goes back for ages.  Generally regarded as a product from the United Kingdom, ale grew into popularity as a lightly carbonated cask-aged brew.  In a time when light ales were dominating the market, one man decided to zag when everyone else was zigging.  A young Arthur Guinness saw a new trend growing within the beer industry, and with a pioneering vision, he created one of the most well-recognized beer brands in the world.

The story of Guinness Draught begins with Arthur Guinness in Ireland in the mid-1700s when he earned a small inheritance.  A family friend of Arthur had passed and left him 100 pounds, which at that time was quite a large sum of money.  Arthur was in the business of brewing real ale, constantly driven by his creativity to brew a better beer.  In 1759, Arthur decided to take his talents to the largest Irish city, Dublin, where he found an old dilapidated brewery, St. James’s Gate Brewery.  For a mere 45 pounds a year, which at that time was equal to about $10,000 USD, Arthur signed a near-endless lease, for 9000 years.

Everything about the brewery and its equipment was decrepit, badly in need of a colossal overhaul.  For the next 40 years, Arthur brewed real ales for the thirsty Irish population, but a new brewing innovation on ingredients changed the course of brewing history.  The introduction of roasted malts, which add a smoky or chocolaty taste with a darker color, gave rise to the porter and stout. 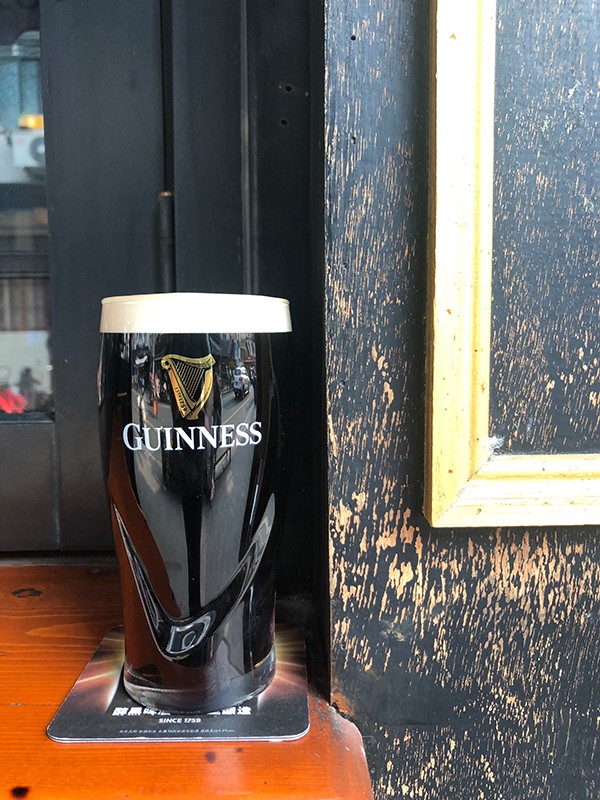 Porter’s originally named for their popularity amongst street and river porters who worked all day and fancied a pint of the dark brew upon completing their workday.  Stout was a style of porter that was brewed with a higher ABV, but recently stout refers more to the darker color and heavier body of the beer, as opposed to porters, which tend to be lighter in body and color.

In 1799, Arthur Guinness shifted his focus from ales to only brewing dark beers.  Concentrating on a beer for the bold with a creamy frothy head, this was the first step to the Guinness Draught that the world knows today.  Unfortunately, Arthur passed away in 1803, leaving the company in the fully capable hands of his son, Arthur II.  Arthur II had followed his father around the brewery and learned all the ins and outs of what kept the brewery flush with life, and being ripe with the same inventive spirit of his father, pushed forward with making Guinness a globally recognized brand.

Fully focused on brewing nothing but porters and stouts, Arthur II officially recorded the exact recipe for Guinness Original and Guinness Extra Stout, a darker and stronger version of Guinness made especially for the British market but marketed as Foreign Extra Stout around the world.  By the 1850s while other Irish breweries were still creating beer specifically for the domestic market, Guinness was already a master of global distribution with outlets in the USA, Africa, Portugal, the Caribbean and even as far as New Zealand.

Guinness grew as an international brand, even becoming one of the top 10 largest companies in the world during the early 1930s.  Even with the intense growth of the brand, Guinness always put an emphasis on innovation.  The brewery was the first to employ scientists that aided with their recipes, brewing procedures, serving techniques and everything else.  In 1959 Guinness Draught was introduced, adding nitrogen to draft CO2 draft systems, which gives Guinness its trademark creamy head and smooth body.  Due to smaller bubbles created by the nitrogen, Guinness is stated as requiring a two-pour method, and the company has stated that a properly poured Guinness requires exactly 119.53 seconds to achieve the perfect consistency.

Not only does Guinness put their effort into producing a superior product, but also their marketing campaigns for the beer have been timeless.  Introduced in the 1930s by famed pop artist John Gilroy, a hapless zookeeper is seen with his animals while sporting a pint of the black stuff, reading either “Lovely day for a Guinness” or "My Goodness My Guinness" and have since become foundational mottos for the brand.  Even down to the perfect pour, the Guinness marketing team hires a “professional pourer” whose sole job is to pour a perfect Guinness for video, print, and online marketing purposes. A true legend within brewing history, Arthur Guinness epitomizes the soul of what craft beer was during his time.  Using revolutionary tactics to grow his brand into a world-renowned brewing behemoth, the blood of the Irish doesn’t flow blood red, but Guinness Black.