A gambling ring based in Shenzhen was prosecuted recently after police seized mobile phones, laptops, money and verified that the gang were operating an illegal casino via the use of WeChat red envelopes and artificial intelligence software.

Leaders of the group, Cai, Li and Huang, established their gambling network at the beginning of 2017, hiring 14 employees to operate the WeChat group and to accept transactions 24 hours a day.

Li and Cai, along with 13 other accomplices, each received sentences ranging from one to four and a half years with fines ranging all the way up to RMB200,000.

Named the 'Golden Star' gambling gang, the group reportedly raked in around RMB430 million between the beginning of 2017 and March of 2018 when they were arrested. Of that money, the police were able to freeze just over RMB600,000. 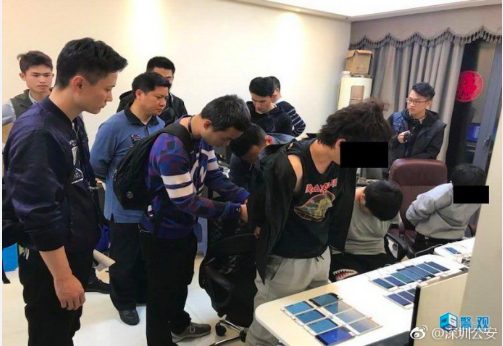 Of the 19 people who were arrested at the time, 15 were deemed guilty and prosecuted, while four members who had been with the group for a short time were found to be not guilty.

The AI software that the group used to facilitate their online gambling has been described by Shenzhen Police as giving the group a distinct advantage over gamblers, whilst The People's Procurate of Nanshan described the use of the machine as creating "convenient conditions for online gambling."

This is reportedly the first case of a public prosecution under the police force's new effort to sweep away vice and gang-related crimes within The People's Procurate of Nanshan.

Elsewhere, the Shenzhen Municipal Public Security Bureau reported that the group attracted around 200 customers per day with a daily average intake of around RMB1 million.