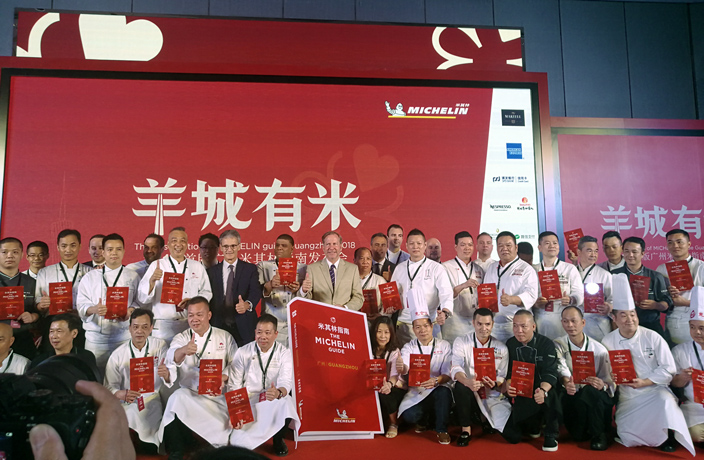 It’s the day our city’s F&B community has been waiting for: today Michelin revealed who made it into the company’s inaugural Michelin Guide Guangzhou 2018. The guide was officially announced in December 2017 and Guangzhou is the second city on the Chinese mainland to receive it after Michelin Guide Shanghai 2017.

Undoubtedly the most prestigious (and feared) restaurant guide out there, Michelin Guide books profile a region’s best eateries and divide them into five categories: Three Stars, Two Stars, One Star, Bib Gourmand and Michelin Plate, all of which have a specific definition – which we’ll explore more below. Inclusion in the guide is, in many ways, the restaurant industry’s version of an Academy Award and can have a massive impact on the success of an eatery.

At a swanky ceremony held at the InterContinental Guangzhou this afternoon, top level Michelin staffers gave speeches praising the city’s cuisine before explaining a bit about the history of the guide and the restaurant selection process.

“Cantonese food has been well received worldwide by food lovers,” said Michelin Group Gastronomic and Tourist Activities Director Alexandre Taisne. “There are over 200 Cantonese restaurants in Michelin Guides around the world. Now we are pleased to add the home of Cantonese food to our Michelin Guide selection.”

Of course, the big winners were also announced at the event. While some epic Guangzhou eateries did make the cut, we were a tad disappointed that the highest honor dished out was a One Star rating. Below, we unveil who was honored. 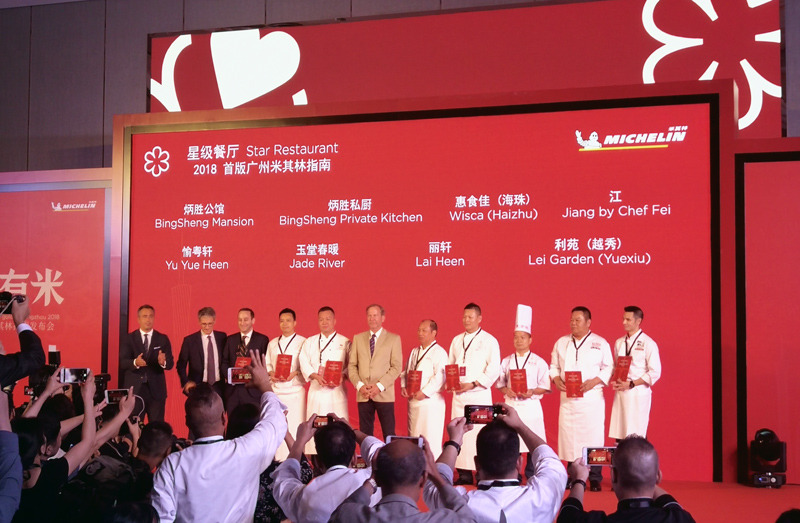 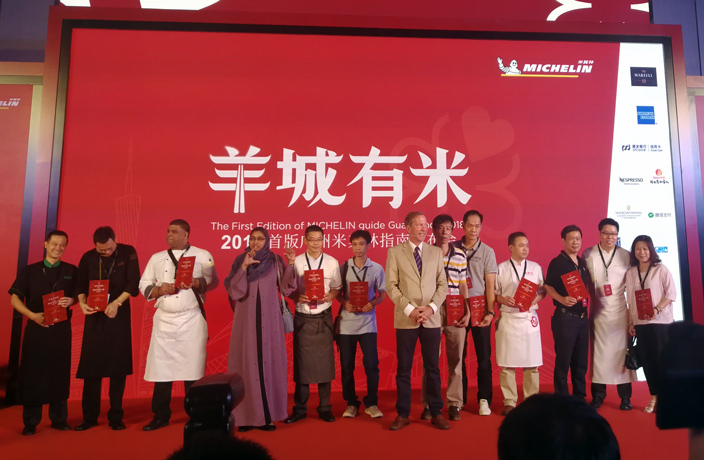 "Fantastic cooking for RMB200 or less." 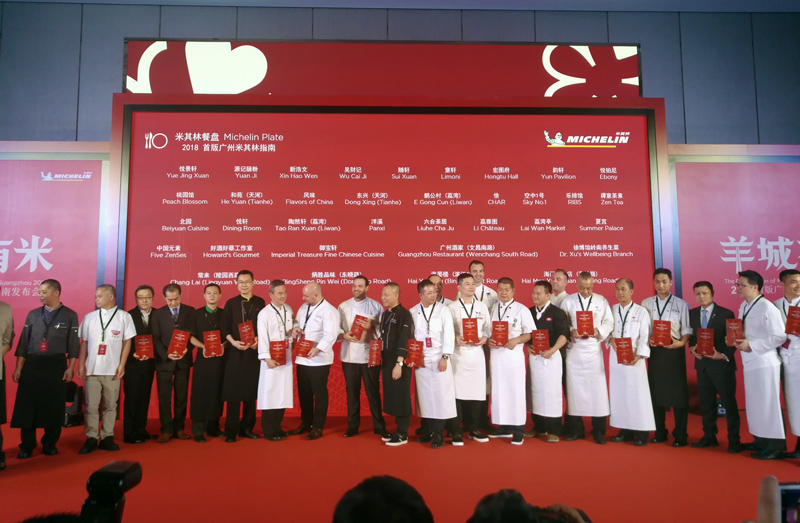 When Michelin Guide Shanghai 2017 was revealed in late 2016 there was more than a few ruffled feathers, with some in the city’s F&B industry criticizing the selections made by Michelin’s super-secretive, anonymous inspectors.

“I feel sorry for the three star restaurants of the world that have to share their titles with the selection that was just made,” one chef (who asked to remain anonymous) told That’s Shanghai at the time.

Another noted: “… it looks like Michelin played it safe, giving stars to restaurants that have stars in other cities. It was a safe bet.”

Regardless of what the reaction is from Guangzhou’s chefs and restaurateurs, we’re just happy Guangzhou is finally getting the recognition it deserves as a culinary Mecca, on the same foodie pedestal as New York, Paris and Hong Kong. 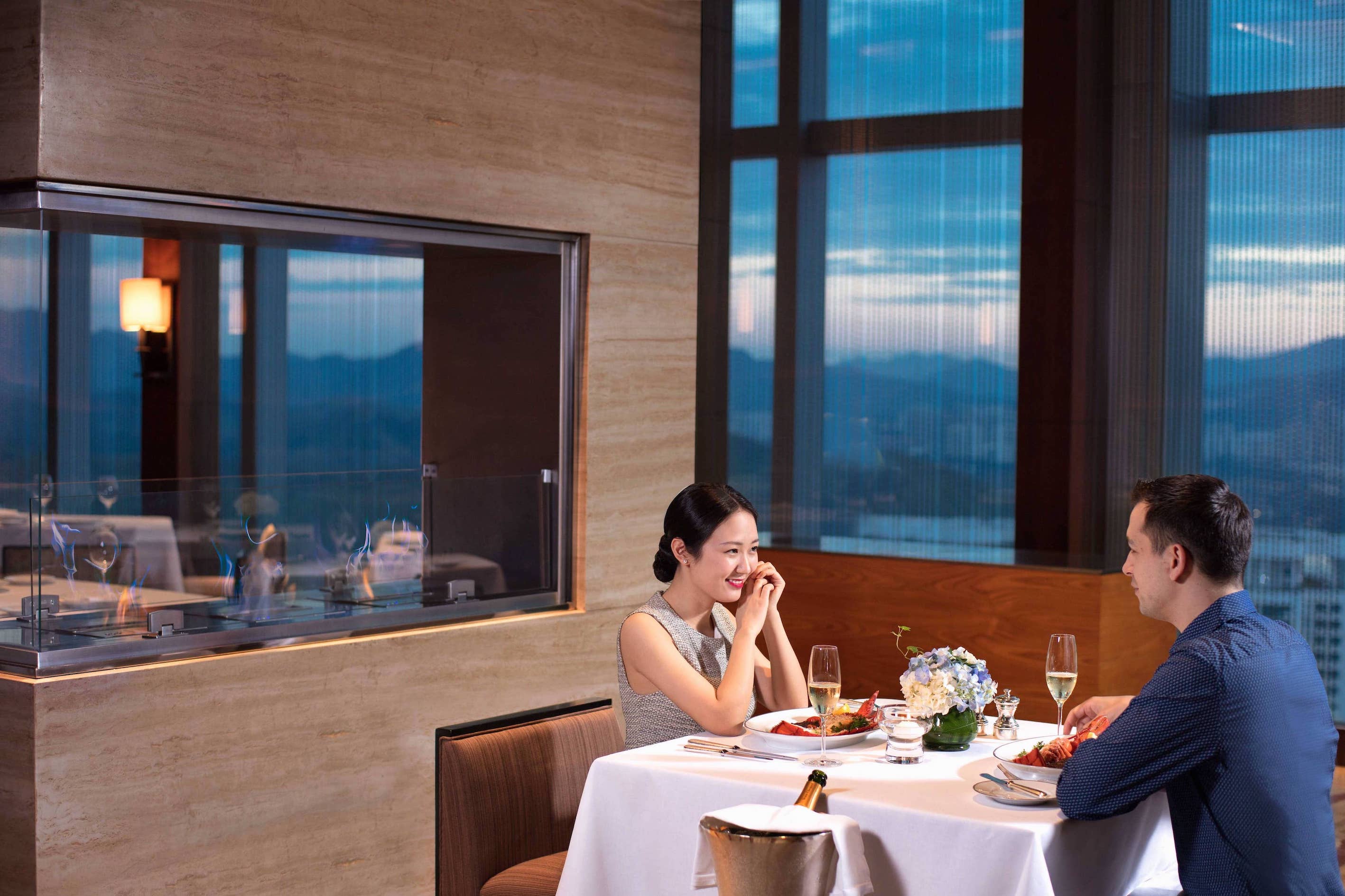