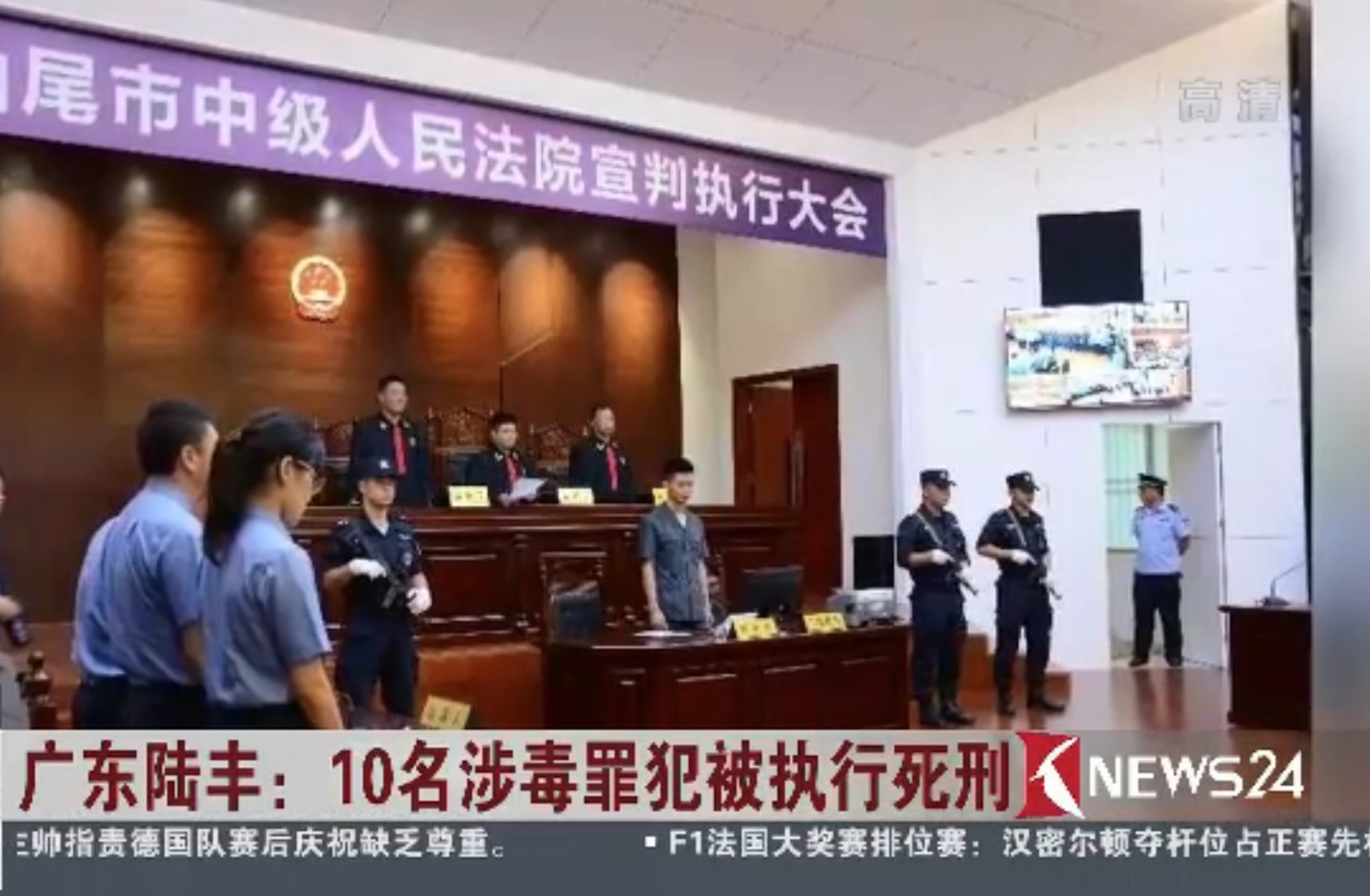 This past Saturday, the Guangdong city of Lufeng was again the site of executions for 10 people convicted of drug-related crimes, from production to trafficking to transportation.

In a public hearing, the Shanwei Intermediate People's Court upheld prior convictions against the 10 accused, who were brought to an execution ground afterwards, China Daily reported.

One of the 10 prisoners, Fan Shuixian, was also found guilty of illegal possession of weapons. When police raided his 'den' in late 2012, they discovered five guns and 126 rounds of ammunition in addition to 16.4 kilograms of meth and 33.2 more kilograms of 'semifinished' drugs.

Fan, along with the other nine, were executed by shooting after their cases concluded, according to The Paper.

Lufeng was previously notorious for being a drug capital, with CCTV reporting that it hosted one-third of China's meth production prior to 2013. China Daily went even further, stating that the Guangdong city was once responsible for over half of the country's supply of meth.

The city also previously made (erroneous) headlines last December, when multiple news outlets mistakenly reported that 10 people convicted on drug and murder charges were killed in front of an audience of thousands.

While drug-related executions appear to occur in Lufeng on a regular basis, multiple crackdowns by Guangdong police over the years have helped to clean up the city's act. The same might be said for the province as a whole, with police reporting 4,655 drug-related cases in the first five months of this year alone. Over the same period, 5.4 tons of narcotics were seized and 5,504 suspects detained, including some foreigners.