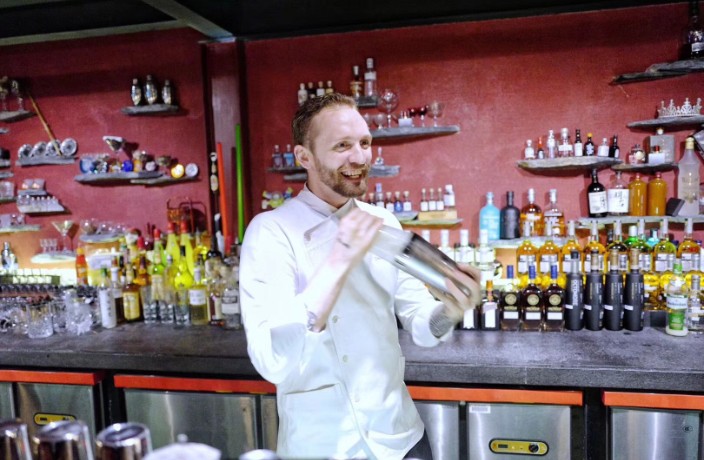 With a rash of new openings in recent months, it’s no secret that Guangzhou has taken a liking to craft cocktails. From speakeasies and whisky lounges to mixological pop-up concepts, the surge in new venues and rising talent on the fast-emerging scene is starting to draw the attention of some of the region’s biggest tastemakers.

World-renowned bartender Steve Schneider recently visited the city from his home base in Singapore for a hotly anticipated night as guest bartender at Spin, one of 2018’s trendiest additions to Guangzhou’s growing speakeasy pantheon. That’s sat down with the golden boy of the Lion City’s cocktail scene to see what he had to say. 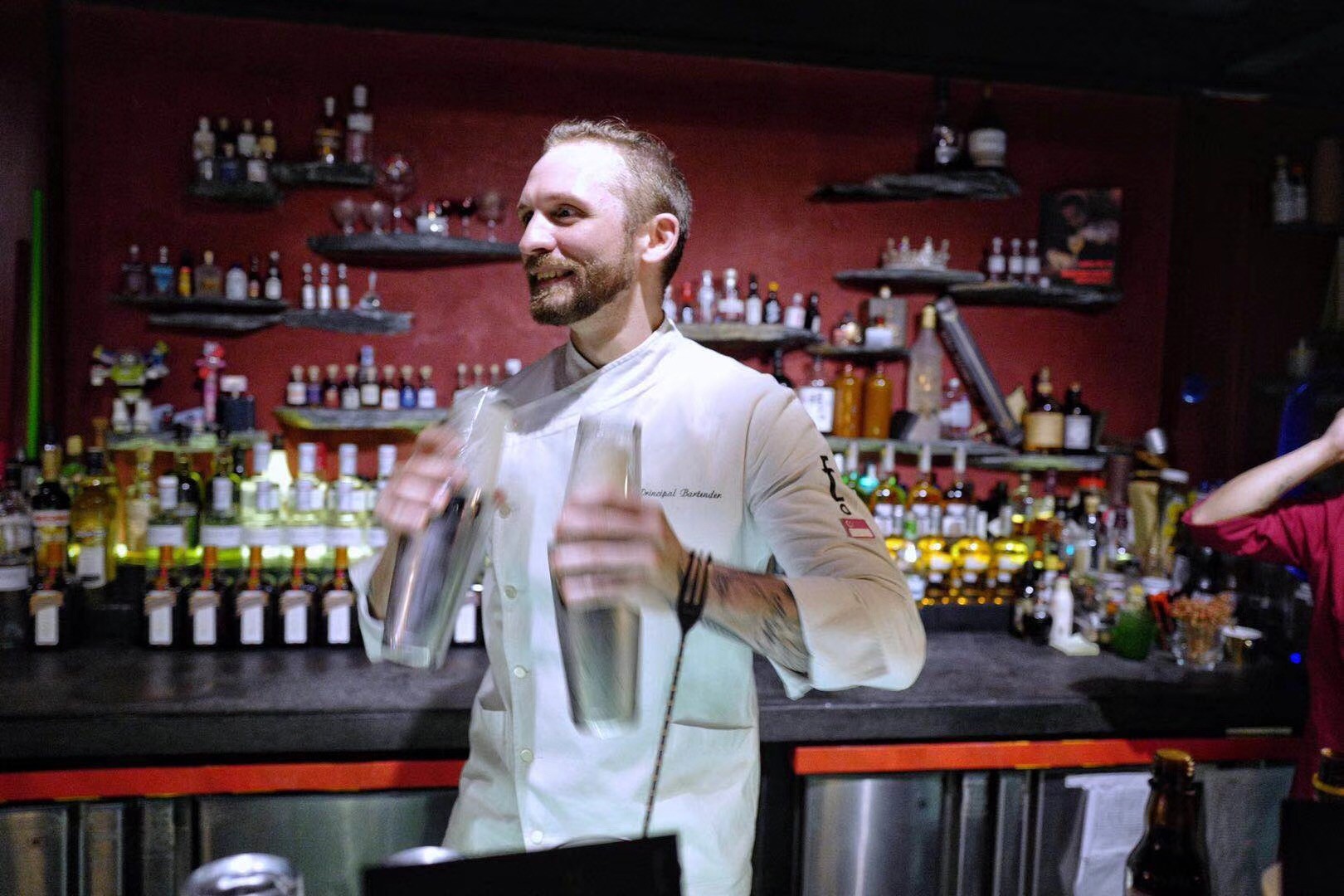 Your old bar, Employees Only in New York City, has established itself as a multiple-award-winning institution. What was the hardest part of leaving that behind to come to Singapore and start from scratch?
A lot of people from Singapore have traveled to New York; it’s a very transient city. So they expect a certain product when it comes to nightlife. And we call ourselves Employees Only, so there’s big expectations. That was the hardest thing at first: managing expectations. Then it became: “Let’s exceed expectations,” which took a lot of attention, especially when it came to training the staff.

Back home, we have bartenders who have been at Employees Only for over five years. So when a new person joins, its sink or swim, you know? But here [in Asia], it’s me training 12 people. You know how it is in New York – we’re so quick, we want everything done right now. So to try to instill that sense of urgency in our staff was sometimes very difficult.

What were some of the changes or adaptations you’ve had to make since coming to this part of the world?
I’ve bartended in over 45 countries and I’ve seen a lot of different crowds. Some things are universal, like making sure everyone has a drink, you know, looking after somebody. But as far as interacting with guests, yeah it was a little bit difficult at first. Here in Asia, people tend to go out in larger groups. In New York, you get groups of two or three, four max, but in Singapore there’s like 10 or 12 people. As a cocktail bar with multiple ingredients, we had to alter our strategy a little bit to accommodate people.

And, yeah, I’ve had to adapt slightly. Like tweaking the way I interact with people. It’s an adjustment. I had to get used to the snapping and the waving – and I’m fine with it! At first I was like, ‘Man, this guy’s gotta stop,’ but now I like it because I know who needs a drink.

It’s all about having an open mind and being honest and real with yourself. If something works, roll with it. If it aint working, switch it up. As long as the doors are open you got a chance, you know what I mean? 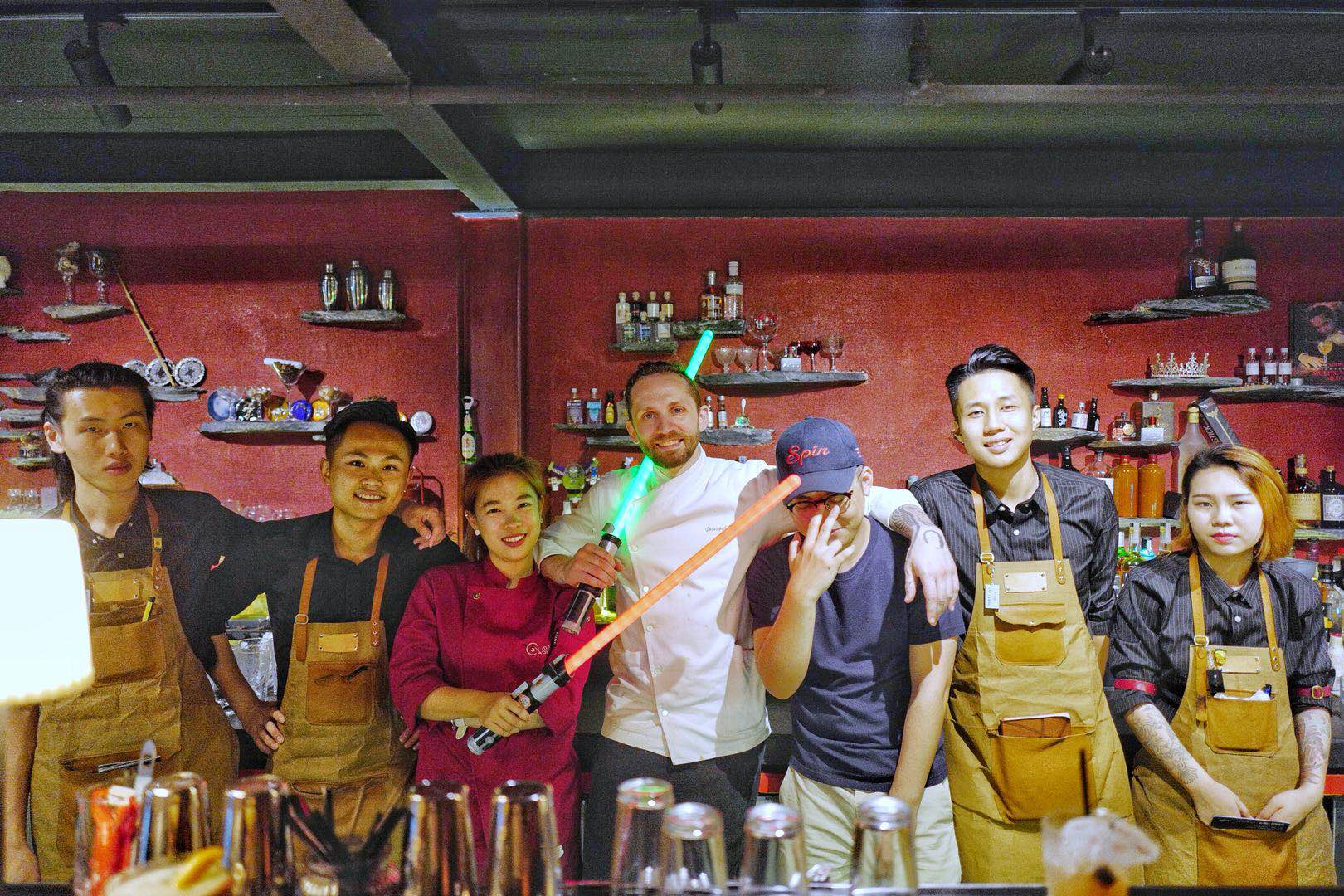 What are some of the challenges of guest-bartending in a brand new place?
Some of the most difficult things about traveling for one night only is getting used to local ingredients. All citrus is different, sugars are different, products are different everywhere you go. The citrus is much more tart over here. So, finally after about 20 minutes of experimenting, I got my recipe right. It comes down to trial and error and it takes awhile.

There are rumors of your brand making a possible entry into Chinese mainland Can you shed any light on this possibility?
Never say never. I’m looking around. I don’t want to confirm or say yes or no when it comes to Employees Only but me, personally as Steve Schneider, I’m entertaining the thought. 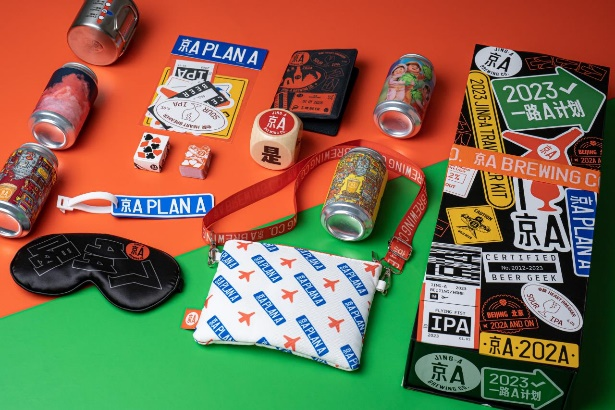