Before Shenzhen Homebrewers started in 2015, veteran brewer Hoss explains, “[it was just] my buddy and me, buying 50 kilo bags of grain because that’s the smallest we could get.” He’d been brewing since 1986 and brought those skills to China in 2002, quitting his factory job to start Peko Brewing Company in 2012.

“In life you have to follow your passion, right?” muses Billy Rech, one of the club’s founding members. “I’m reading Sacred and Herbal Healing Beers – that, to me, is what homebrewing is. It can be like Pinterest – ‘nailed it!’ – and nothing like what you intended. But it’s the process.” 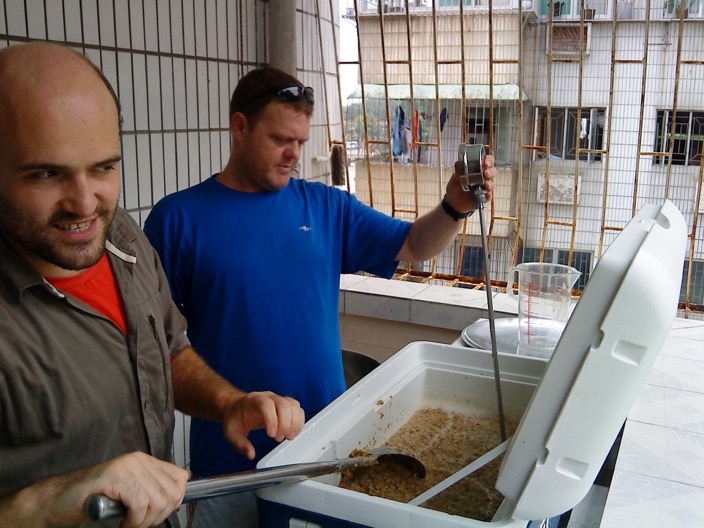 “You’re only brewing 20 liters at a time, so you’re brewing for yourself,” notes Alan, who recently joined the group. But the monthly meetings bring together those bottles of cloudy, golden brew to share among the 10-20 members who attend. “It’s a very friendly and helpful group in general,” says Alan. “If there’s a new guy, everyone knows and can try his beer and help.” 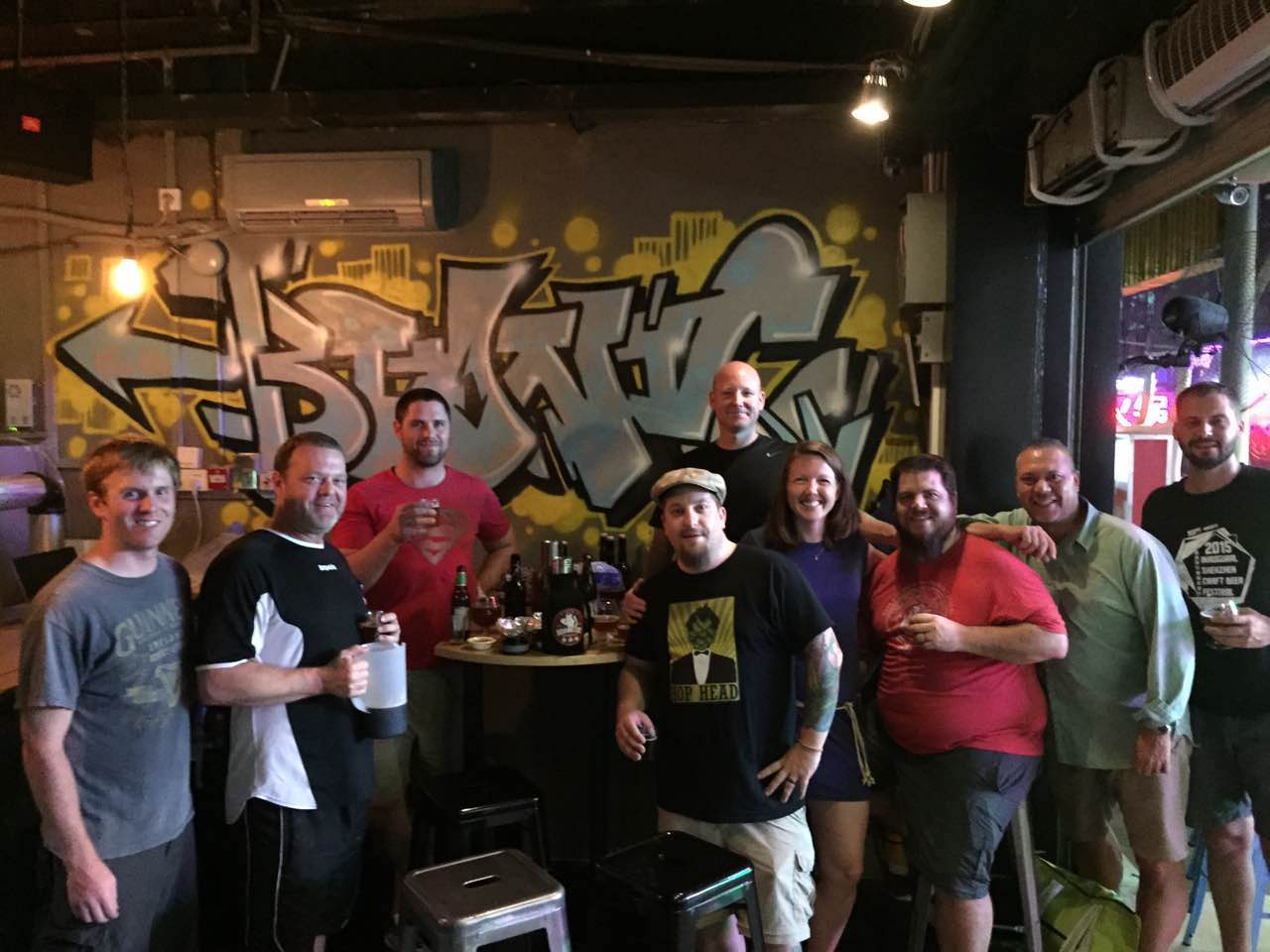 “We love sharing our beers with anyone who’s willing to drink them,” TJ tells us. “We encourage everyone to come, even if they’re not big beer drinkers.” There’s currently more expats than locals among the homebrewers – language barriers persist – but they’re always welcoming and recruiting into a small, passionate community.

“The pro brewers in Shenzhen are always willing to help us,” explains Billy. “Nick at Crafthead says ‘I have hops,’ Joe at Bionic and Hoss at Peko are always like ‘What do you need?’. Always trying to make us part of their community as well. At a personal level, they’re good to us.” 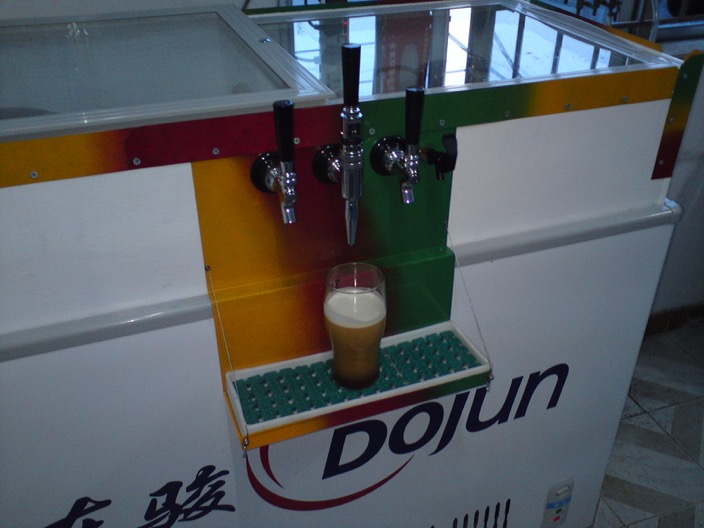 Shenzhen Homebrewers meets at 7pm on the last Tuesday of the month at Bionic Brew. To learn more about the group, add them on WeChat at ID 'szhomebrewers.' 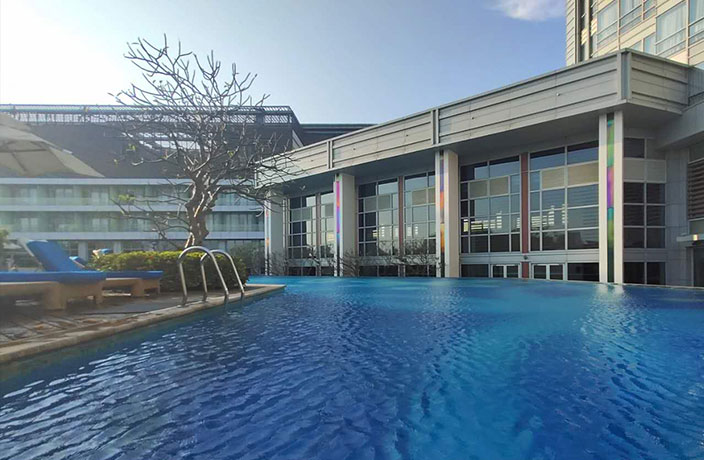 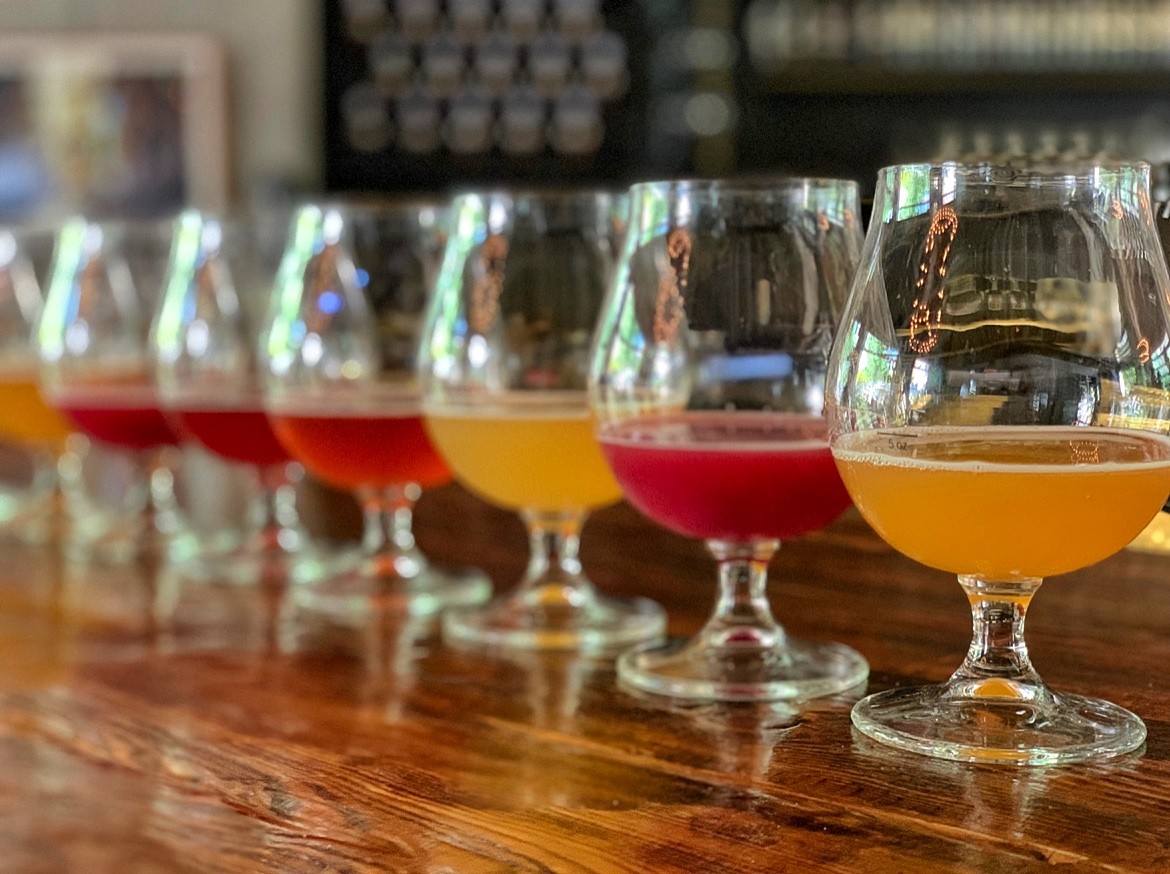 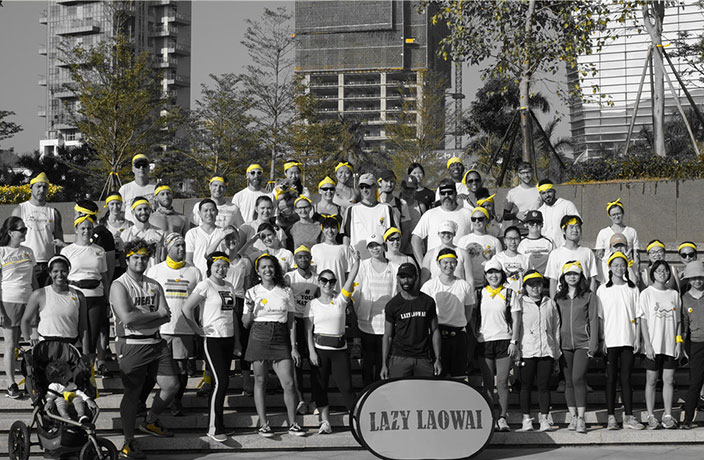 Shenzhen’s baseball scene may be small, but Bluesox is determined to change that.

It's a bird! It's a plane! No, it's a disc flying straight at your head! Welcome to the world of Ultimate Frisbee.

Winners of the South China Tournament two out of the four times it has been held, the club's history dates all the way back to 1997.