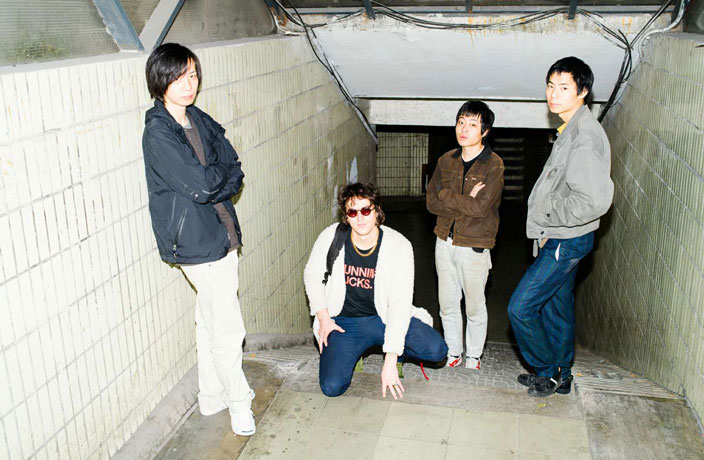 One of 2017’s hottest China-based bands, Dirty Fingers, have quite the backstory. Having transformed themselves from a crazy, alcohol-fueled party band to a group of professional and committed musicians, the foursome have had a spectacular journey during their two-year tenure.

Their second album, How’d I Turn So Bad, has been described as raucous, messy and intoxicating, while the band’s absorbing stage charisma continues to draw fans a-plenty.

Dirty Fingers' eclectic sound is unique within the Shanghai independent scene. Made up of three Middle Kingdom natives and a Brazilian expat, Dirty Fingers don't seem to adhere to any of the traditional notions of what an indie band in China should be.

Ahead of the group’s upcoming performances in Guangzhou and Shenzhen, we spoke to Brazilian drummer Ale ‘Alex’ Amazonia about the band's strange journey to success.

Your album, How'd I Get So Bad, is really unique, what sort of sound were you guys going for with the songs on the album?
Most of the bands that shaped the sound of the band [Dirty Fingers] are from 70’s: The Damned, Television, Talking Heads, Black Lips are all names that were hanging around in our heads at the time we recorded. 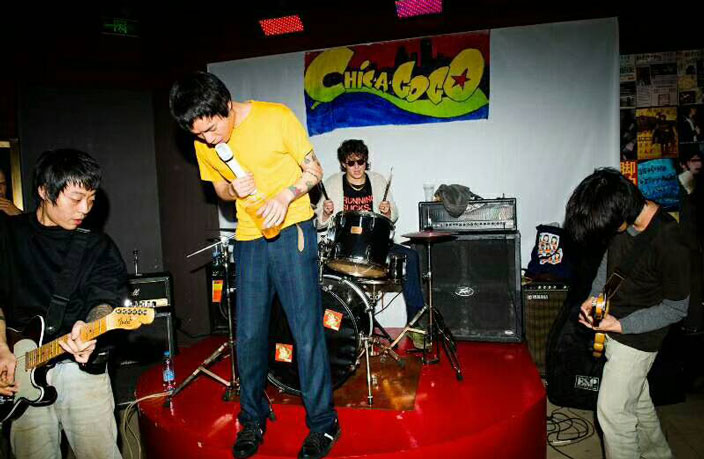 How do you reconcile the DIY punk spirit of your band while working with a very well-known label like Maybe Mars?
Well, we have the record deal and they don't interfere in our music or management. They basically work like a bank, they advance the money and we pay it back. That was the deal.

Do they help out with finding studio space or additional producers and sound engineers?
They gave us the money and it’s up to us to decide and arrange everything: studio, sound engineer, producer and tour. But now we have a recording studio for ourselves in Shanghai. We can record and produce stuff for free.

Do you have a lot of listeners outside of China through your Bandcamp?
We have no listeners outside China, but we strongly believe that it’s more important to play live for our local audiences. This is way more interesting for us – to meet people and to have a good time with them. The numbers will come naturally. We don't think too much about it.

Which Chinese bands do you feel have made an impact in the international scene?
Carsick Cars made a good impact and some of the bands from the D22 era. Also Nova Heart, mostly because of Helen Feng’s personal power. But we like adventure, playing in the Middle East, Africa… shit, so many places. All of this sounds very risky for labels; I don't think there is any label in China that will back us up on it to be very honest. 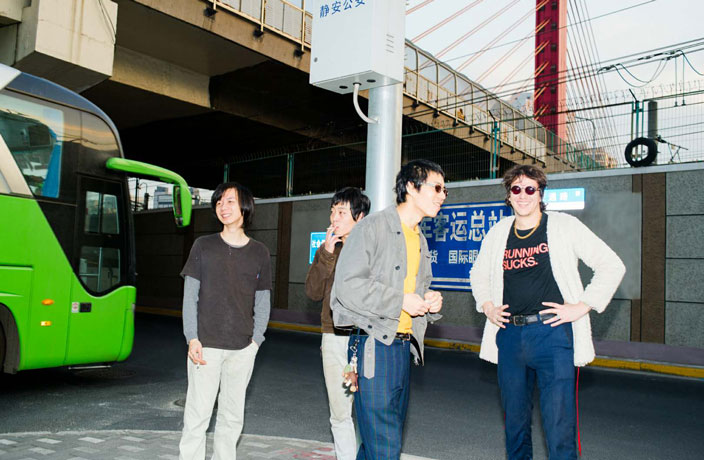 What are your long-term ambitions for Dirty Fingers?
We want to establish ourselves in the international market, be a Chinese band that people will listen to without understanding. It’s a five-year plan. We need to expand to other places to keep it growing but I believe that by the time we tour all the places we wanna go, the band will be finished.

What gives you that feeling? Is it some kind of homesickness that makes you think the band might be finished after five years?
No, I’m putting a pin on it just based on the simple fact that I see my time here as having a deadline that is not in my hands. What I can tell you is that, me, I’m in it for music, movie and art as a profession. We will all die eventually, let's make the most of it! I’m already lucky to still be here…

Why are you lucky to still be here?
I went to jail in January of this year because of drugs. They released me after one week, without canceling my visa or making any changes in my life here. They just said: enjoy your life here and don't do this again Zi Long (my Chinese name). After that, I realized it was time to get shit straight. All these plans and visions came from my time in jail.

It’s amazing that you weren’t deported. What drugs were you caught with?
A psycho fan made an anonymous, fake report saying that we were cooking crystal meth and having junkie parties in our apartment. The cops raided our house. They got there and found the end of a weed cigar. We got arrested because of that.

A psycho fan?
Yeah, she was obsessed with the guitar player. He never gave her the attention that she wanted. So she said she was going to kill him next time we played. We knew that she was totally capable of that. So we reported her to the cops. As retaliation she made this false report. Fucked up.

Certainly fucked up, what happened to her after all this went down?
The day we left jail she sent us an SMS saying: 'It is just the beginning. Next time your drummer will go back to Brazil!' For three months after jail every time we played, anywhere in China, she’d call the venue to say if they let us play, she would report the venue to cops because of drugs.

Is she out of the picture now?
She is off of our radar. We don't know where she is.

Did the experience bring you guys closer together as a group?
For sure, she turned us from being a fun band into professionals who are devoted to it.

What’s the transition from ‘fun’ to ‘pro’ like? Do you look back with any regrets, or is it now all about forward motion?
We were just playing and getting smashed on drugs and cheap, stupid sex. No regrets. Those days were fun for a while, but now the attitude is more focused and ambitious. We can do it!