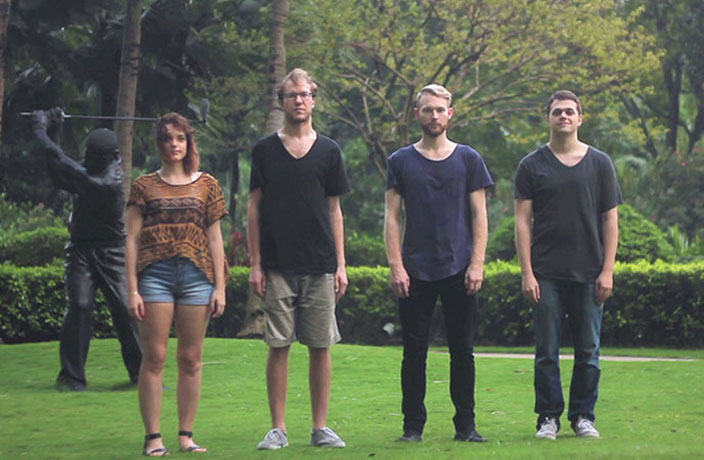 If Colin Phils have been a mainstay of Shenzhen, and their South Korean origin point before that, the band now finds a home in Richmond, Virginia. But the pull of the PRD proved too strong and the rockers are returning to show their South China fans some love.

Boasting complex guitar loops, synth lines and intricate drumming, Colin Phils quickly earned a reputation among local fans of math rock and indie rock. Last year's tour in support of e,r,som,sa.. brought the band to some of the hottest haunts in Shenzhen and blasted past expectations with their first label-produced album.

Now they're back, throwing their weight behind the 2017/18 Shenzhen New Year’s Midi Festival, held in beautiful Shenzhen Universiade Sports Center on December 30 and 31. That show serves as the kickoff to a month-long 2018 China Tour for Star Charts, with Shenzhen's own Jon Howland rejoining the band to add his bass tones to the complicated melodies. 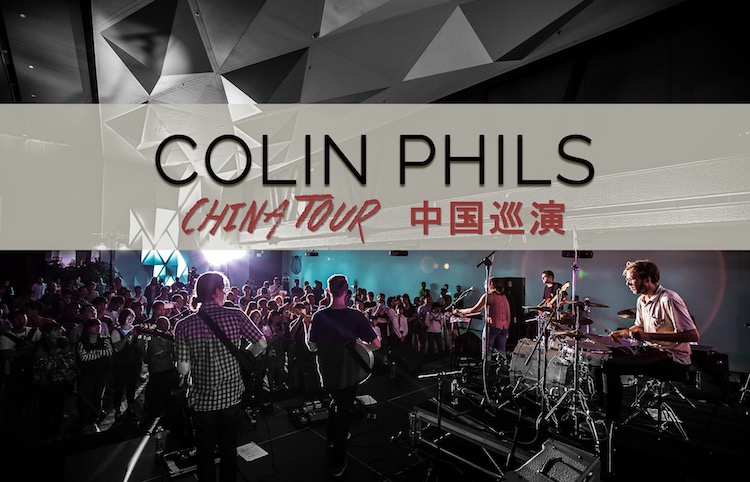 We checked in with Ben Tiner (guitar/vocals), Ben Mauch (drums/analog synth) and Karyn Mauch (vocals/synth) about their favorite Shenzhen memories and what to expect this time around.

How did you come together to form the band?
Ben T: It all started in Korea actually. The three of us all taught English within the same program.

Ben M: We started playing some songs and writing original music, and played a lot of shows throughout Korea in the time we were there.

Karyn: I joined because the drummer (Ben M) thought I was cute.

What’s the story behind the name?
Ben T: I wanted a name that sounded like an old man you might know.

Karyn: I had nothing to do with this.

People love you in Shenzhen. What’s your favorite memory from the city?
Karyn: The indie music scene in the city is the most supportive group of friends that we have been lucky enough to be a part of. There was so much encouragement to be creative.

Ben M: Favorite memories that come to mind: crowd surfing during the Space Folk show at Whatever Cafe, going out to the beach for Secret Spot shows and Frankie’s burgers on a Monday.

Ben T: Yes, those burgers were good. Also playing at places like Magma, Whatever Cafe, and Brown Sugar Jar with all our friends was always a good time.  We made a lot of good, life-long friends and we are excited to reconnect. In fact, Jon Howland, who currently lives in Shenzhen will be rejoining us on bass for this tour!

Your songs use some intense harmonies for a math-rock style vibe. How do you develop your sound?
Karyn & Ben T: We want to make technical music approachable through our harmonies and voices, bridging the gap between progressive instrumental music and vocal based indie rock.

Ben T: Lyrics and voices are something that humanize our music and tell a story that hopefully anyone can relate to. 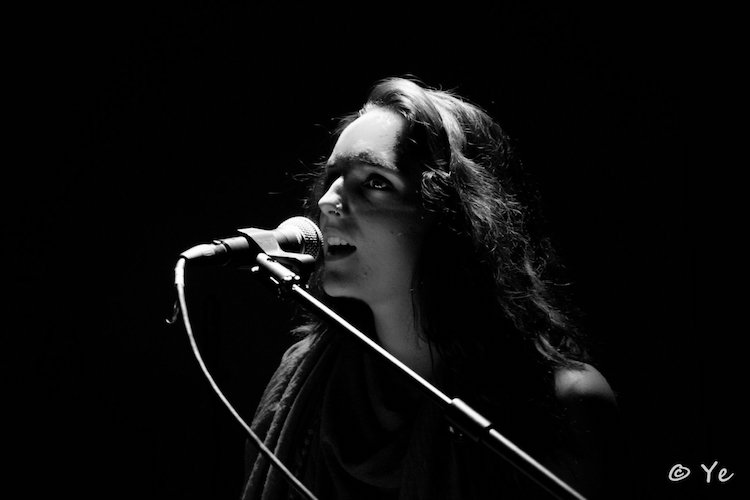 Karyn’s voice drips lusciously across the songs. What’s the process behind the lyrics?
Ben M: Well, most of the lyrics are based on personal experiences, as far as I understand.

Ben T: Normally the instrumental aspects are finished first and then lyrics get added in as the song develops.

Ben M: The lyrics get glued in. We are instrumental focused as the forefront. Mostly rhythmic oriented, especially on this new album, Star Charts.

Karyn: Hmmm ... I thought we were vocal based.

Ben T: We will always keep Asia in our sights for future endeavors. 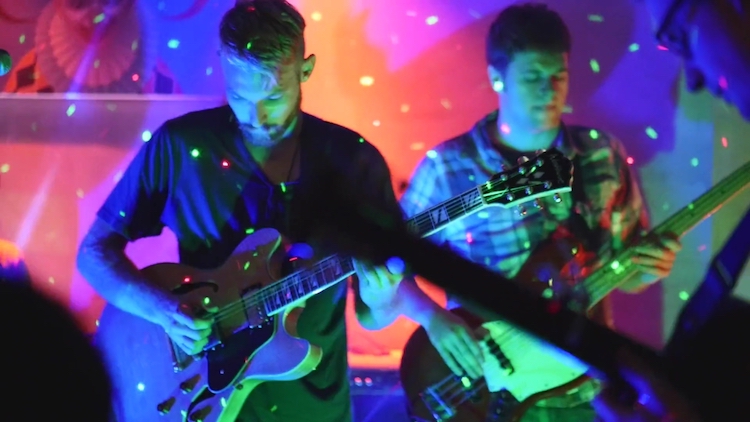 Check out Colin Phils on day two of Shenzhen New Year's Midi Festival. Tickets for the event are on sale here and cost RMB200-240 for a single day pass and RMB360-440 for a two-day ticket.

Or catch them at the end of the month when they play OCT-Loft. Tickets are on sale here and cost RMB80. Either way, don't miss the richly rocking rhythms Colin Phils are bringing back to Shenzhen. 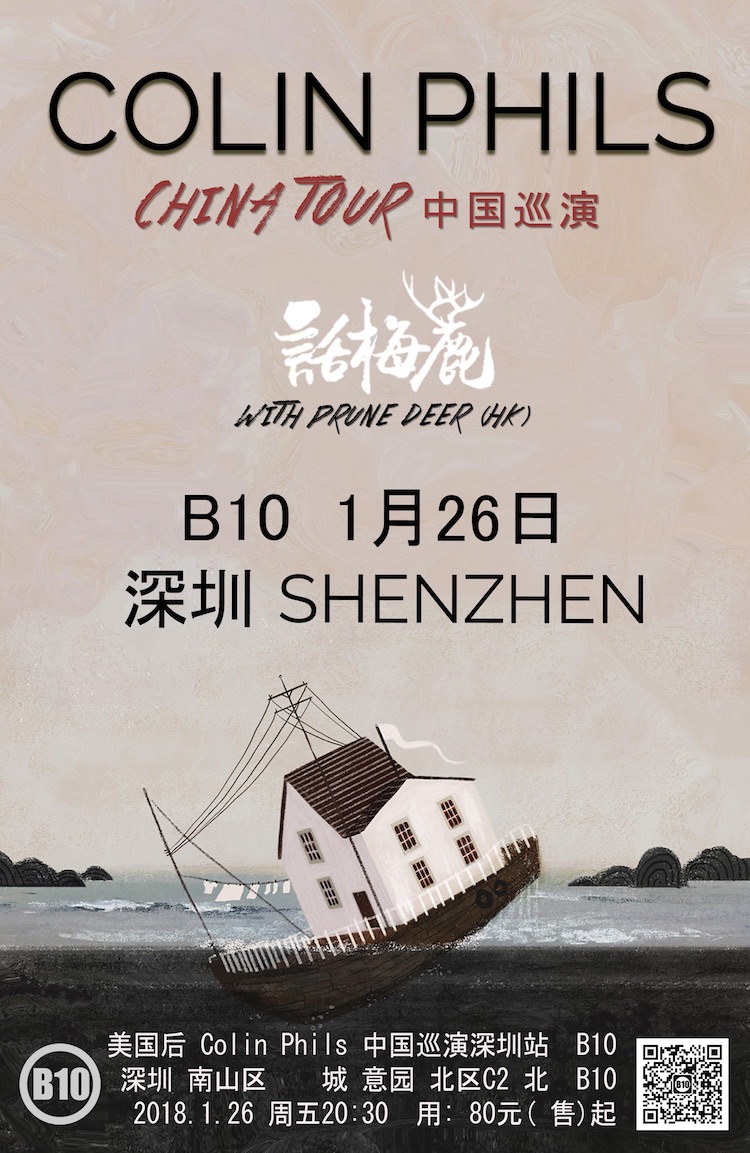