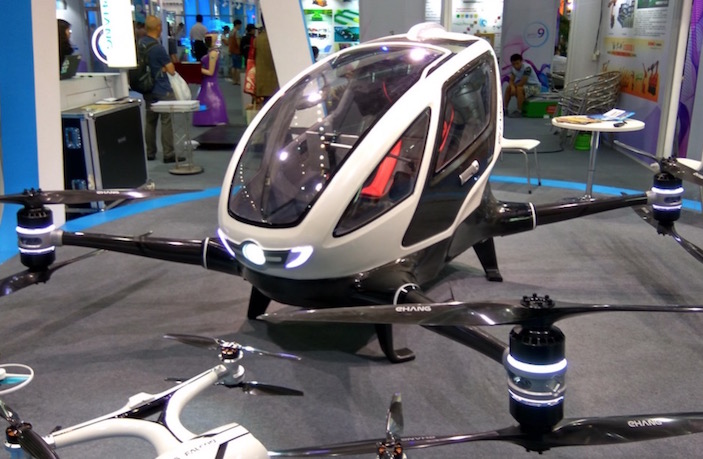 On the morning of July 14, the ninth APEC Small & Medium Enterprises Technology Conference and Fair kicked off in Shenzhen’s Convention and Exhibition Center. Mainly organized by national and local government bodies, its primary aim is to create a platform for technology companies both large and small to connect with each other, thus furthering the goals of APEC. The conference/fair is ongoing, lasting until the 16th.

The three-day extravaganza encompasses not only talks by officials and big names in Chinese tech, but also an “Innovation Achievements Exhibition” for companies to show off their stuff, plus a “Negotiation and Match-making Area” for enterprises to mix and mingle. With 1700 exhibitors in attendance, 400 of them foreign, there’s a lot to see.

To attend either the Innovation Exhibition or the Match-Making Area, general visitors can either book tickets online or get them on-site. Preregistration is required for the other summits, forums, and talks going on during the conference.

Below, some highlights from the APEC Innovation Conference on the 14th as well as some tantalizing sneak peeks of the Innovation Achievements Exhibition: 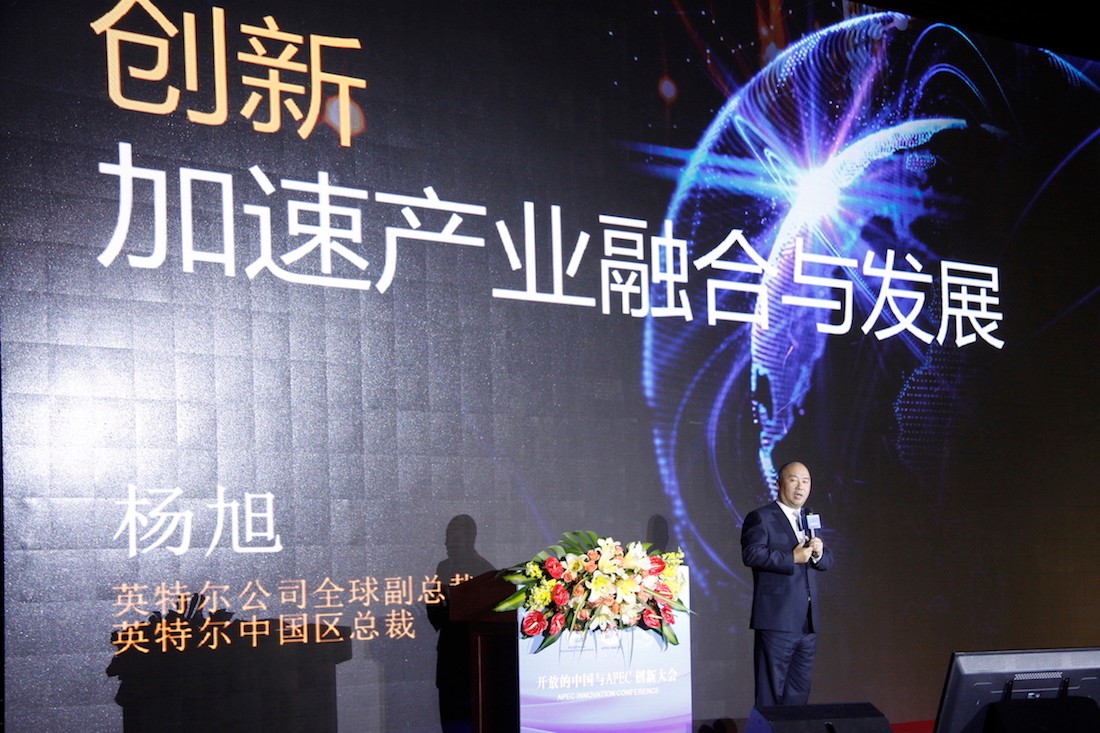 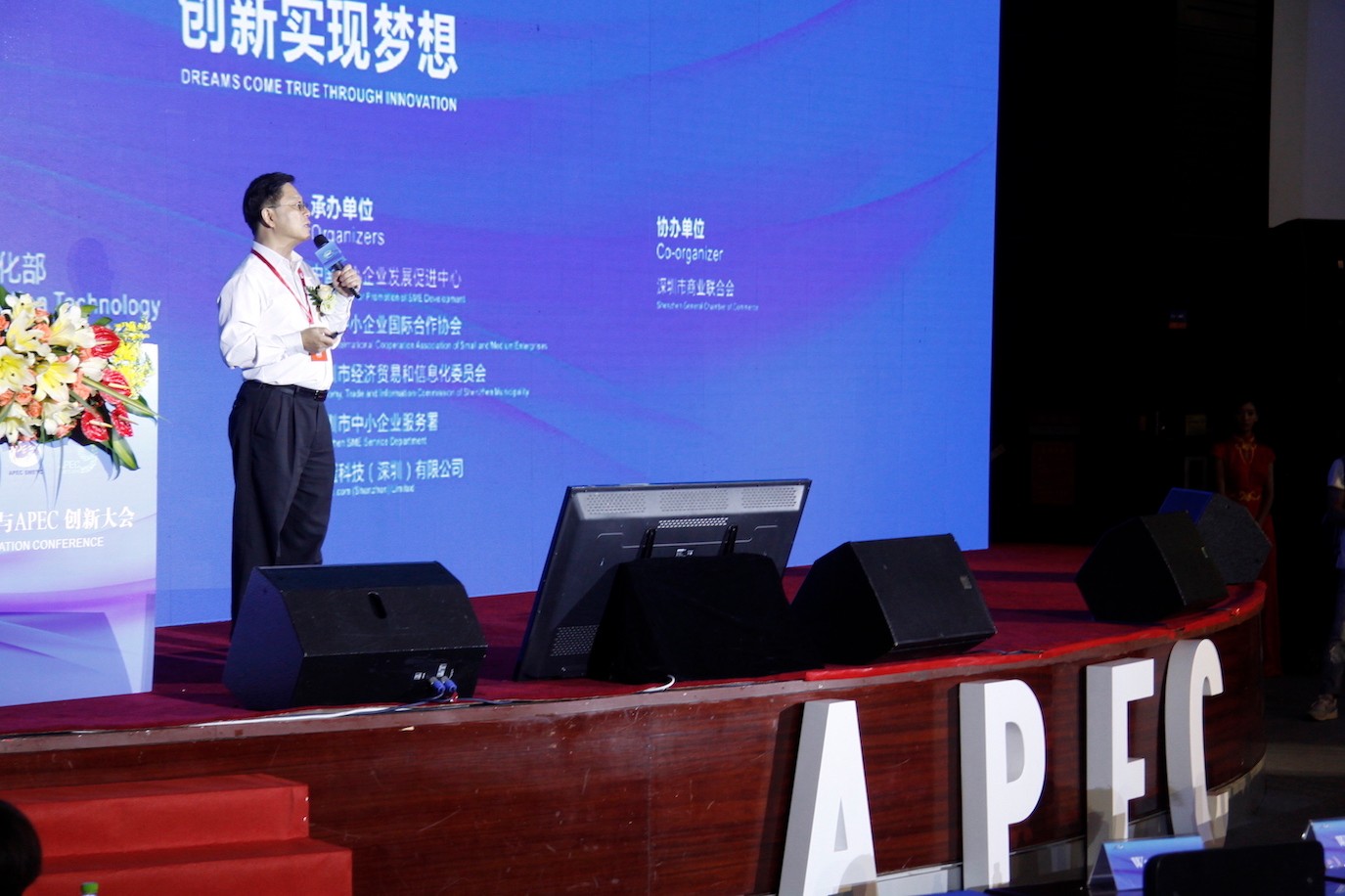 Wang pulled out some fascinating examples for the crowd: for instance, in some cases Baidu voice recognition has surpassed human ability and that its artificial voices are getting more and more lifelike. He also brought up Baidu's interest in producing intelligent, or self-driving cars. Or as he called them, "computers on four wheels."

He hit on a theme emphasized by most of the speakers during the conference: Asia, and in particular China, has positioned itself as a major world player in technology. 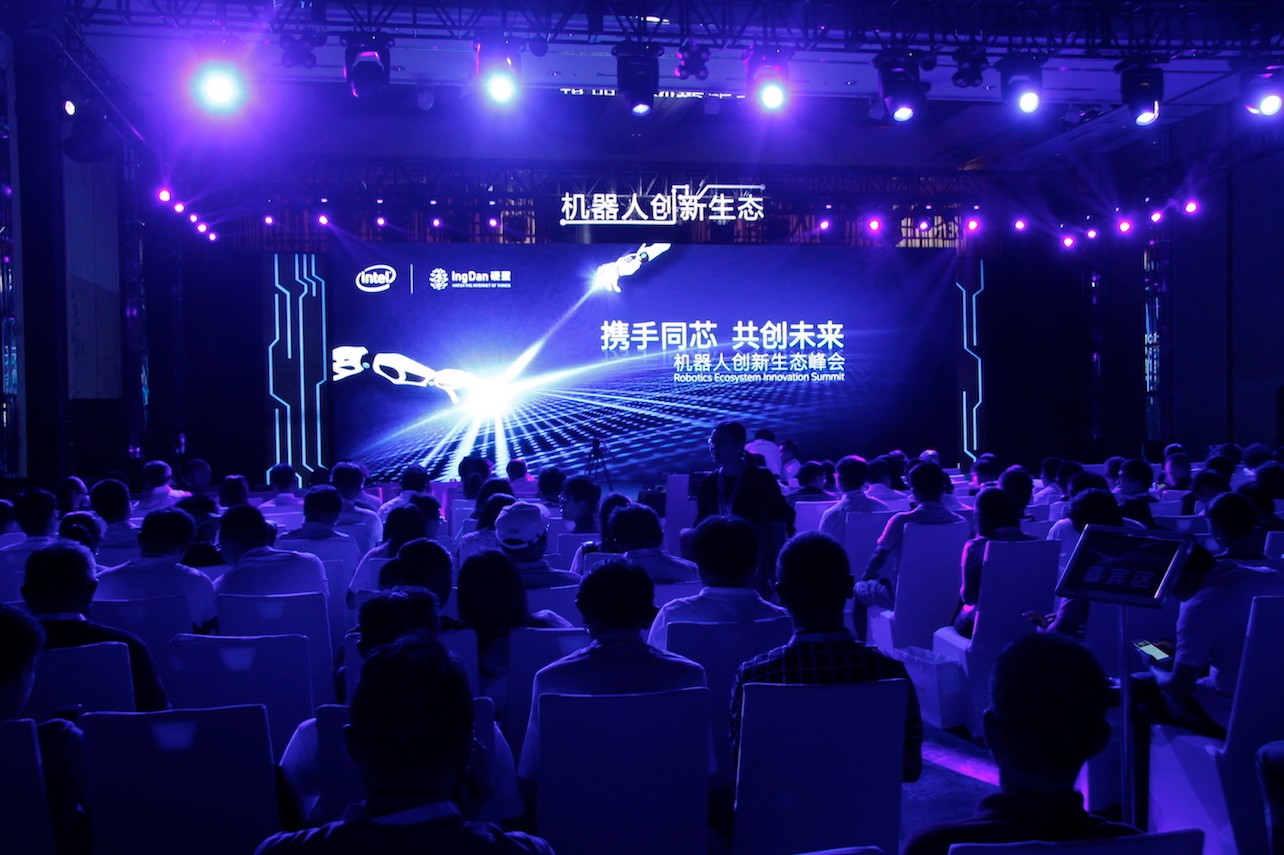 Further driving the point home, Intel and Ingdan, a product development company with a focus on IoT (the Internet of Things), co-hosted a Robotics Innovation Summit as part of the conference.

Meanwhile, in the Innovation Exhibition Area, visitors enjoyed a more hands-on experience walking around and checking out companies' demo products. 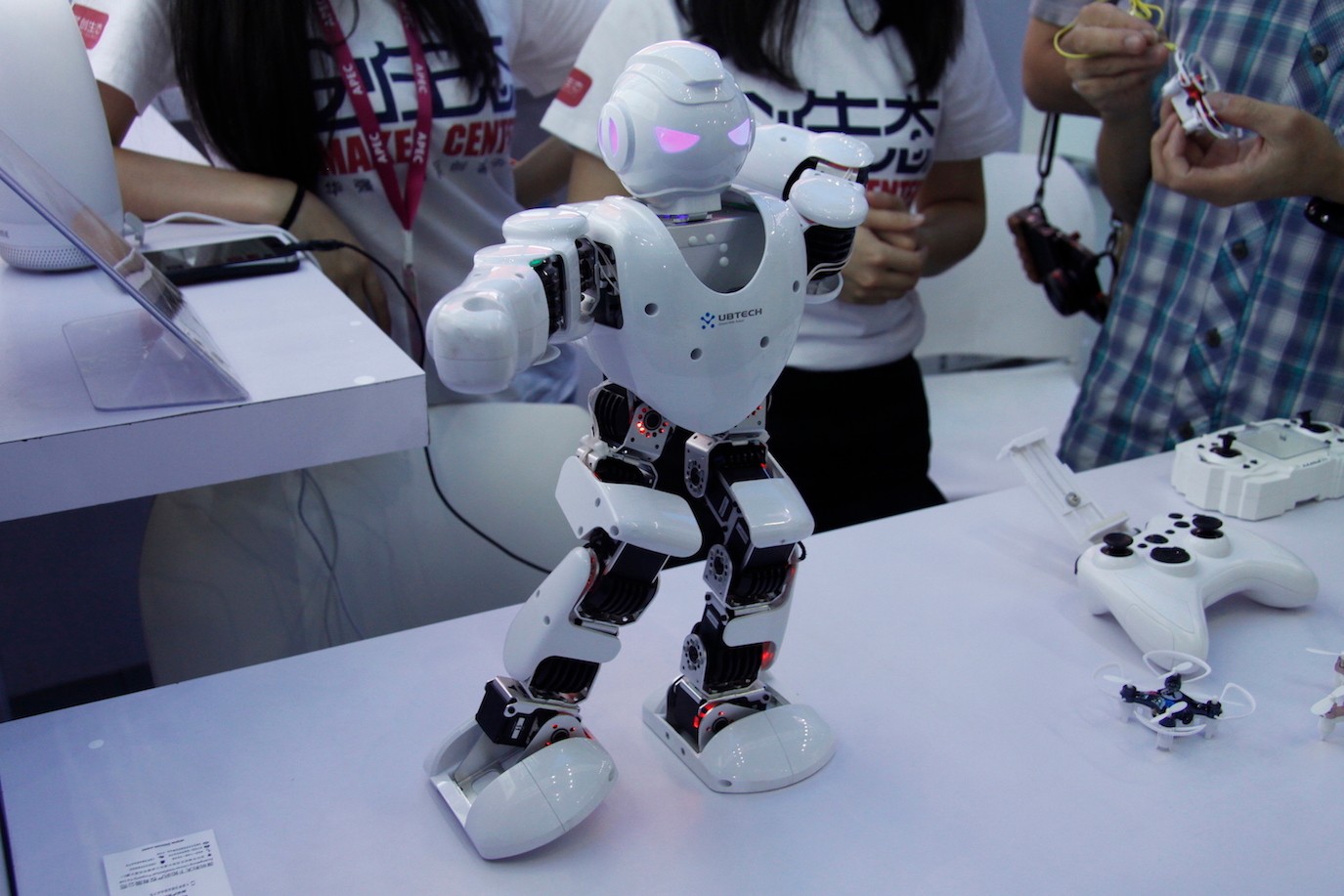 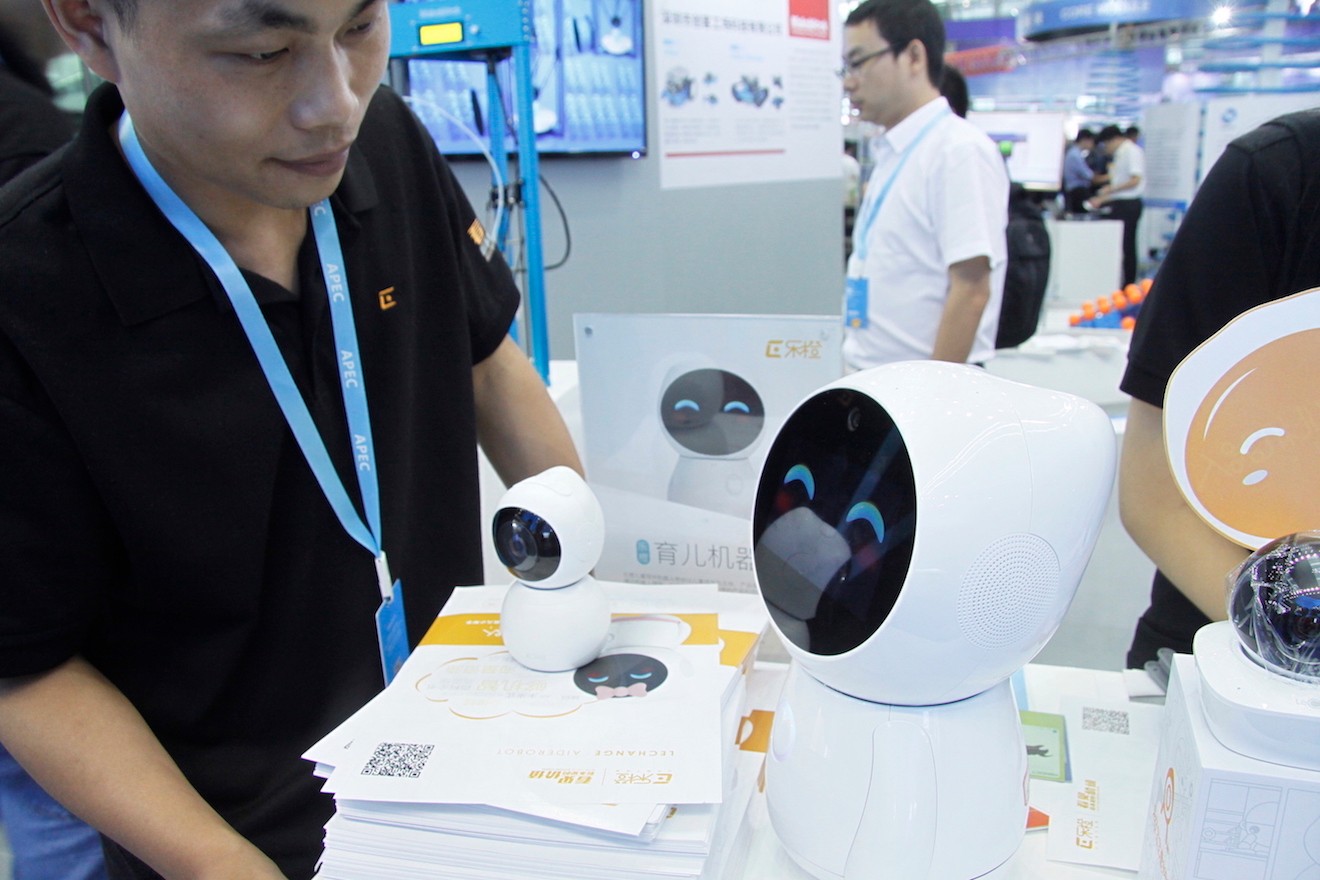 This educational robot turns at the sound of your voice and responds to verbal commands. 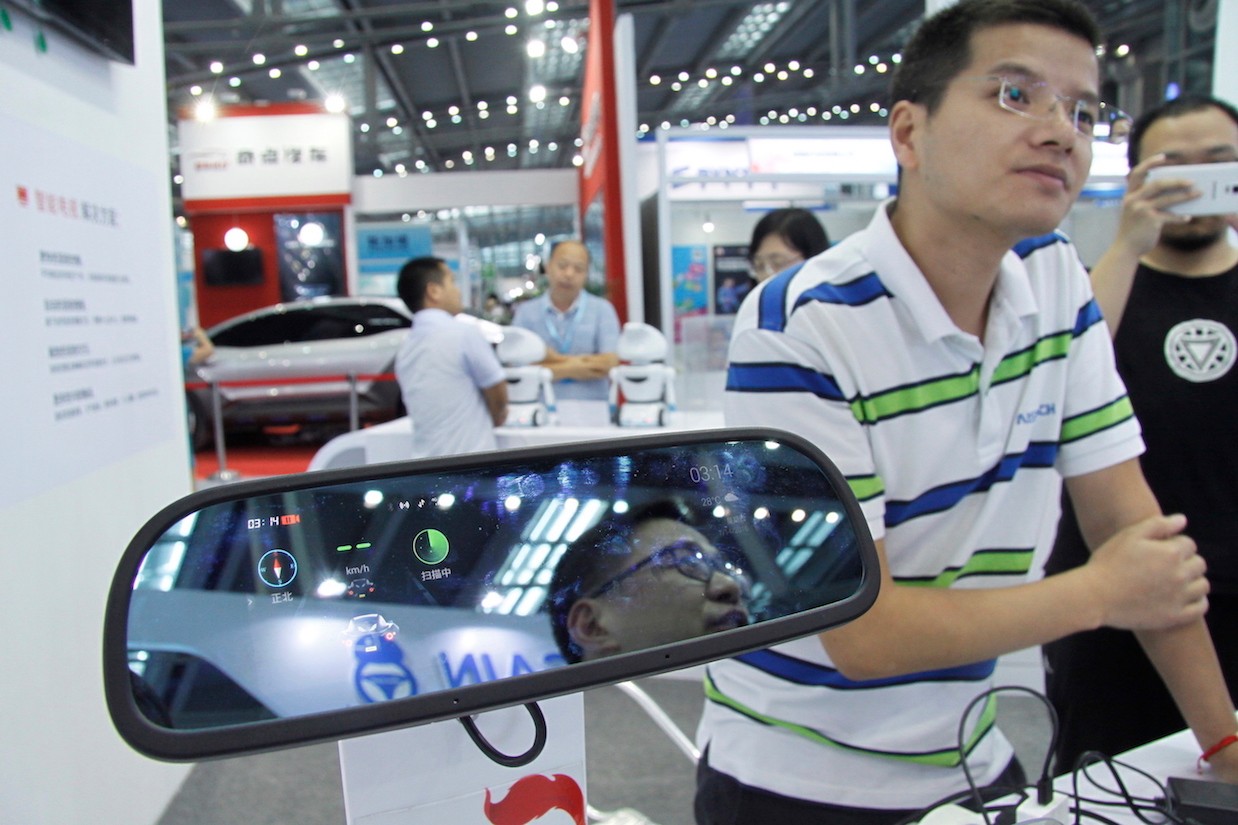 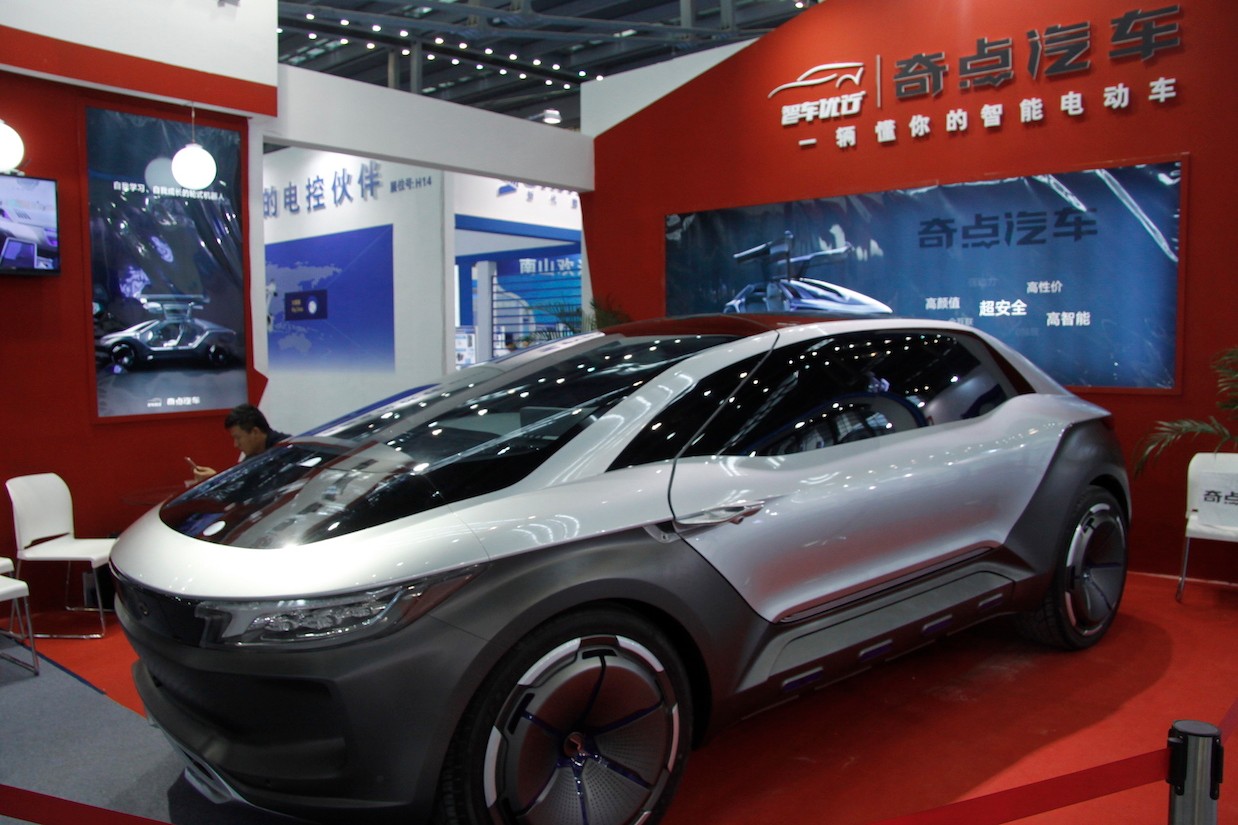 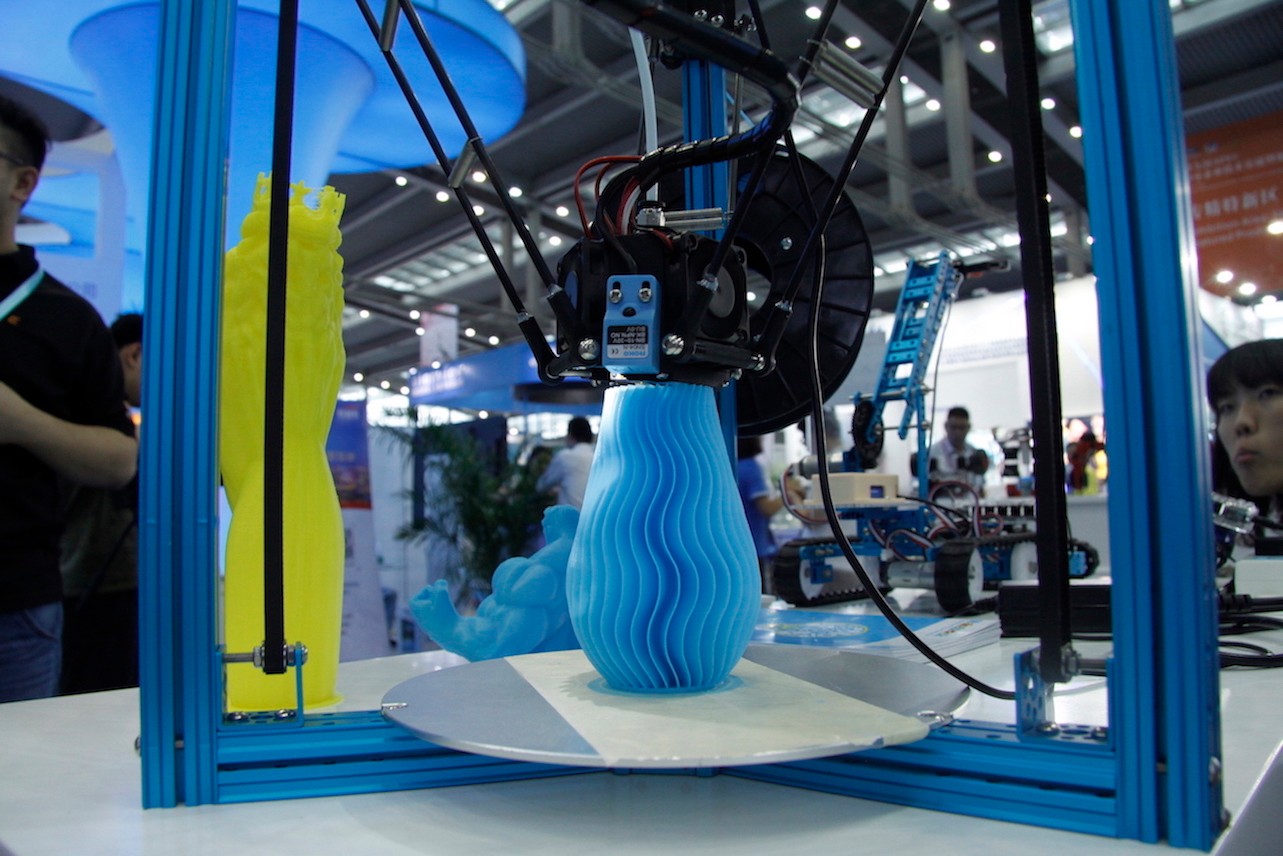 A 3D printer at work. Many expo products were marketed towards factories. 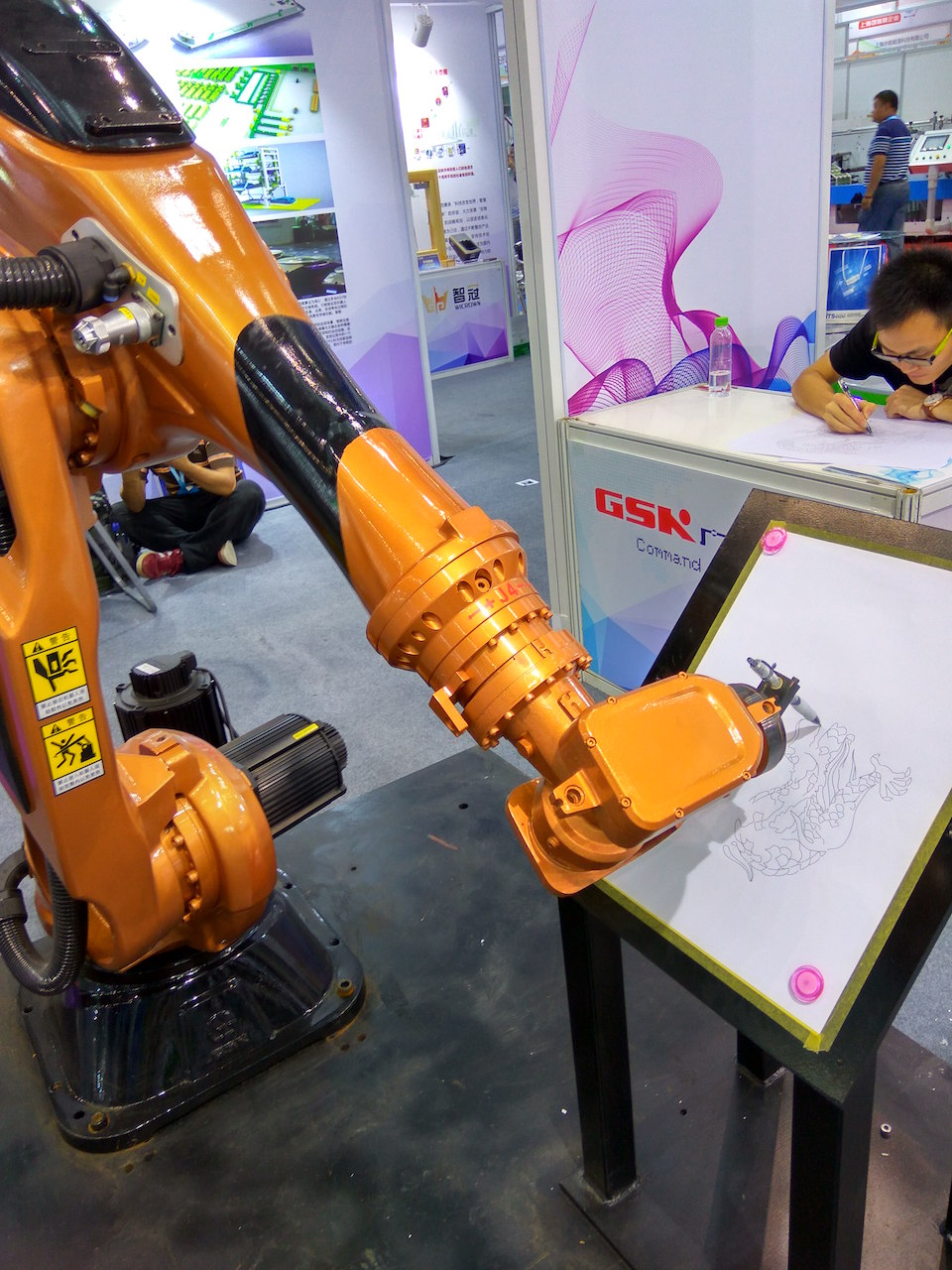 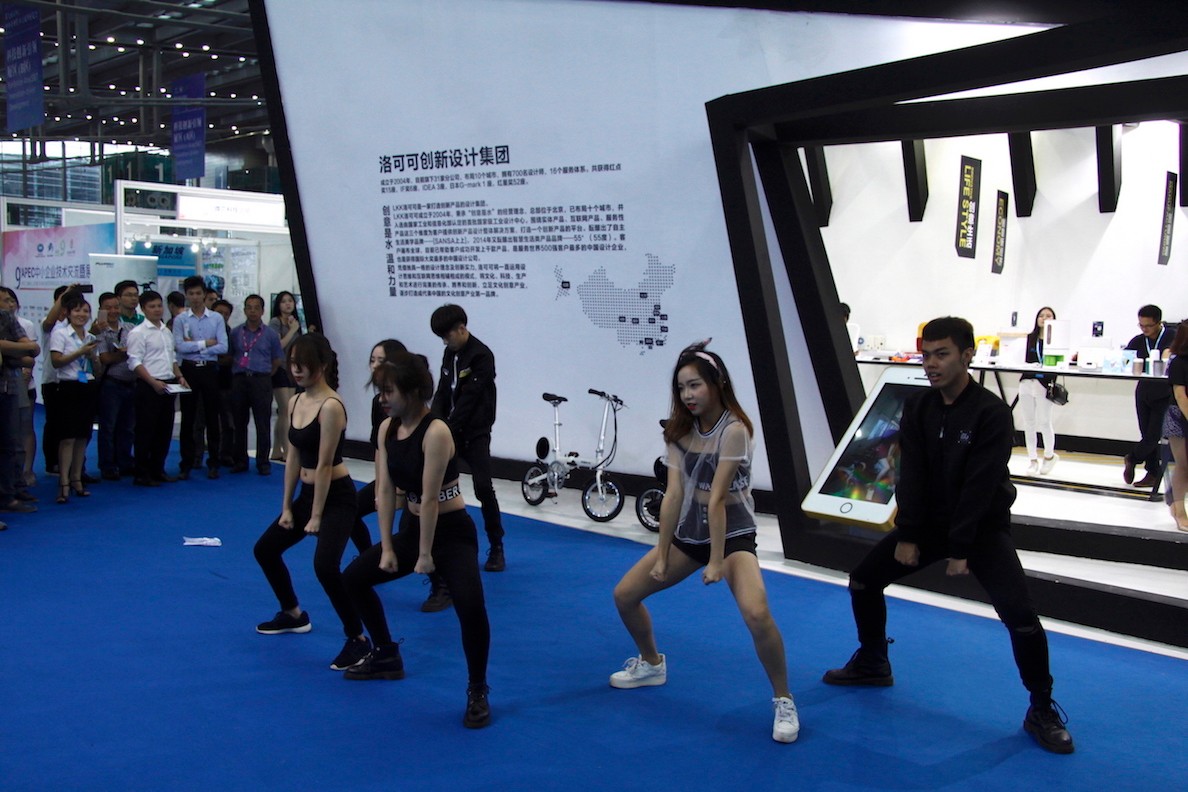 A design company used unconventional methods to draw a crowd. 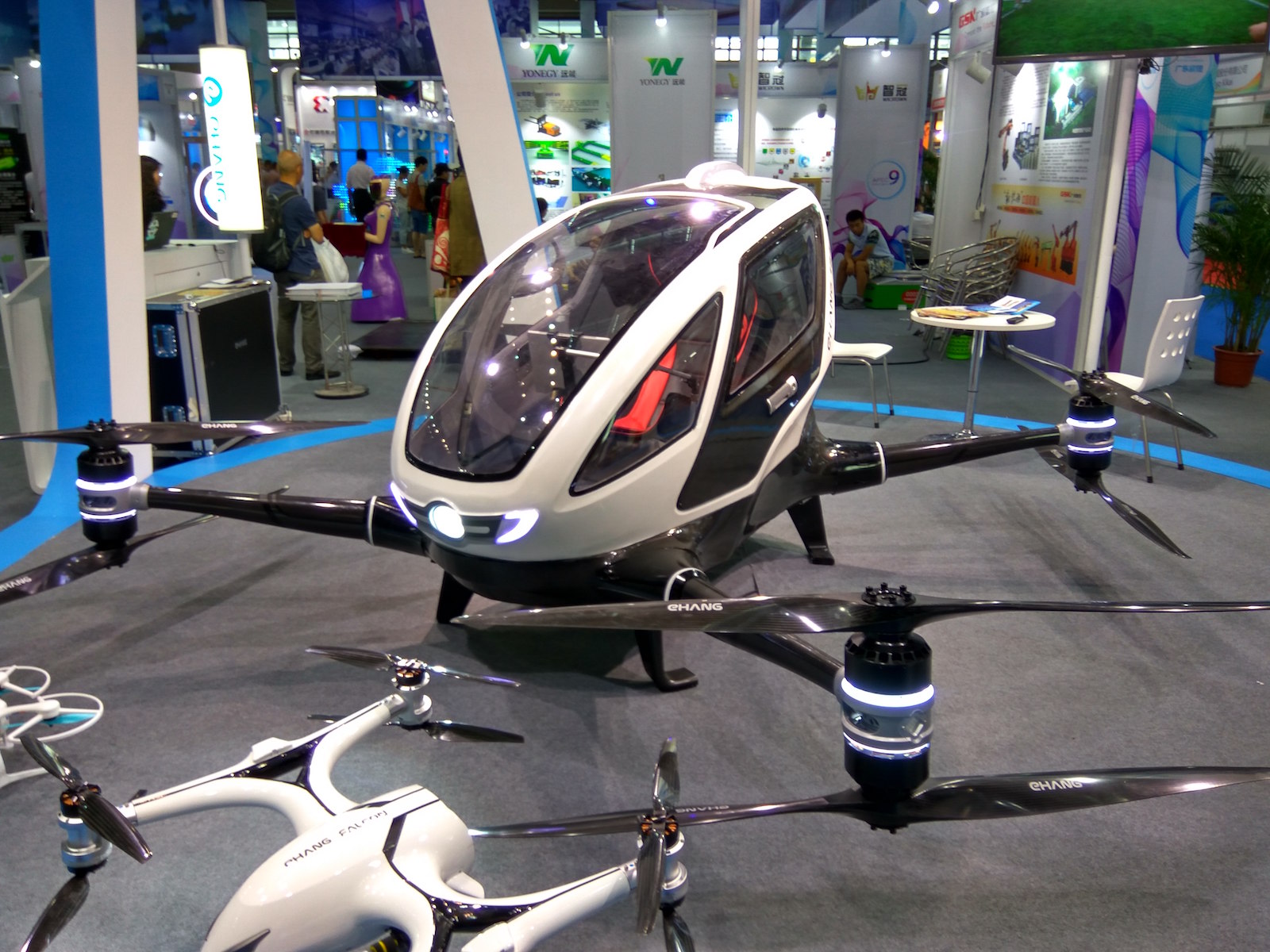 The next best thing to a hovercar, this badass one-seater drone attracted many admiring onlookers. 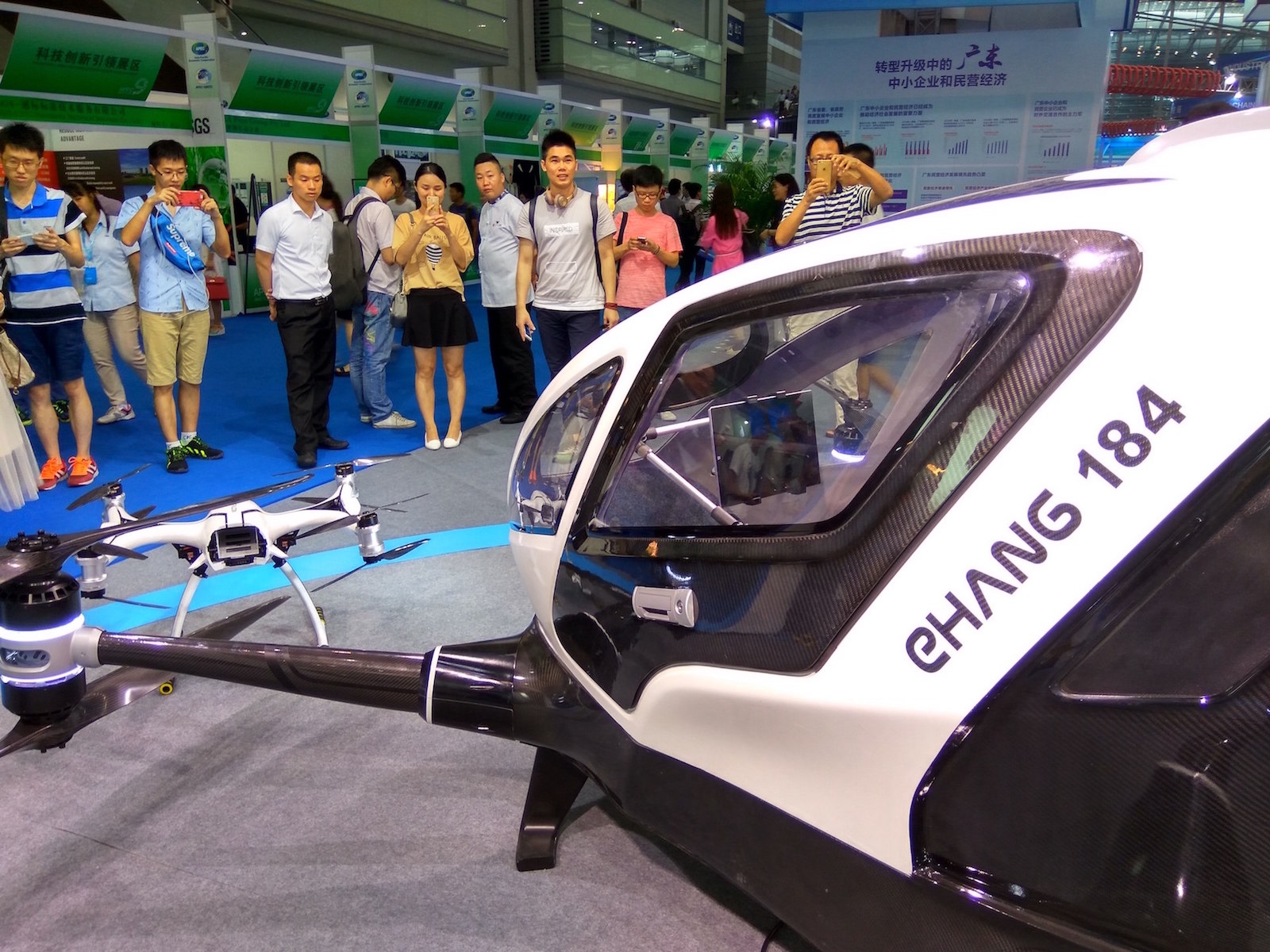 From the inside, you can see that it's controlled by an Ipad-looking device.

Techies and geeks, don't miss out on this very special event!