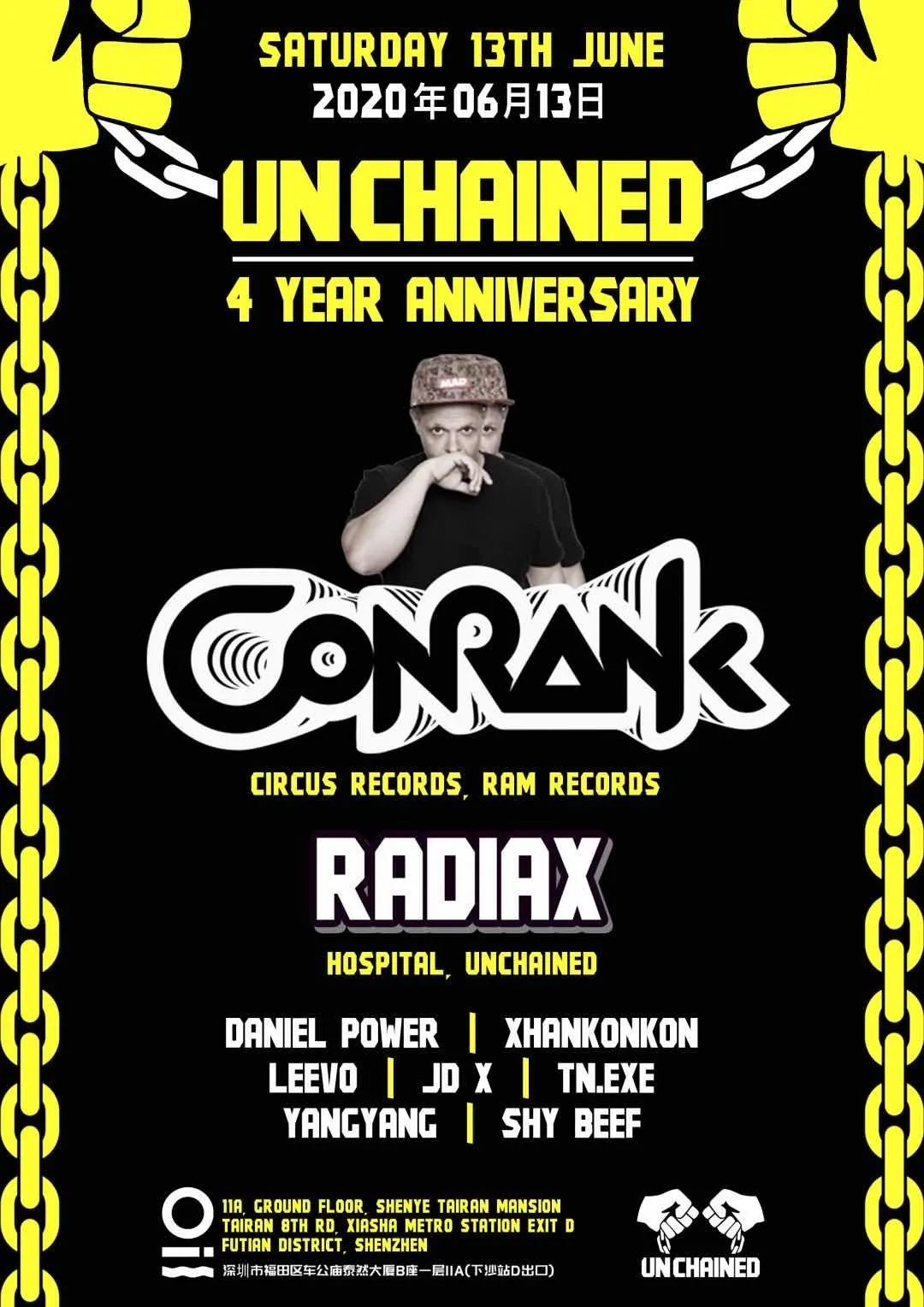 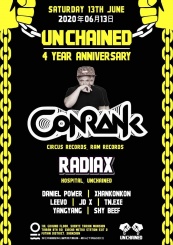 From 2018 to 2019, Unchained has gathered the world's top dancing musicians for two consecutive years. The official warm-up party of the Outlook Music Festival, the super-large Bass Music cultural event, most anticipated by European nationals, has moved into the OIL Club .

On their four-year anniversary on on June 13, besides the concert of Unchained and Shenzhen-based active DJs, ConRank, a musician from the British shocking bass scene, will also be featured!