Some big names were there – Chen Duxiu, Li Dazhao and a certain Mao Zedong – as was one particularly long one: Hendricus Josephus Franciscus Marie Sneevliet.

As you’ve probably guessed from his (numerous) names, Henk, as he was known, wasn’t Chinese. He was a Dutchman, and a representative of the Russian Comintern.

Born in Rotterdam in 1883, Sneevliet began working for the Dutch railways, where he became chairman of the union, and one of its more outspoken members.

When an international sailor strike was called in 1911, several of the more radical Dutch unions took part, but the majority of the union movement were against it, leaving Sneevliet alienated and prompting a move to the Dutch East Indies. 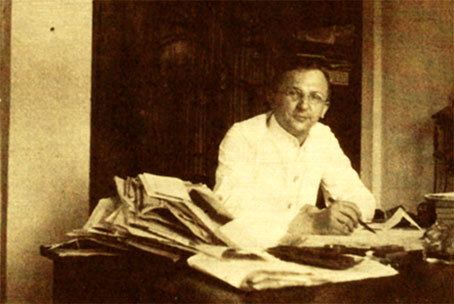 The international fight for world communism continued though, and at the outbreak of WW2 he founded a resistance group against the German occupation, the Marx-Lenin-Luxemburg-Front.

For two years he managed to keep out of the hands of the Nazis, but in April 1942 they finally arrested a 52-year-old Sneevliet and the rest of the MLL-Front leadership. Their execution took place in the Amersfoort KZ concentration camp on April 12, 1942.

A socialist until his dying breath, it is reported that he went to his death singing 'The Internationale.'